Spider-Man: Green Goblin Was Killed By A Powerless Captain Marvel

Spider-Man's villain the Green Goblin was stopped for good by a powerless Carol Danvers, aka Captain Marvel, who had taken over SHIELD from Nick Fury. 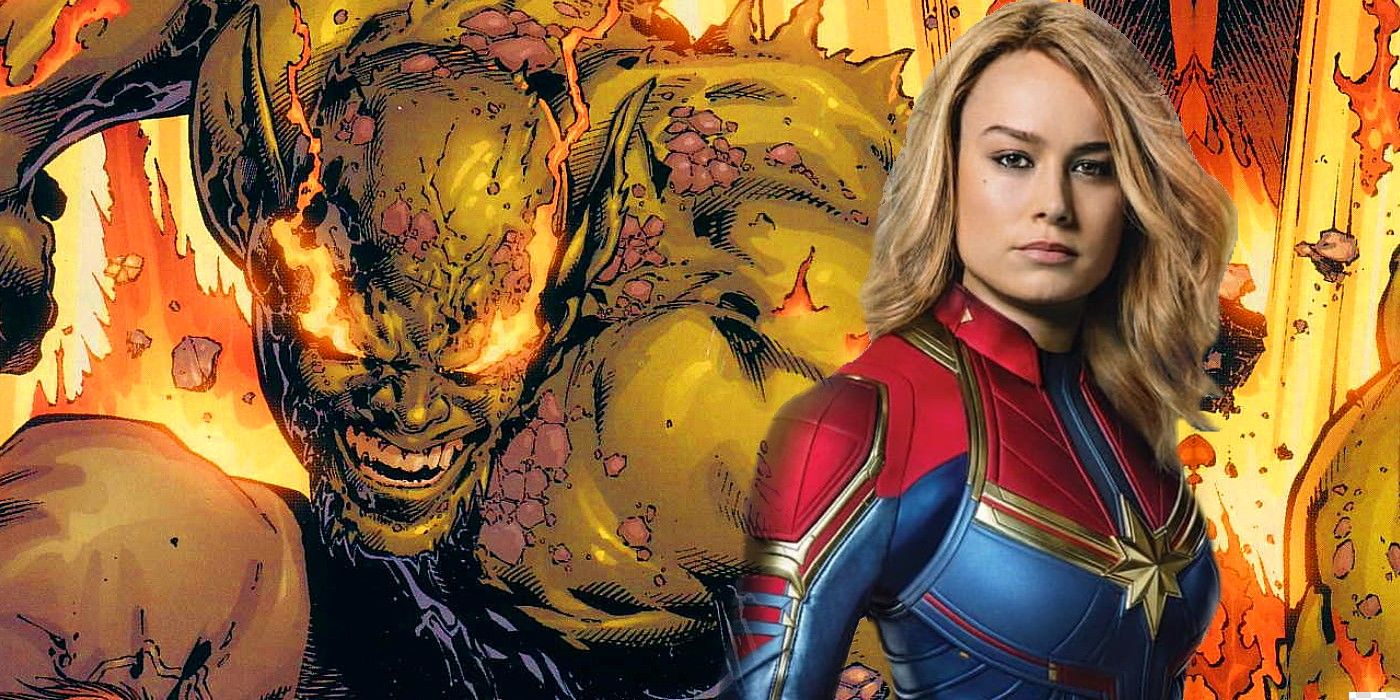 Spider-Man has a lot of genuinely vicious enemies, but the Green Goblin has always been one of the worst. In the main Marvel Universe, Norman Osborn killed Spider-Man's girlfriend Gwen Stacy, drove his best friend to overdose, and even faked the death of his Aunt May. In the Ultimate Universe, Norman was even more unhinged - his Green Goblin wasn't a man in a suit, but a huge, super-strong monster. Surprising, then, that it was a powerless Captain Marvel who took him down.

In the Ultimate Spider-Man series, which takes place in its own "Ultimate" reality, the wealthy industrialist Norman Osborn became the Green Goblin while trying to replicate the Super Soldier serum that created Captain America. Originally the incident was thought to have created both the Green Goblin and Doctor Octopus, but it was later revealed that Harry had also been affected. Exposed to the same super-drug during the explosion, Peter's former friend eventually transformed into the Ultimate version of the Hobgoblin - like the Green Goblin, a hulking, pyrokinetic brute in this reality. Spider-Man had to fight Harry after he transformed, leaving him in SHIELD custody along with his father, who was at least kept at a separate SHIELD location.

Related: Does Spider-Man's Sense Of Responsibility Go Too Far?

In the "Death of a Goblin" storyline by writer Brian Michael Bendis and artist Stuart Immonen, Norman Osborn's attempt to broker a deal previously offered by Nick Fury is turned down by his replacement, Captain Carol Danvers - now head of SHIELD but lacking the powers she possesses as Captain Marvel in the main Marvel reality. Denied the ability to see his son, Osborn powers up and escapes from the Triskelion, killing SHIELD agents and civilians before ending up on national television. Hoping to engage Fury rather than Danvers, the Green Goblin begins sharing government secrets, while adding his own severely schewed perception of events. Desperate, Danvers puts Harry on television, disputing Norman's claims and accusing him of killing his mother and turning Harry into a monster. Danvers gets the result she hoped for - the Green Goblin loses his temper.

On top of a SHIELD helicarrier, Norman reunites with his son, both in their goblin forms. As blow after blow is struck,  the Green Goblin rants about how disappointed he is in his weak and ungrateful son, despite everything Norman has given him. Although Harry puts up a good fight, he is relentlessly pummeled by his father, who is so lost in his rage that he doesn't realize his son has transformed back to his human form until its too late.

The Green Goblin has done the unthinkable and killed his own son with his bare hands. Staring at Harry's still and bleeding body in the rain, Norman transforms back and simply requests that he be put out of his misery; a request Carol Danvers immediately grants with a shot to the head. Despite his first nemesis seemingly being gone, Spider-Man is left to mourn Harry's death, cradling his body and angrily rejecting Danver's apologies. Later, Peter discusses Harry's death with his high-school homeroom and gives an emotional eulogy about his friend and how he believes Harry died a hero. Although even death would only be temporary for the Green Goblin, and his never-ending battle with Spider-Man would continue, his murder of Harry was still one of the worst things Norman Osborn has done in any universe - it's hard to blame Carol Danvers for taking the shot.

'Monkey' or 'Moor'? Biden surrogate under fire for bizarre...

6 Injured In Hire-Rise Fire In The Loop Near Maggie Daley...

Six people were injured in a high-rise fire in The Loop early Tuesday morning.

Putting Together A Financial Gameplan During Pandemic

Attacking Joe Biden will only get the president so far, they said — ultimately the...

A plan to collect money from fellow officers led to trips to buy beds, cribs, mattresses,...

As it is after every violent weekend – especially when kids become victims – the...