Spider-Man's Entire Family Has A Weird Bond With Symbiotes

Venom’s obsession with Spider-Man extends well beyond Peter Parker - in fact, the entire Parker family has tangled with at least one symbiote. 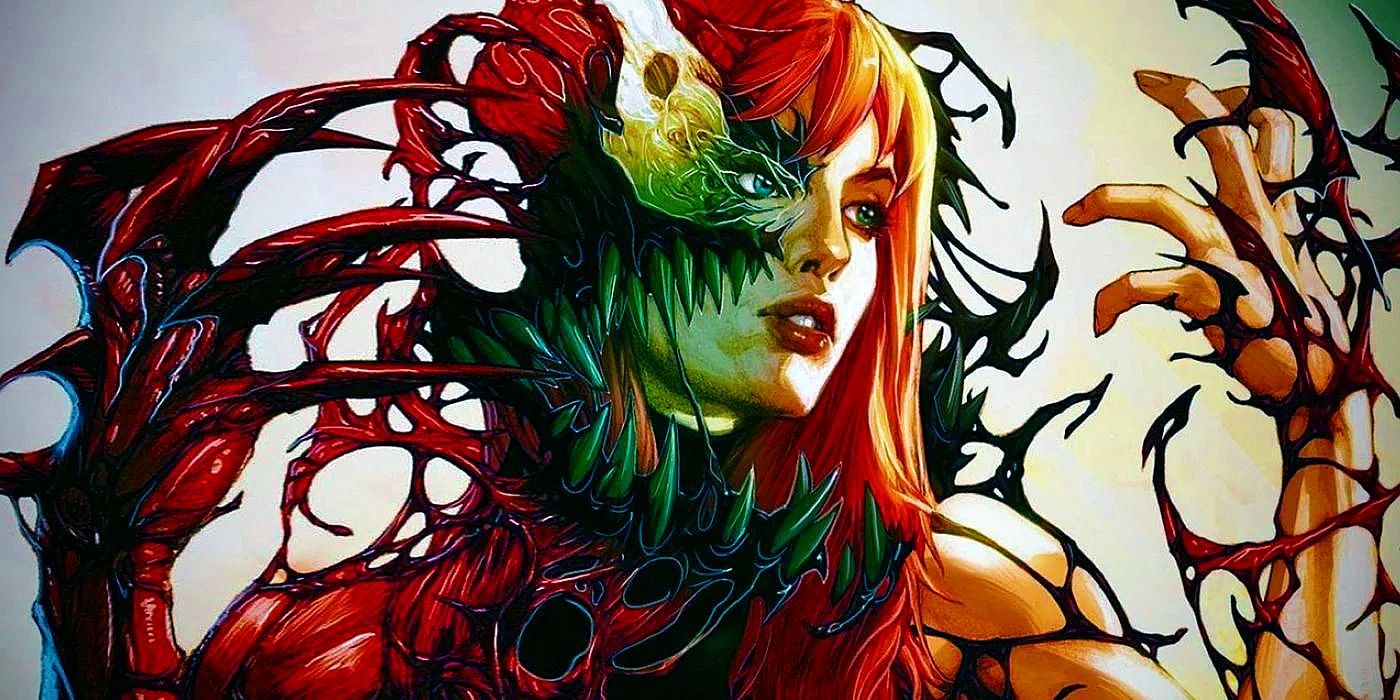 Spider-Man and Venom have a decidedly complicated relationship. Although the alien symbiote regularly claims he wants to “eat your brain!” Venom’s interest in Spider-Man goes beyond seeing him as a food source. The Venom symbiote actually has a twisted love/hate relationship with Peter Parker, seeing him as an ideal host but resenting him for abandoning it. As it turns out, however, this creepy relationship extends well beyond Peter and the symbiote…

Indeed, over the years virtually every member of the Parker family has had a dysfunctional relationship with an alien symbiote. While the circumstances vary, it would appear that despite having a long-standing feud with the Spider-Man family, neither the Venom nor Carnage symbiote can keep its tendrils away from the hapless Parkers. Let’s take a closer look at which Parkers have spent some quality bonding time with a symbiote…

When the Venom symbiote first bonded with Eddie Brock, the unholy duo decided to attack Spider-Man psychologically by terrorizing his wife, Mary Jane Watson. While MJ was left with lasting emotional trauma from her ordeal, this didn’t prevent her from bonding with several symbiotes of her own over the years.

In Spider-Man: Renew Your Vows, MJ got to share her husband’s spider-powers when a special suit allowed her to access some of his strength and become the hero Spinneret. However, this proved dangerous to Peter since he was often denied the strength he needed in critical situations. To solve this, Mary Jane acquired a new biotechnological suit provided by Liz Allan - which turned out to be the Venom symbiote. Although the suit did provide MJ with great power, it also tried to make her kill Spider-Man, but Mary Jane was eventually able to bring the suit under her control.

MJ would continue to have bad experiences with symbiotes in other universes. In one issue of Spider-Man/Power Pack, the fashion designer Mary Jane was working with created a new fabric based on the Venom symbiote which allowed his clothes to morph into different dresses and outfits. However, when the symbiote fashions sensed Peter Parker in the room, they transformed MJ and the other supermodels into Venom clones and attacked Spider-Man and Power Pack.

Related: Spider-Man vs. Venom: Who Won More of Their Comic Fights?

Mary Jane’s daughter May “Mayday” Parker (aka Spider-Girl) has had both good and bad experiences with symbiotes in the alternate MC2 future. Although the Venom symbiote took over her father Peter Parker and tried to kill her, it later reverted to a friendlier, more docile state and saved May’s life when she received a near-fatal stab wound. May came to realize that the symbiote had been mistreated all of its life, but could be a force for good - something the symbiote proved when it sacrificed itself to save May from another villain. Another May came to the same conclusion when she took to using a different Venom symbiote as a crime fighting partner in the Earth X Universe, much to her father’s dismay.

May’s brother Benjy, sadly, had a terrible experience with a symbiote. During one harrowing storyline, a piece of the Carnage symbiote infected Benjy, turning him into a Baby-Carnage. Benjy went savage in this form, but May managed to blast the symbiote off of him with a sonic canon, although the intense noise left Benjy with partial hearing loss.

The Parkers’ complicated relationship with symbiotes was highlighted by the arrival of “April Parker,” a clone of May whose DNA was fused with a symbiote early in her gestation. As a result, April was part symbiote and could shapeshift and use Venom-style powers without bonding with another alien. Although May and April attempted to create a sisterly bond, April’s jealousy and aggression got the better of her and she later killed May, along with multiple heroes. Later, she repented by traveling back in time and sacrificing herself to keep her younger version from killing her sister.

Aunt May probably isn’t someone most would think of as a host to a symbiote, but one terrifying version of her became a hideous version of the Carnage symbiote. This May Parker was actually an alternate version of a heroic Aunt May who acquired spider-powers and protected her city as “Spider-Ma’am.” Unfortunately, not all of her multiverse counterparts were so benevolent, as Spider-Ma’am discovered when she faced off against an alternate version of herself who had been corrupted by the Carnage symbiote. To make matters worse, this Carnage-May is assisted by evil versions of Uncle Ben and a teenage Peter Parker. Luckily, Spider-Ma’am and Miles Morales manage to send the symbiote back to its original universe.

Peter Parker’s clone/brother Ben Reilly (aka the Scarlet Spider) had his own horrible experience with a symbiote. During a moment when Ben had taken over Peter’s Spider-Man duties, the Carnage symbiote escaped and infected Ben, turning him into a “Spider-Carnage.” Ben attempted to control his new, destructive urges, even when the suit encouraged him to kill Peter Parker to ensure that he was the only “real” Spider-Man in the world. Fortunately, Ben managed to get the symbiote to reattach itself to Cletus Kassidy and free himself of its influence, although the memories of his time as Spider-Carnage continued to haunt him.

In many ways, the symbiotes and the Parkers have a family feud as dangerous and deadly as the Hatfields and the McCoys. Where other families might fight each other over land or titles, however, the symbiotes seek to take over something far more precious - the bodies and minds of the Parkers. To be sure, a select few spiders and symbiotes have managed to come to an understanding and even a beneficial partnership, but on the whole, the feud has been very destructive. Ironically, symbiotes have as contentious a relationship as each has with Spider-Man himself, so it's not just that the symbiotes feud with the Parkers - they also feud through them!

Next: Spider-Man Family Can Join The MCU (Just Like Marvel/DC Crossovers)

Too Hot to Handle's Nicole, Lydia, & David Have Wild House...