Despite attempts to appear less radical, the Alternative for Germany faces prospect of official surveillance. 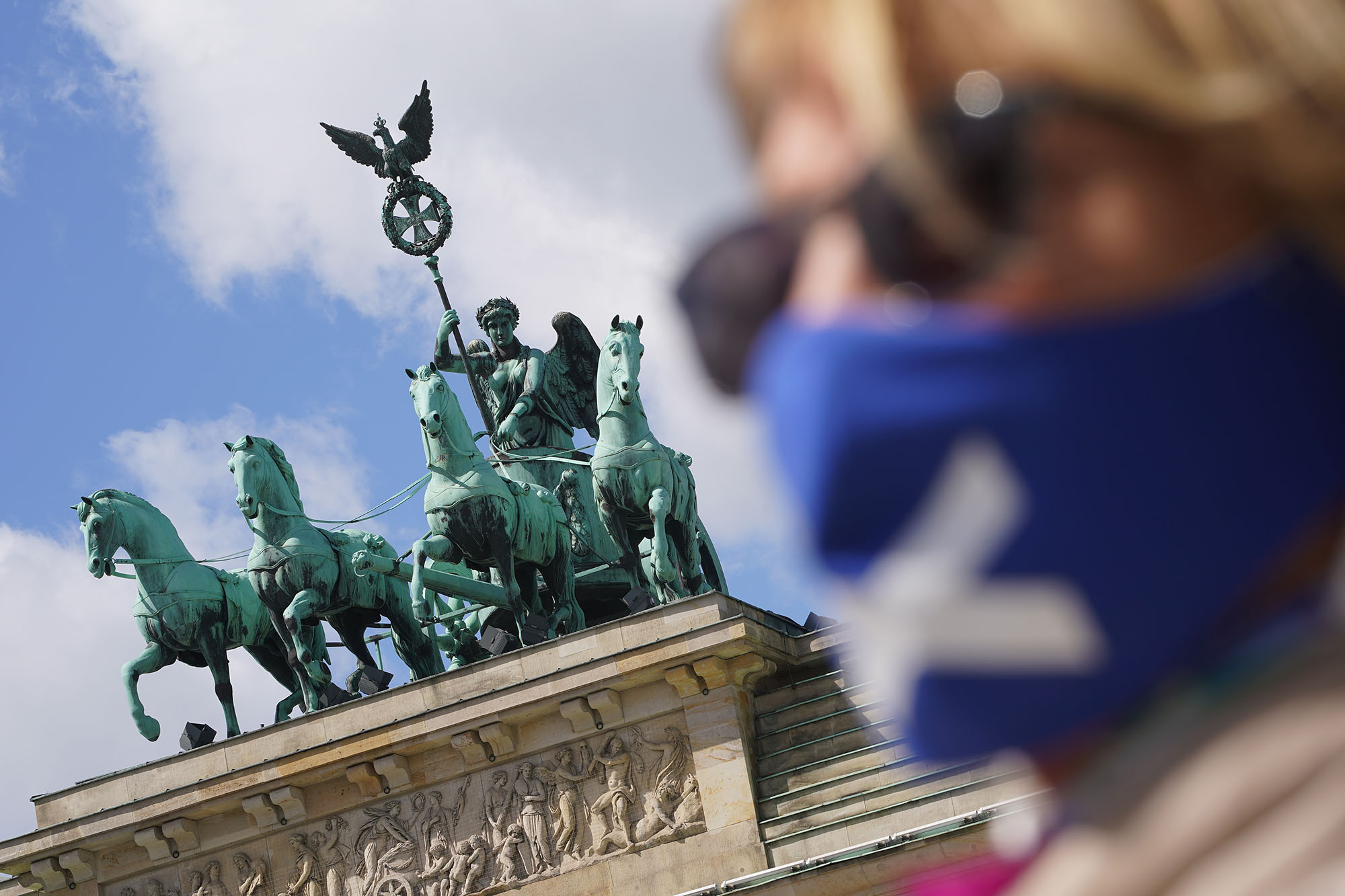 Does Germany need to protect its citizens from the lure of the far right?

That question has incited passions in Berlin this week as the domestic intelligence service, known by its German acronym, BfV, weighs whether to put the Alternative for Germany (AfD) party under surveillance for suspicion of right-wing extremism.

According to Germany’s constitution, “parties whose … supporters behave in a way aimed at impairing or eliminating the free democratic basic order … are unconstitutional” and can thus be banned by the Federal Constitutional Court.

For the court to make that decision, it needs evidence unearthed by the BfV first, which is why the agency has far-reaching means to surveil a party once it is deemed to merit “suspicion.” That designation gives authorities the right to tap members’ electronic communications and even plant undercover informants in the party ranks.

While the AfD’s far-right tendencies are no secret, the party is also the largest opposition group in the Bundestag, the German parliament. That makes the decision over whether to move the party closer to a ban particularly fraught. It also risks being seen as confirmation of one of the AfD’s core themes: that “the establishment” is out to get it.

Interior Minister Horst Seehofer has therefore been taking his time to assess a 1,000-page report sent to his ministry by the BfV on whether there are grounds to put the AfD under surveillance. Any legal setback later on would be an embarrassment, much like two unsuccessful attempts to ban the neo-Nazi NPD party in 2003 and 2017, defeats vexing Berlin to this day.

The first attempt failed in 2003 when the Federal Constitutional Court decided that a large amount of BfV informants in the party, including its leadership, made it impossible to determine to what degree the NPD had been controlled from the outside. Fourteen years later, the second attempt failed because the judges deemed the NPD’s threat to democracy too insignificant to warrant a ban of the whole party.

Andrea Lindholz, who chairs the Bundestag’s interior committee and is a member of the Parliamentary Oversight Panel that controls Germany’s security agencies, expressed confidence that any decision to put the AfD under surveillance would be legally watertight. “The interior minister attaches the greatest importance to ensuring that the decision is as legally secure as possible,” said Lindholz, a member of Bavaria’s Christian Social Union (CSU), the same party as Seehofer.

The debate over whether to put the AfD under surveillance comes as Germany is reflecting once again on the darkest chapter of its history. On Wednesday, the German parliament observed Holocaust Memorial Day, with an address by a Holocaust survivor who spoke out against the AfD. Saturday marks the 88th anniversary of Adolf Hitler becoming chancellor of the German Reich.

Germany’s handling of the case is also being watched closely by countries across Europe, where the struggle to incapacitate populist far-right movements has become a perpetual challenge.

After reports earlier this month that the intelligence agency was likely to put the entire AfD under surveillance soon, the party reacted immediately. Alarmed by the prospect of being surveilled during a pivotal election year, the AfD filed lawsuits in a Cologne court to avoid being placed under official suspicion by the BfV.

A few days earlier, on January 21, the AfD’s co-chairman Jörg Meuthen, an MEP, published a press release, noting that an internal document from the Berlin state-level branch of the BfV concluded that “there are no sufficient factual indications of anti-constitutional aspirations on the part of the AfD Berlin that could justify an elevation to the status of a suspicion case.”

The fact that the AfD even had access to the internal paper caused irritation in Berlin, as it strongly suggested that there is a mole at the agency. Reacting to the leak, Berlin’s interior minister, Andreas Geisel, said there were “methodological flaws” in the paper and suspended the head of the unit that drafted it.

Mainstream politicians say there are good grounds to consider putting the AfD under surveillance. “There are undoubtedly many statements by AfD politicians that prove that this party is not a democratic alternative,” said Lindholz.

The MP also cited the fact that a handful of people invited by AfD politicians tried to disrupt parliamentary proceedings last November, when the Bundestag amended a law, the Population Protection Act, to allow coronavirus-related restrictions.

One of the trespassers was filmed harassing Economy Minister Peter Altmaier. The incidents sparked outrage in Berlin and across the country.

“The incidents surrounding the Population Protection Act have once again shown that within this party there are people who despise and abuse our liberal democracy,” Lindholz said.

Meanwhile, earlier this week the BfV’s branch in the eastern state of Saxony-Anhalt decided to put the AfD under surveillance at regional level. The local party has a reputation for harboring some of the most radical AfD members.

Back in Berlin, last week local media reported that according to sources in the BfV, the person suspected of leaking the internal document to the AfD was a “Maaßen guy,” an allusion to the agency’s former president Hans-Georg Maaßen, who was sent into early retirement in 2018 amid allegations — which he denied — that he sympathized with some of the AfD’s more radical views.

The issue of Maaßen’s alleged ideological closeness to the AfD was also raised during a government press conference in Berlin this week, as the former spy chief worked for the law firm that represents the AfD in the suits the party filed in the Cologne court. A spokeswoman for the interior ministry said it would have to be examined whether the situation raises any legal concerns.

But before the issue was taken any further, Maaßen announced on Tuesday that he would stop working for the law firm as he could become a witness in the case.

Maaßen, a member of Angela Merkel’s CDU party but an outspoken critic of the chancellor’s centrist course, was once accused of advising the AfD to tone down its radicalism so as to become a more sustainable movement. He denied those accusations but his rightist views, which he regularly airs on Twitter and elsewhere, have earned him a reputation for being at least AfD-friendly.

Irrespective of Maaßen’s role, calls for moderation within the AfD have grown louder in recent years, notably from co-leader Meuthen, who wants to dissipate fears that his party is a right-wing extremist time bomb. The AfD published a declaration this month asserting that the whole party “is unreservedly committed to [a definition of] the German people as the sum of all persons who possess German citizenship” and not, as many extremists would prefer, a matter of “blood.”

The declaration was signed by Meuthen, deputy leader Alice Weidel and many other senior AfD politicians, including Björn Höcke, the leader of the AfD in the eastern state of Thuringia who has gained notoriety by frequently making racist and fascist remarks. Höcke, who has ties to neo-Nazis and has been under surveillance by the BfV since last year, was also co-leader of the AfD’s right-wing extremist Flügel (“wing”) faction, which was officially dissolved in April 2020.

But doubts persist as to whether the faction’s radical ex-members have actually ceased to collaborate and wield influence in the party.

“Many members of the [Flügel], which is classified as definitely being right-wing extremist, are still active in this party,” Lindholz said. “Höcke is still the leader of the parliamentary group in the state parliament of Thuringia. Surely all this shows that the sudden dissolution of the Flügel was ultimately just a fig leaf born of necessity.”

The trouble with coronavirus death tolls

Commission’s magical thinking won’t save us from the coronavirus...

Pilot dies after US military aircraft crashes into North...