Spring racing sparks up this weekend with Group 1 racing in Sydney and Melbourne, supported by some massive fields packed with horses planning big things later in the carnival. Last week? Farnan? Wow! I’m not sure he would have won anyway considering how good Rothfire was, but that early blitz left me scratching my head […] 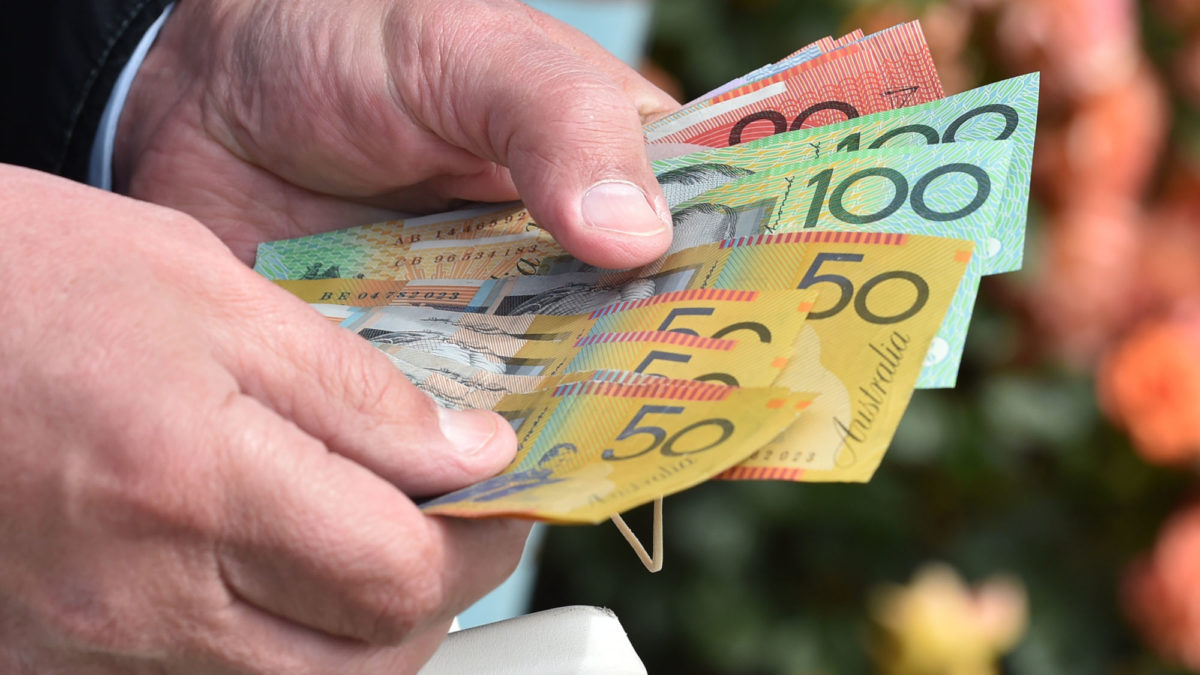 Spring racing sparks up this weekend with Group 1 racing in Sydney and Melbourne, supported by some massive fields packed with horses planning big things later in the carnival.

Last week? Farnan? Wow! I’m not sure he would have won anyway considering how good Rothfire was, but that early blitz left me scratching my head and with a hole in my pocket. I note that Hugh Bowman has copped a ban for his ride (which he’s contesting). Bring on the re-match, I say.

It is a slightly different format this week. With everything that’s going on I’ll take 16 units, aiming to extend my nice ten per cent margin with a few wins in both states.

Units bet: 330
Units won: 360.40
Stats are based on one unit being equal to a $1 win bet New South Wales dividends. See the comments for any changes based on scratchings or track condition.

Race 1 – 11 Athiri (one unit)
I have the two Godolphin horses as the top raters here. Athiri is slightly on top with the huge weight drop. Her last start numbers are even okay, particularly considering the butcher job by the jockey. Zakat has been more consistent and is in nicely too. That is no knock on Jay Jay D’Ar. His win last start is the main reason I have a nice little profit cushion in my yearly tally. Athiri is three kilos better for their last contest so I am going that way. Partners is the other one who will give them something to chase.

Race 3 – 12 Discharged (one unit)
Discharged backs up quickly from his all-the-way win last week. I like that, and see no reason he can’t repeat the dose this time. The 1600 should be okay and he should be right to lead easily enough from the inside draw. I have Nimalee as the big danger sitting just behind the speed. Matowi and Fun Fact are the other players.

Race 4 – 1 Dame Giselle (one unit)
I am sticking solid with Dame Giselle. That horse has won twice this prep at this class, and stays at 56 with the set weight set-up. She has my trust (for now). There are big tips around for Hungry Heart. They look like the fillies to stick with over the carnival at this stage.

Race 5 – 5 Probabeel (one unit)
I am sticking with the shorty here. Probabeel was great first-up, gets to her pet 1400 trip, flies second-up and loves the dry surface. Quackerjack and Reloaded are in the mix on their best form and The Candy Man, now with Team Snowden, creates interest if he runs here instead of at Newy on Friday.

Race 6 – 1 Avilius (one unit)
This is a ripping top-level contest, even with the small field for this year’s George Ryder. I took Avilius first-up. He got too far back and charged when it was all over. At his preferred Randwick mile he can make amends here. Dreamforce was back to his best last start and can control things from in front. Verry Elleegant was superb fresh and has come back as a potential star, just taking the top weight to maybe run a stronger mile.

Race 7 – 3 Classique Legend (one unit)
I’ve been waiting for Classique Legend’s return. A guy I play golf with is all over him for the Everest and I’m very interested. He was half a length off Pierata in this last year, unlucky in the big one, and great in his only run this year. Bivouac is another one having an Everest audition. If he repeats his Newmarket form, he’s got this. Eduardo is a gun, Standout is undefeated at 1100, and Tactical Advantage is a silly price first-up.

Race 8 – 6 Taikomochi (two units)
I am going with one of my favourite combos: Clark/Waterhouse/leader with the big field in the distance race of the day. Taikomochi has given Mugatoo weight twice this prep and been in the mix. He’s in nicely for this and he’ll give a nice kick. Life Less Ordinary goes okay second-up and looks a chance at odds. Carif has drawn the tram stabling area (new reference) but is in nicely with 55. Numbers 15 and 16 could pop up.

Race 9 – 4 The Fire Trap (one unit)
Never fear, it’s speculator time! I am really intrigued by The Fire Trap at any old price to finish the card. He was great winning, and carrying 62 fresh. He didn’t handle the Randwick heavy second-up and was caught out the back last time. Interestingly, his 800-200 split was the fastest of the day. Up to 1400 now and blinkers off, sure!

Race 2 – 6 Ancestry (one unit)
Ancestry has built a good record (four from nine), has trialled well and gets in nicely with the apprentice’s claim. Legionnaire is the main danger for mine.

Race 4 – 7 Front Page (two units)
Another one resuming, Front Page was undefeated last prep, rising in class. I am happy to speculate that he’s better than his opponents here. I don’t mind Fine Dane (one and a half lengths off Bella Vella and down in weight), and Crystal Dreamer (third in the Oakleigh Plate in February).

Race 5 – 3 Fabric (one unit)
I loved the way Fabric finished-off first-up. That horse get a nice weight drop into this, and 1400 suits.

Race 7 – 14 Game Keeper (one unit)
What a race! A zillion horses over 2000 in a mid-quality, middle-distance affair. I’m taking Game Keeper. He’s got a great overall record, is now reaching peak fitness and is at his preferred trip. This horse has come back well and is in good hands.

Race 8 – 15 Tagaloa (one unit)
This is a sensational edition of the Rupert Clarke. I’m having a nibble at the three-year-old Tagaloa. He franked his Blue Diamond win with a solid Golden Slipper, came back well this prep and is in it at the weights.

Race 9 – She’s a Thief (one unit)
I am hoping She’s a Thief can steal the last at Caulfield (get it?). Her July win was slick and she’ll run along. Lyre rates highly, and is short enough for me.

Good luck. I’ll keep you posted with comments below. Please hit me up with your best bets and tips and thoughts about the day.

Van Morrison Has A Trio of Anti-Lockdown Protest Anthems