Author: Amresh Lavan Gunasingham, RSIS A year has passed since last April’s Easter Sunday bombings, when Sri Lanka was hit by a wave of suicide bomb attacks carried out by a terrorist cell linked to the so-called Islamic State (IS) on three luxury hotels and three churches. The attacks came as a shock — Sri […] 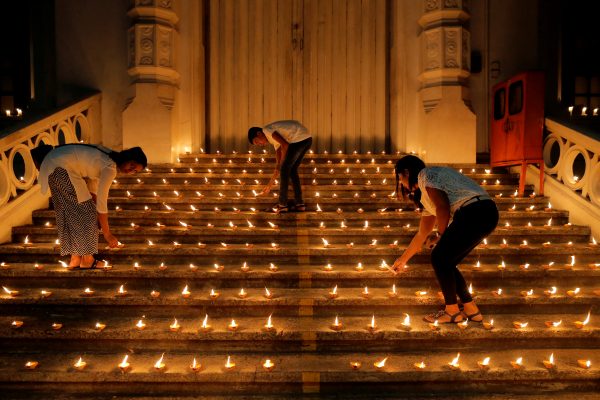 A year has passed since last April’s Easter Sunday bombings, when Sri Lanka was hit by a wave of suicide bomb attacks carried out by a terrorist cell linked to the so-called Islamic State (IS) on three luxury hotels and three churches. 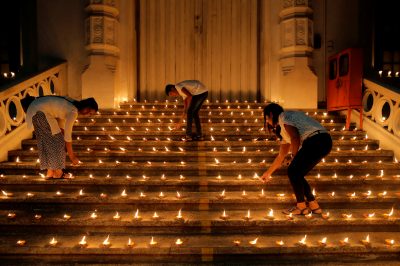 The attacks came as a shock — Sri Lanka was not on the international community’s radar as the country had no previous history of Islamist terrorism. These were also the first attacks in which the perpetrators deliberately targeted foreigners and the Christian community. They herald a new era of IS-inspired violence in South Asia, one adapted to local political and social conditions.

November 2019 saw the election of Gotabaya Rajapaksa, a controversial figure who ran a presidential campaign prioritising security. He has assiduously set about rebuilding the security arms of the state, including the intelligence services.

While peace and stability appear to be restored, Sri Lanka’s conflict-ridden history indicates security risks are ever-present. The forced cremation of members of the Muslim community who succumbed to COVID-19 in Sri Lanka is causing anguish in the community and led to accusations that the authorities are violating Islamic burial rites. The Health Ministry claims the standard procedure for disposing of bodies is cremation.

The issue has become a point of consternation amid the COVID-19 pandemic, with anti-Muslim sentiment increasingly being stoked online and in some sections of the Sinhala-majority national media. Given that IS took advantage of longstanding local tensions to recruit into its networks for the Easter attacks, such developments will require effective countering.

There is a rehabilitation and disengagement program, modelled on a similar initiative created a decade ago to de-radicalise former LTTE cadres, currently in place in Sri Lanka as part of a national action plan to address violent extremism. An estimated 200 individuals linked to the Easter bombers are currently either detained in police custody on court orders obtained under the Prevention of Terrorism Act or remanded by the courts under the same law.

Since policies regarding the management of terrorism-related offenders have the potential to exacerbate security risks, it is important for Sri Lankan authorities to continually evaluate their strengths and weaknesses. Prisons have played an instrumental role in sustaining many radical organisations worldwide, offering groups a potential pool of vulnerable individuals to recruit. In Europe and the Middle East, some prisons are frequently cited as facilitating the spread of radical Islamist ideology.

Following the announcement of a support package from the European Union to assist Sri Lanka’s counter-terrorism efforts in July 2019, the need to strengthen security systems in facilities housing militants, as well as provide appropriate infrastructure and staff training, was highlighted. This provides a structured environment for de-radicalisation efforts.

The government also aims to put in place a more robust regulatory framework around which the curriculums of madrassas (Islamic religious schools) can be updated. Such schools have long come under scrutiny for facilitating the spread of Wahhabism. The government is also planning a scheme to assess and recognise qualified religious teachers, in response to fears the spread of extremist ideology on the internet is contributing to radicalisation among some young Sri Lankans.

But while necessary, these changes should be complemented by more far-reaching reform of the broader national education system. Sri Lanka’s education system is heavily ethnicised and for decades has impeded efforts to foster inter-ethnic and religious harmony, while at the same time failing to produce an adequately skilled workforce equipped for the demands of a global economy.

Long-standing lapses in governance at the local and municipal levels also need to be addressed. For years, radicalisation within the Sri Lankan community was largely treated as an intra-Muslim phenomenon. Senior Sinhala Buddhist politicians, in courting influential local Muslim politicians and their respective vote banks, granted the latter leeway to tackle municipal and local policing issues. That has too often meant turning a blind eye to potential problems.

In addition to a whole-of-government approach to addressing violent extremism, Sri Lanka also requires effective programs to counter violent extremism at the community level. Such programs should not only promote moderate forms of Islam, which have increasingly been marginalised, but also aim to improve the socio-economic conditions of impoverished Muslim communities.

In some communities, moderate Islamic scholars are attempting to take the lead in promoting moderate forms of their faith — through study sessions, lectures and other mediums. Youth volunteers have also stepped forward as social media influencers. They disseminate positive content and engage their community in dispelling misconceptions and suspicions about other communities and government policies.

But terrorists constantly respond to the environment in which they operate. IS and its networks are no different. The months following the Easter attacks saw longstanding ethnic and religious tensions fray further in Sri Lanka, with the Muslim community subject to discriminatory campaigns and even violence orchestrated by Sinhala Buddhist extremists. Fear and mistrust pervade among many Muslims today, and the IS narrative will continue to find resonance among impressionable young minds.

Addressing longstanding socio-political and historical grievances involving the minority Tamil and Muslim communities remains another vexing issue. A United Nations report released in March 2020 voiced concerns about a possible reversal of past commitments made by the government to address impunity and reform state institutions. This, it warned, would set back the promotion of reconciliation, accountability and human rights as well as erode important institutional safeguards.

How the coronavirus complicates the US–Philippine alliance