Star Trek Discovery: Why Dilithium Is So Important (& Dangerous) Explained

Star Trek warp space travel is powered by dilithium crystals; however Discovery season 3 reveals a problem with depending on the element. 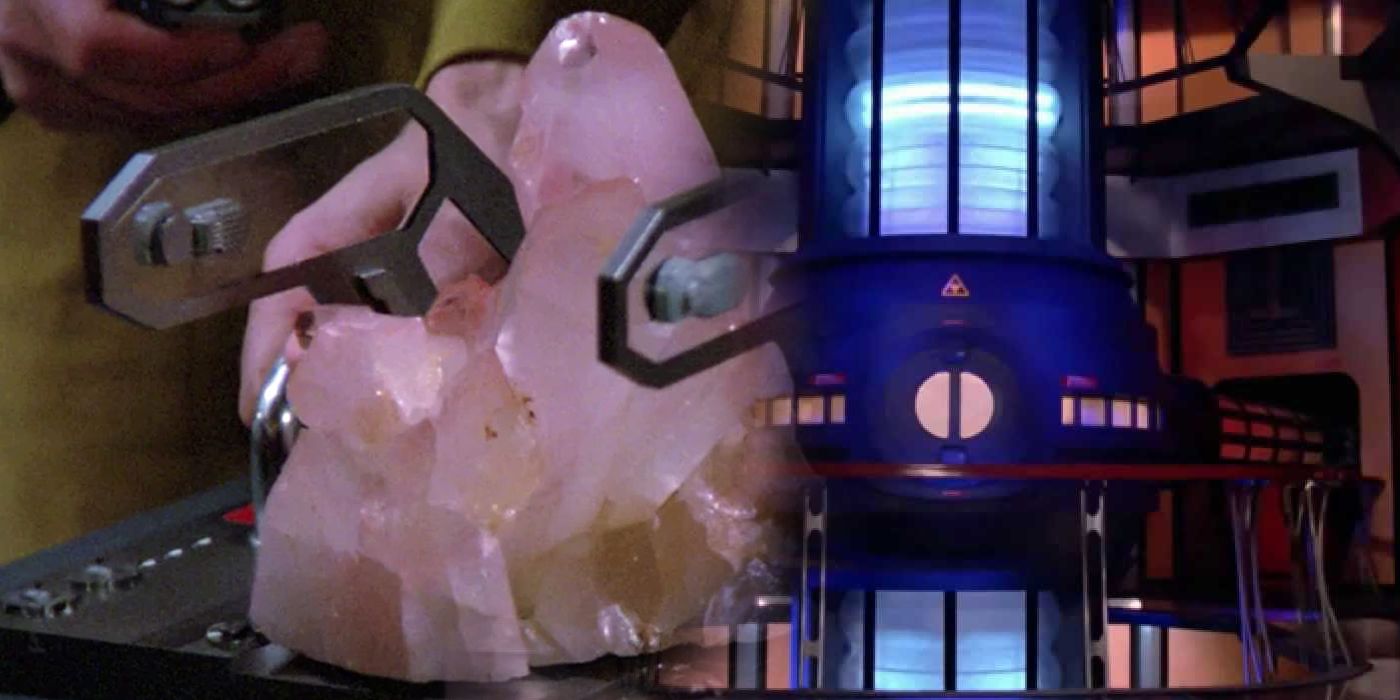 Ever since The Original Series, Star Trek has used dilithium crystals as the power source for warp engines; Star Trek: Discovery season 3 reveals why the element is so important — as well as dangerous. Set in the future, this long-running sci-fi franchise uses technobabble in the narrative to explain its physics, with a set of fictional terms, concepts, and rules. Dilithium crystals are a crucial part of spaceflight in the world of Star Trek, and the element often serves as a MacGuffin. Discovery shows a future where the element is hard to come by — and the shortage appears to have had a disastrous effect across the galaxy.

The  season 3 premiere, "That Hope is You, Part 1," continues where the season 2 finale left off, showing Commander Michael Burnham (Sonequa Martin-Green) flying through a temporal wormhole, thrown 900 years into the future. Burnham, who is stranded from her crew onboard the USS Discovery, quickly discovers that she has been successful in her mission of preserving life — but the future is not what she had expected.

Related: Star Trek: How Time Travel Works In Each TV Show And Movie

Burnham learns in the premiere that dilithium is in short supply in the year 3188, and that Starfleet, as well as the United Federation of Planets, is effectively gone — all thanks to a cataclysmic event referred to as "the Burn." According to Burnham's new ally Cleveland "Book" Booker, "the Burn" occurred when dilithium destabilized, causing countless lives. Not only were many starships destroyed, but warp travel became much more difficult without the precious resource.

In Kirk's era, dilithium crystals were introduced as a crystalline element used in starship engines. Rather than being a fuel, crystals are actually more like a regulatory substance: in dilithium crystals are uniquely capable of regulating the matter-antimatter reaction in a ship's warp core. The crystals get spent in the process, however. The element is naturally occurring but rare, making dilithium mines and dilithium storage facilities important in the Star Trek universe — and appealing targets for attack. In the Discovery short "Runaway," Po — Queen of the mining planet of Xahia — reveals the possibility of "recrystallizing" dilithium: a possible game-changer for not just spaceflight, but the economy in general.

Star Trek also establishes that dilithium crystals are potentially volatile. Because the crystals are an essential part of the warp core's functionality, any problem with the crystal could result in potentially catastrophic effects in a starship's engine. Emergencies with the warp core is a common conflict across all Star Trek properties — and a warp-core breach will easily obliterate a starship, with a complete warp-core ejection often being the only course of action to avoid complete destruction. The materials within the core are volatile: in one Star Trek: The Next Generation episode, terrorists attempt to steal an extremely-volatile warp-core byproduct, trilithium resin, to use to manufacture weapons (and are subsequently blown-up by it). Based on the name, the resin is presumably produced by the use of dilithium. Furthermore, there is evidence that the crystal itself could be dangerous: in : Lower Decks, Ensign Sam Rutherford references the danger of "dilithium burns."

Mad Max: What Happened To The Oceans (Did They Disappear?)