Ever wonder how Anakin Skywalker got Padmé to fall in love with him after delivering such cheesy dialogue? Star Wars comics provide the answer! 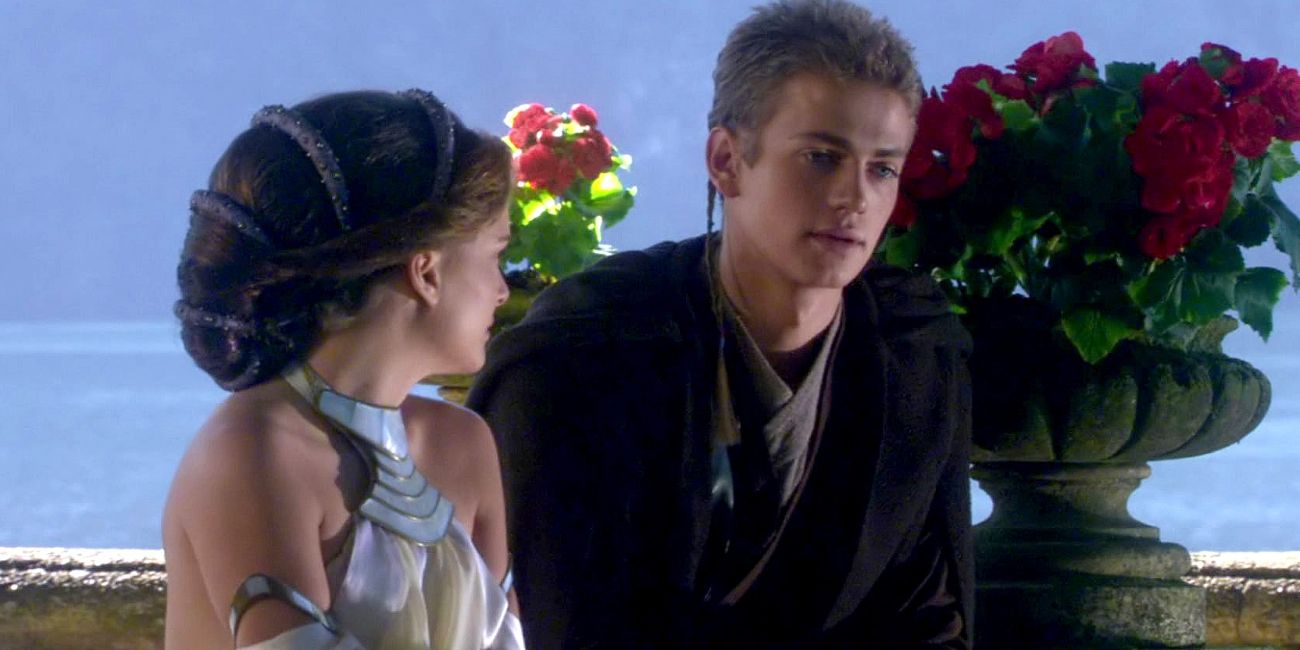 George Lucas is a man of many talents – but the creator of Star Wars got some serious flack for the dialogue he had Anakin Skywalker use in Star Wars Episode II: Attack of the Clones. What was supposed to be a romantic scene between the Jedi and Padmé Amidala ended up being ridiculed by fans for what Anakin actually said (“I hate sand…” really?). Some fans even speculated that Anakin must have used the Jedi mind trick on Padmé given how terrible he was at winning her heart.

However, the Dark Horse Star Wars comic book Tag & Bink Episode I: Revenge of the Clone Menace actually provides an explanation for where Anakin got his seduction lines from – and why they worked so well. Although the comic was a parody and probably not intended to be canon, the story provides an adequate rationale for why Anakin’s dialogue sounded so oddly written.

The comic follows two Jedi Padawan students – Tag and Bink – who prove to be some of the most incompetent would-be Jedi in the temple. When they try to cheat on a test and accidentally erase some files from the Jedi Archives (providing an explanation for why Obi-Wan Kenobi was unable to locate a map to the planet Kamino), the two boys decide to skip town to avoid getting in trouble. Their journey takes them on the same transport that Anakin Skywalker and Padmé Amidala are on – causing them to be spotted by the “Chosen One” himself.

Thinking fast, Tag – a Corellian well-versed in Han Solo-type pick-up lines – offers to help Anakin seduce Padmé by giving him dating advice. Anakin agrees – leading to the scene by the lake where Tag gives Anakin a detailed script to woo Padmé. However, Anakin goes off script (yes, that “I hate sand” line was completely his idea and not Tag’s), leading the boys to suggest Anakin give Padmé a romantic dinner at sunset.

The boys end up hiding behind a curtain as Padmé – now decked in her infamous black leather outfit – seemingly resists Anakin’s advances. Undaunted, Tag gets Anakin to deliver “line forty” (“We could keep it a secret”) and then instructs him to agree with Padmé’s dismissal of the idea and walk away – causing Padmé to run into Anakin’s arms (according to Tag, he used the “catch-and-release-principle”).

Unfortunately, Anakin and Padmé end up flying to Tatooine the next day, leaving Tag and Bink to fend for themselves on Naboo. Once the war breaks out, the two spend three years trying to get back to the Jedi Temple – only to find a now-evil Anakin slaughtering younglings when they arrive. Fortunately, Anakin recognizes Tag and Bink and decides to spare them in gratitude for their part in helping him seduce Padmé. Promising the boys that if they do meet again, he’ll kill them, Darth Vader walks away, inspiring the boys to hide… in Tatooine.

Considering Anakin’s pick-up lines did sound like some of the hammy dialogue a twelve-year-old might try out on his crush, it actually makes sense that the Jedi was fed lines by a street smart Padawan. Moreover, Tag and Bink ended up playing an unknowingly large role in the events of the original Star Wars trilogy in their other comics, showing that the Force works in mysterious ways… especially when it comes to love.