While the Jedi Order claim to be galactic peacekeepers, the prequels show them blatantly ignoring one of the galaxy's worst horrors - slavery. 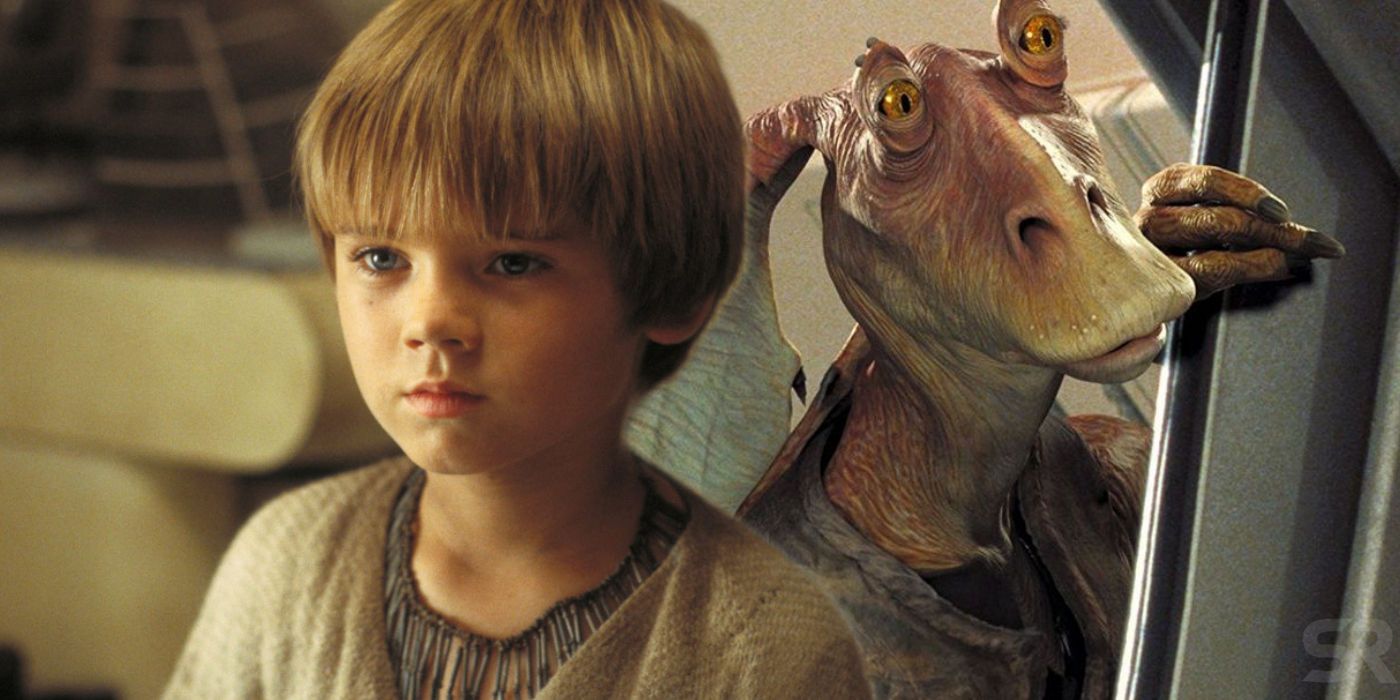 While it's difficult to pin down one specific problem with Star Wars: Episode I - The Phantom Menace, one of the biggest is the film's inability to reckon with the implications of galactic slavery. The first of George Lucas' sprawling Prequel Trilogy, The Phantom Menace introduced audiences to the Galactic Republic, the droid army, and characters such as Qui-Gon Jinn (Liam Neeson), Queen Padme Amidala (Natalie Portman), and a young Anakin Skywalker (Jake Lloyd). Set 32 years before A New Hope, the story follows the Jedi Order's attempts to peacefully end a trade dispute between the Trade Federation and the planet Naboo - events that are intimately tied to the return of the Sith and a sinister conspiracy that threatens the entire galaxy.

Upon release, The Phantom Menace was met with mixed reactions from both fans and critics, who felt that the film failed to live up to the acclaim of the original trilogy. Specific criticism was aimed at Lucas' overreliance on computer-generated effects, the film's convoluted screenplay, and the performances of young Jake Lloyd and Ahmed Best, who played the Gungan Jar-Jar Binks. Despite the reviews, however, the film managed to gross more than $900 million worldwide, becoming the highest grossing film of 1999, and its effects on the world-building and expansion of the universe is irreplaceable.

Related: Star Wars Fans Will Forgive Rise Of Skywalker Quicker Than The Prequels

Among the many missed opportunities of The Phantom Menace, the film's failure to capitalize on the storytelling potential of its politics is one of the worst. In particular, the movie sidelines the much more compelling story of the Jedi Order's opinions on slavery in favor of an half-baked narrative about trade disputes.

When Qui-Gon Jinn first encounters Anakin Skywalker on Tatooine, he and his mother are enslaved by Watto, a Toydarian shop owner who frequently belittles them and exploits Anakin's natural technological skills. On top of this, both Anakin and his mother have been implanted with controlled explosives that can be remotely detonated at any point, adding to the depravity of their situation. Despite their lowly condition, Qui-Gon never goes out of his way to free the slaves out of moral obligation or even decry the institution as a whole. In fact, he only helps to secure Anakin's freedom after realizing the boy is exceptionally powerful in the Force and even makes him leave his mother behind instead of freeing her as well. This childhood of exploitation and servitude define Anakin's later decisions as a character, and the death of Anakin's mother as a result of her life on Tatooine drives him further towards the dark side.

This would be an exceptionally written plotline, except that it isn't focused on in any meaningful way. The fact that it serves as Anakin's incidental backstory feels less like an intentional commentary on the complacency of the Jedi, and more like a subplot that was disappointingly underdeveloped. The Jedi don't comment on the existence of slavery as a reality, despite their self-appointed title as defenders of peace and justice. And even then, when Qui-Gon Jinn brings Anakin before the Jedi Council and requests to train him, the Council doesn't empathize with the boy or try and aid him in his transition out of slavery, instead initially refusing Qui-Gon's request that he be accepted into the Jedi Academy.

Instead of focusing its lens on a largely irrelevant trade dispute, The Phantom Menace could have made the debate regarding intergalactic slavery the main conflict of the film. Instead of the blockade on Naboo being a response to the taxation of trade routes, it could have been a targeted response to an impending vote regarding the fate of slavery throughout the galaxy. This would have centered the conflict at the heart of the story and forced the Jedi into a difficult moral position in which they have to weigh the fate of millions of slaves against the fate of an entire planet. On top of this, the movie could have used the issue of slavery as an opportunity to highlight the tension between Qui-Gon Jinn and the rest of the council.

This decision could have had a positive effect on the rest of the prequels as well. Anakin Skywalker's slow transition to the Dark Side is the tragedy that drives the narrative of the trilogy, and it's in part due to the Jedi Order's manipulation and infantilization of him. If certain members of the Jedi Council were "okay" with the concept of slavery, or were prepared to tolerate the institution due to their unwillingness to interfere, it could have added a new layer of nuance to Anakin's plight. Not only do the Jedi turn their backs on Anakin's emotional vulnerability, but they also turn a blind eye to the dehumanizing practice that claimed the life of his mother.

To be fair, not all of Star Wars media portrays Qui-Gon Jinn as turning a blind eye to the issue of slavery. In the novel Star Wars: Master and Apprentice, Qui-Gon and Obi-Wan Kenobi are tasked with investigating a political dispute on the planet of Pijal, one that quickly spirals into a conspiracy involving the Czerka Corporation, an ancient arms manufacturer. Czerka exploits planetary loopholes within the Galactic Republic to get away with the usage of slave labor, something that the Jedi Council is unable to interfere with due to their self-imposed political neutrality. A side plot in the book involves Qui-Gon Jinn being invited to join the Jedi Council, an offer he inevitably turns down, citing the Jedi's strict adherence to hierarchy and their apathy to the issue of slavery as his reasons why.

Curiously enough, however, other works in the canon seem to confirm that slavery still exists in certain parts of the galaxy. Up until and throughout the Galactic Civil War, the Empire began to discreetly repeal and loosen certain laws that outlawed slavery throughout the galaxy, culminating in certain species being declared "non-sentient" and enslaved, with Wookiees being an example. After the end of the war, slavery still existed in forms despite being outlawed wholesale, continuing as far as the era of the First Order. And we even see evidence of the existence of slave trafficking in The Last Jedi, in the sequence on Canto Bight in which Finn and Rose free a group of enslaved animals but for some reason do not offer that same liberation to the child slaves repeatedly shown.

Star Wars: Episode I - The Phantom Menace failed to capitalize on the implication of the Jedi's acceptance of slavery, and while other stories within the Star Wars universe have tackled slavery tangentially, the canon's treatment of enslaved peoples is one of its most overlooked controversies. Without a direct confrontation of this inhumane practice, Star Wars refuses to address a huge moral blind spot in its mythos - one with the potential to paint the series as dangerously regressive.