A Star Wars photo shows Steven Spielberg dressed up as Darth Vader. Both Spielberg and Vader are icons in cinema for very different reasons. Spielberg has won four Academy Awards and is famously known for his work as a movie director. Darth Vader never won any awards during his tenure as a feared Sith Lord, but his impact on the galaxy at large was legendary.

Darth Vader, of course, was a character created by Spielberg's fellow iconic director and good friend, George Lucas. Lucas created Star Wars back in the '70s and created iconic characters like Darth Vader in his screenplay for 1977's A New Hope. Vader's tragic downfall as the former heroic Jedi ,Anakin Skywalker and his redemption in Return of the Jedi has cemented Vader as one of the most iconic villains in movie history. Lucas intended for Anakin to bring balance to the Force, but he could only do so after embracing the light and dark side of his soul. Spielberg has given creative input on several crucial scenes in the Star Wars films over the years.

Amblin, the official film and television production company founded by Spielberg himself, posted a great throwback photo in honor of Star Wars Day. The image features Spielberg in full Darth Vader regalia, complete with a witty caption. Check out the throwback image below:

Although it's unknown what year this photo was taken, it's still great regardless. What makes the photo even better is the fact that Amblin actually tagged Mark Hamill in the post after including the hashtag, "Luke I could have been your father." Would Darth Vader have followed a different path if he had a supportive friend and creative collaborator like Lucas does with Spielberg? Fans might argue that Obi-Wan was in fact that supportive friend, but Obi-Wan's friendship/pseudo father-son and or brother-brother relationship with Anakin didn't help either of them in the long run.

Spielberg did assist Lucas with some of the moments during Yoda's duel with Palpatine in 2005's Revenge of the Sith. Ten years later, Spielberg was the one to suggest that J.J. Abrams direct 2015's The Force Awakens. Both Spielberg and Lucas have also utilized legendary composer John Williams for many of their films overall. Spielberg and Lucas also correctly predicted that streaming was the future of the film industry back in 2013.

Although film, and Lucas sold Lucasfilm to Disney in 2012, the two men have obviously made their everlasting mark on the entertainment world overall. There are a myriad of iconic movie moments and characters that exist thanks to Lucas and Spielberg. The force has always been strong with Lucas and Spielberg, and Darth Vader is just one mark in a legacy that will never burn out.

Next: What Darth Vader Actually Sees When Wearing His Helmet

Books and comics became a part of the Star Wars canon in 2014. The post ‘The Bad Batch’ Creator Addresses ‘Star Wars’ Canon Retcon In Premiere appeared first on Heroic Hollywood. 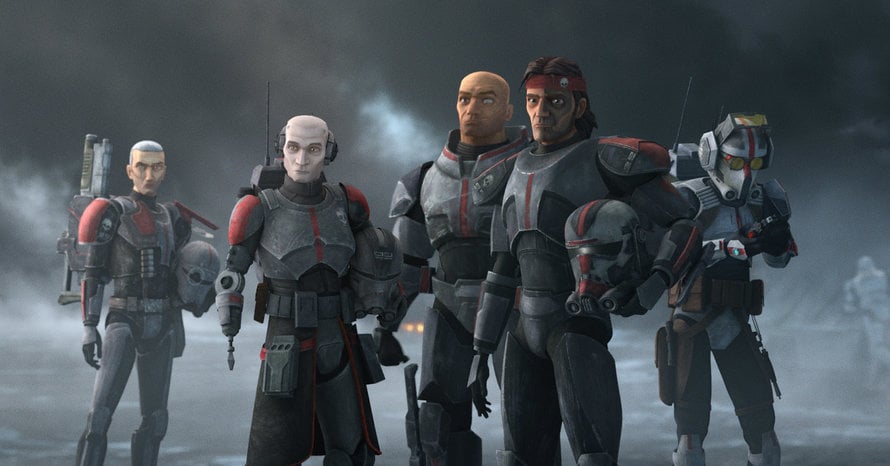 Star Wars: The Bad Batch executive producer Jennifer Corbett opened up about the retcon in the premiere episode of the series.

Spoilers ahead for the first episode of Star Wars: The Bad Batch!

In 2014, Lucasfilm announced that all the Star Wars books and comics would be a part of one canon. As a result, the previous Expanded Universe material also fell under a new banner known as Legends. In the premiere episode of Star Wars: The Bad Batch, we see a young Kanan from Rebels during Order 66. Fans were quick to notice that the scene in the new animated series overrides what we’ve seen previously in the Kanan: The Last Padawan comic book from 2015.

REVIEW: ‘Star Wars: The Bad Batch’ Premiere Is A Solid Follow-Up To ‘The Clone Wars’

Since the Kanan scene in Star Wars: The Bad Batch plays out a little differently, Fandom asked executive producer Jennifer Corbett about the change to canon in the series. Here’s what she had to say:

“I can tell you that that particular sequence we spent the most time on in the pilot, from writing to production to editing to reshooting, because a lot of talk went into how we wanted to portray that pivotal moment with Dave Filoni and with Brad… Everything we did was for a reason and it might not match 100% but it’s sort of just wanting to honor what existed but also give another take on it in this story.”

Are you glad Kanan appeared in the premiere? Do you wish it was closer to what happened in the 2015 comic book? Feel free to share your thoughts in the comments section below!

Here is the synopsis for Star Wars: The Bad Batch:

The series follows the elite and experimental clones of the Bad Batch (first introduced in The Clone Wars) as they find their way in a rapidly changing galaxy in the immediate aftermath of the Clone War. Members of Bad Batch — a unique squad of clones who vary genetically from their brothers in the Clone Army — each possess a singular exceptional skill, which makes them extraordinarily effective soldiers and a formidable crew. In the post-Clone War era, they will take on daring mercenary missions as they struggle to stay afloat and find new purpose.

Star Wars: The Bad Batch is executive produced by Dave Filoni, Athena Portillo, Brad Rau, and Jennifer Corbett with Carrie Beck as co-executive producer and Josh Rimes as producer. Rau is also serving as supervising director, with Corbett as head writer. Dee Bradley Baker is behind the voices of Clone Force 99.

Star Wars: The Bad Batch hits Disney Plus every Friday. Stay tuned to Heroic Hollywood for all the latest news surrounding Star Wars, and subscribe to our YouTube channel for exclusive video content!