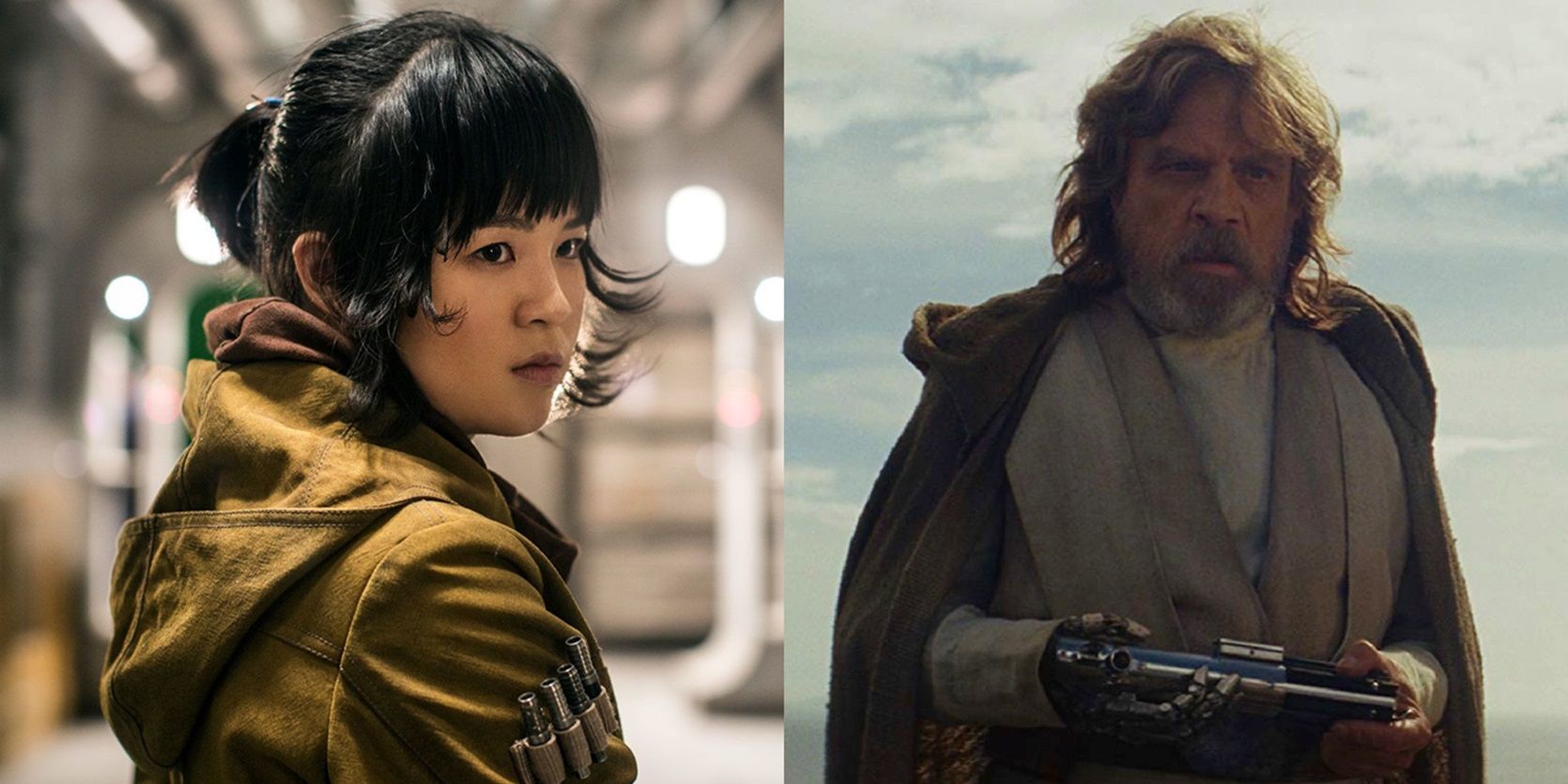 RELATED: Star Wars: 5 Things The Last Jedi Got Right (& 5 It Got Wrong)

While no one can deny that Johnson brought a unique vision to the Star Wars saga, fans are divided on whether or not that vision is any good. Some praised his work as the best in the franchise, while others felt he betrayed the spirit of George Lucas’ original movies.

Rian Johnson introduced an everywoman into the cast of the sequel trilogy in the form of engineer Rose Tico, played by Kelly Marie Tran. She loses her sister in the opening set piece and eventually teaches Finn that the Resistance’s cause is worth fighting for.

Unfortunately, J.J. Abrams completely sidelined the character in The Rise of Skywalker. The movie is 142 minutes long and Rose only appears on-screen for 76 seconds — she’s basically a background character.

It’s not uncommon for Star Wars movies to take an unnecessary detour through an alien bar filled with weird creatures. In The Last Jedi, that alien bar is a casino on Canto Bight, which is basically Monte Carlo in space — a haven for the galaxy’s affluent one-percenters.

This second-act stretch stops the movie dead. The social commentary is painfully on-the-nose. DJ telegraphs his own predictable twist, revealing that he won’t ally with Finn and Rose.

From Rey creating her signature lightsaber-dropping combat technique to Kylo igniting a lightsaber into a guy’s face, this sequence is filled with awesome moments.

Rian Johnson recently said that it was always his intention for romance to develop between Rey and Ben Solo, but it begs the question: why? In The Force Awakens, Rey watched Ben murder his own father — who was also her father figure — and understandably despised him for it.

RELATED: Star Wars: 10 Storylines From The Sequel Trilogy That Were Never Paid Off

Throughout The Last Jedi, as Rey and Ben Force-Skyped a handful of times, that hatred weirdly evolved into affection. They’re easily the most toxic relationship in the Star Wars universe.

After the main plot of The Last Jedi wraps up, some slave kids are seen basking in the myths of Luke Skywalker. One of the kids, termed “Broom Boy,” picks up a broom using the Force and looks up at the stars.

This moment ends the movie on a message of hope, telling audiences that anyone can be a Force-sensitive hero. Unfortunately, J.J. Abrams completely ignored this ending in the next movie.

Ever since he said, “It’s a trap,” in Return of the Jedi, Admiral Ackbar has been one of Star Wars' most beloved minor characters. And then Rian Johnson gave him the least ceremonious death imaginable in The Last Jedi.

A lot of fans didn’t even realize Ackbar had died in the movie because it happens so quickly. He’s sucked out the side of his ship into space, never to be seen again.

It’s genuinely impressive that Rian Johnson and Lucasfilm managed to preserve the secrecy of Yoda’s cameo appearance in The Last Jedi. Frank Oz was shrouded on his way to and from the set.

The cool thing about Yoda’s appearance in The Last Jedi is that Johnson went back to the old-fashioned puppeteering that brought the character to life in the original trilogy, as opposed to the CGI Yoda seen in the prequels (although some CGI was obviously involved in making him a ghost).

Luke Skywalker is completely mischaracterized throughout The Last Jedi. He’s a bitter old hermit who turned to cold-blooded murder the second his nephew exhibited an affection for the dark side of the Force. This is the same guy who saw the good in Darth Vader.

To be fair to Johnson, Abrams left him with limited options for how to characterize Luke. The “mystery box” cliffhanger tease at the end of The Force Awakens sees Luke chilling on an isolated island. Johnson had to find a way to explain why Luke would give up the good fight and renounce the Jedi.

While Rian Johnson got a lot wrong about Luke Skywalker’s characterization in The Last Jedi, he did give him a suitably glorious, heroic, and emotionally charged death scene in the final act.

Luke walks out in front of the First Order’s firepower and distracts Kylo Ren long enough for the Resistance to escape before revealing himself to be a Force projection.

After the original trilogy overtly set up Leia’s Force sensitivity, she should’ve been a fully-fledged Jedi Knight by the time the sequels picked up 30 years later. However, J.J. Abrams made her the leader of another struggling rebellion for the purposes of nostalgia.

Then, Rian Johnson showed off Leia’s Force sensitivity in the weirdest, most outlandish way possible. She’s blasted out the side of her ship, then as she’s freezing to death in the vacuum of space, she suddenly flies back inside like Mary Poppins.

NEXT: Star Wars: 5 Reasons Rian Johnson's Trilogy Should Happen (& 5 Why It Shouldn't)

Which Mr. Mayor Character Are You, Based On Your Zodiac?