The stage is set for a milestone Static Fire test for Starship SN8. The latest… The post Starship SN8 conducts preburner tests ahead of Static Fire and nosecone firsts appeared first on NASASpaceFlight.com. 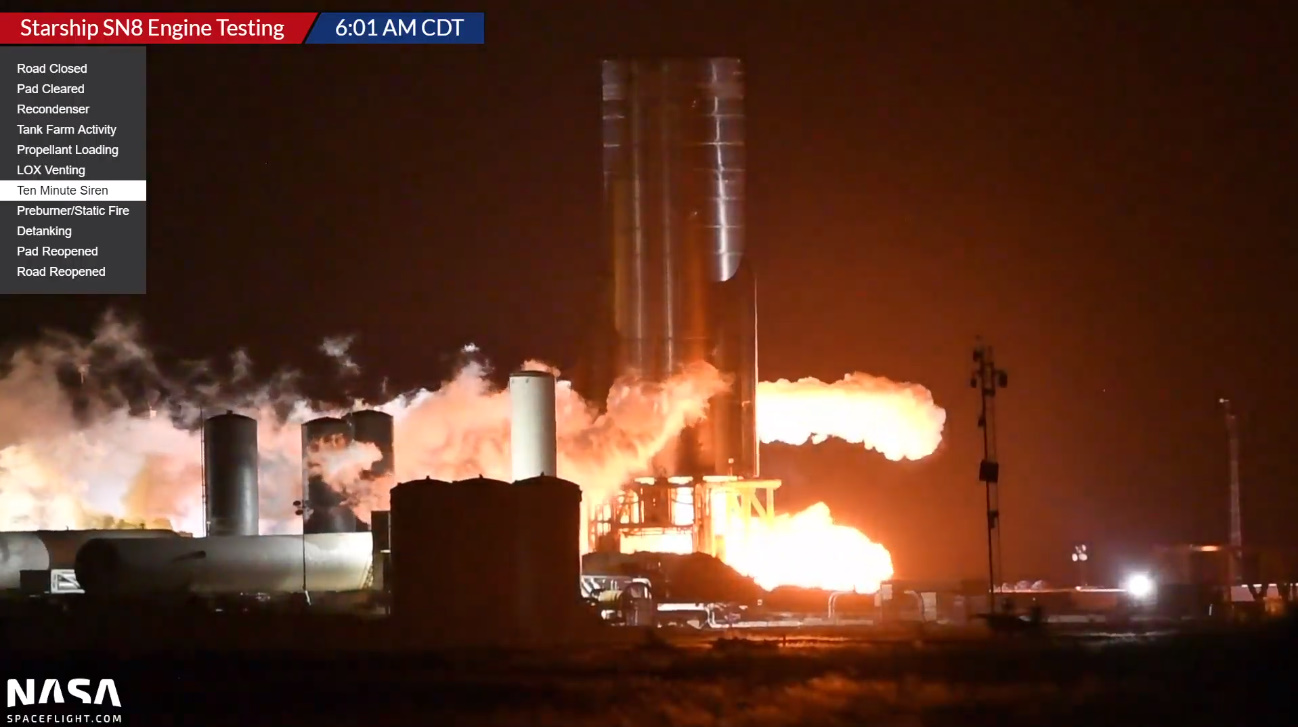 Pending a successfully Static Fire, SN8 will be able to look forward to nosecone’s installation – with a header tank – for a repeat test in around a week.

Although SpaceX has conducted numerous Static Fire tests with its Starship prototypes, this is the first time three Raptors will have been fired together. This includes at SpaceX’s test center in McGregor, Texas – where Raptors are test fired individually.

Once the vehicle has been prop-loaded, controllers can conduct a preburner test – as was the case during the Sunday/Monday overnight window.

Not a Static Fire but what looked like a good preburner test. Another milestone for Starship SN8.

A preburner is essentially a small engine that powers a turbopump. Each Raptor engine has two, one for the liquid oxygen oxidizer and one for the methane fuel.

Although SpaceX does not provide any running commentary or official info into Starship testing, the go to proceed towards the firing of the Raptors will be known via Mary (@bocachicagal) hearing a police siren.

Not least because this is a unique test for Starship, all three engines’ actual firing will still require a major data check into the system’s health. SpaceX could recycle the test for a second firing attempt within the long window, or potentially in the days to come.

If the data is good, SN8 will next expect to receive the nosecone that has finally been identified.