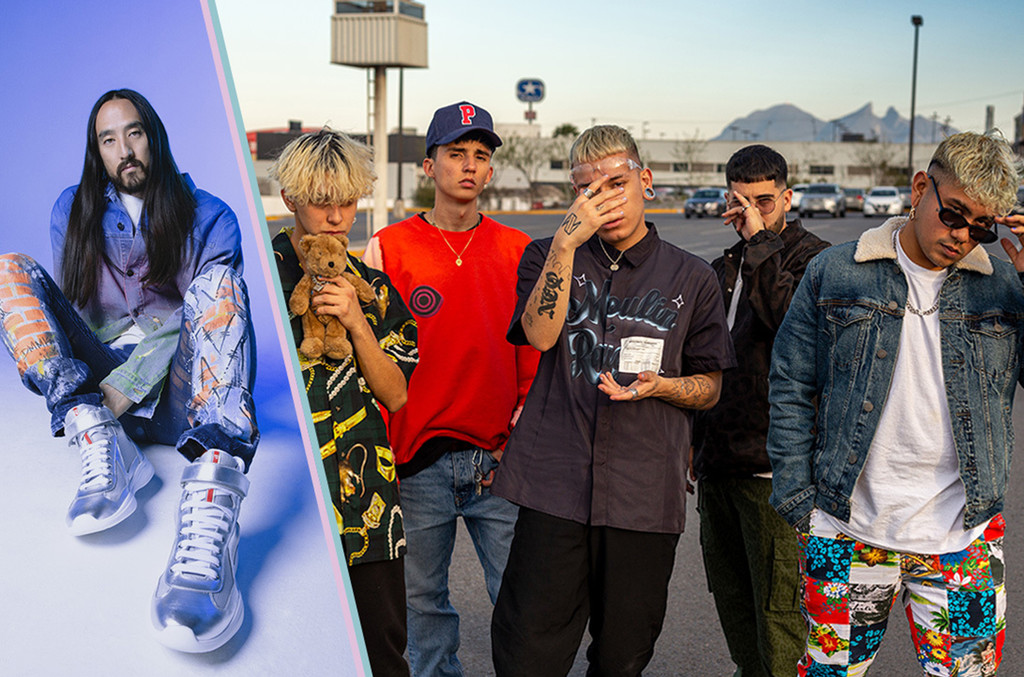 Steve Aoki has collaborated with a slew of Latin artists — most notably Daddy Yankee, Maluma and Maná — but he wants greater involvement in the Latin market that goes beyond his star-studded collabs.

After launching his own record label, Dim Mak, 24 years ago, on Wednesday (July 8) the multi-faceted producer announced his new Latinx-focused imprint Dim Mak En Fuego. His latest endeavor, which aims to help nurture and develop Latinx artists “driven from the underground scene,” according to Aoki, was born from the bond he’s had with his global Latin fanbase.

“We’ve been planning this for quite some time now. These things take time to build and it all started when I started doing more of the Latin collaborations — it was then that I started planting the seeds,” Aoki tells Billboard. “I’ve gotten so much support from my Latin fanbase and I’ve built a bond with them and its culture. Their acceptance has not only helped me collaborate with Latin artists, but it’s also now allowed me to be part of the development and nurturing of Latin artists too.”

Their first and only signed artist (so far) is Mexican self-described anti-boyband AQUIHAYAQUIHAY who launch the label with the release of their pop-tinged R&B track “Ya No Es Igual.”

“The idea of launching with AQUIHAYAQUIHAY really cements where we want Dim Mak En Fuego to land,” says Herrera. “We could’ve come out with a straight reggaeton record but coming out with them feels very authentic to us because we come from the underground.”

Aoki spoke with Billboard, describing his vision for Dim Mak En Fuego and how hands-on he’ll be in the development of rising Latin acts.

You launched Dim Mak Records 24 years ago so wondering what was it about this moment that made you want to launch a Latinx-focused imprint?

I remember back when I was in college and started this label, I never expected it would focus on electronic music. You have to keep your mind open to all things that inspire you and Dim Mak has always had a very open mind, explored different avenues and hasn’t been confined to just one space. We have jumped into so many different genres in our 24 years of existence from hip-hop to emo to alternative, EDM and now we want to make a big splash with having an entire imprint on Latin music.

There are some incredible young and veteran Latin acts who have shared music with me and that’s when we started thinking about this in a structural way. What do we do? What does Dim Mak do? We release music, develop and nurture artists. In this case, we can really focus on the Latinx world because it has so much power, and what I love about this power that it has is that it comes from the underground. It’s powerful when you see an artist come up because [their] fans helped them get there, no help from mainstream radio. It’s awe-inspiring.

Your first and only signed artist (for now) is Mexican anti-boyband AQUIHAYAQUIHAY. What drew you to them?

They are amazing young kids who are doing something different. When we heard the music and saw what they’re doing and their drive I thought, “that’s it.” This is the kind of feeling we need when we sign an artist. I’m excited about watching what they can do.

I’m always an A&R no matter what and so I’m always searching for something refreshing and new. This is a different offering to the musical world. They’re going to be beyond a boy band for sure. They have so much talent to offer and a lot of personality, that you don’t even know what direction they will go in. Like right now, the way they sound is incredible and I just want them to unleash that energy, and we want them to experiment and explore and try different things.

You say you’re an A&R so how are you finding these new artists?

We have a team that helps me with that. We have Brian Linares (head of marketing) and Christian Herrerra (co-founder of Gasolina, North America’s largest reggaeton party) who are my ears on the ground but personally, I just talk to friends and other artists. If I’m in the studio, they always tell me, “you gotta check this artist or hear this.” Or, whenever I have time, I’ll dig through SoundCloud to hear and see what other people are doing. And traveling is also a really big way for me to hear about new music and artists that are bubbling in different parts of the world. I’m just totally open and in this case, mindful and present.

How involved will you be in the developmental aspect of your signees?

It’ll range. In some instances, I’ll be involved as executive producer or producer of the song. AQUIHAYAQUIHAY already has their own producing team, which is what I love and I absolutely respect that. I don’t want to go in and say, “Ok guys, let me jump in.” I already love what they’re doing, and don’t want to mess with that. We’re here to support, develop and nurture. That’s what we’re all about. I’ll probably put out my music through that label with other Latin artists at some point but right now, I’m here to take a back seat.

What excites you the most about this new venture?

Not knowing what can happen. There’s so much passion and energy but you don’t know where it’s going to go, how it’s going to go, but when you know that this can go anywhere, that’s exciting. This can be a really big deal and if it’s not, it’s okay because we absolutely loved it. We’re always going to be here to support and guide artists to help them grow.

Join The 1975 In Their Animated, Pollution-Free Utopia in Soothing ‘Don’t Worry’...

Here Are All the Rescheduled 2021 Tour Dates & Festivals (Updating)

Avnier and Salomon Release The Mirage Sneaker For SS20