Stevie Wonder Denounces Racism & President Trump in Black Lives Matter Video: ‘It’s a Bad Day When I Can See Better Than Your 2020 Vision’

Stevie Wonder wondered how everyone can keep the momentum of the movement going in his YouTube video today (June 23) titled "The Universe Is Watching Us." 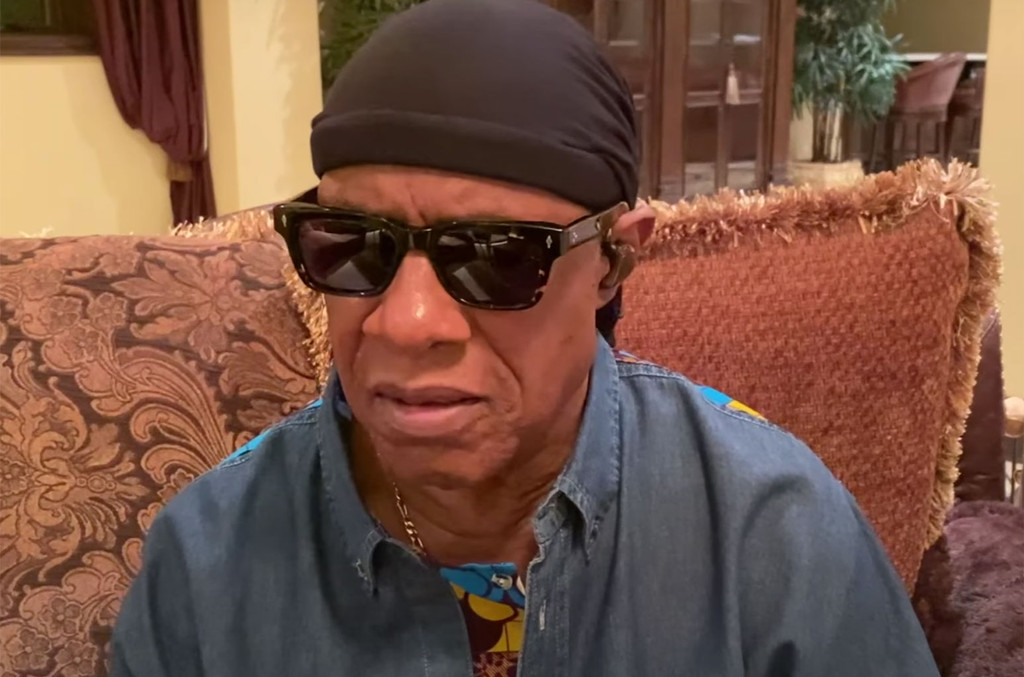 He urged his fans to keep the momentum of the movement going in his YouTube video from today (June 23) titled “The Universe Is Watching Us.” And Wonder certainly let some state officials, as well as President Donald Trump, know he was watching them closely.

“It’s a bad day when I can see better than your 2020 vision,” the blind singer-songwriter quipped in the five-minute video message. He called out North Dakota, South Dakota and Hawaii for being the only three states to not officially recognize Juneteenth, the day slavery ended in America. “How did it feel to celebrate freedom that we’re still fighting for? Hm, it felt and feels too familiar. I know that dance, I’ve heard those songs,” Wonder recalled about the struggle to officially put Martin Luther King, Jr.’s birthday on the American calendar.

Wonder later recited the chorus of his 1973 classic song “Visions,” where he envisions a milk and honey paradise where love trumps hate. “I’m not one who makes believe/ I know that leaves are green/ They only turn to brown/ When autumn comes around/ I know just what I say/ Today’s not yesterday/ And all things have an ending,” he sing-songed.

The 70-year-old hitmaker later encouraged his fans to “move your feet to the polls and move your hands to vote” during the 2020 presidential election this November.

“I’ve heard the person in the highest place of this nation say, ‘There are fine people on both sides.’ That sounds noncommittal to me,” Wonder said about Trump without referring to him by name. “‘I have a great relationship with the Blacks.’ Peaceful protesters called ‘thugs,’ immigrants called ‘rapists.’ And from the very place that civilization began, Africa, I’ve heard this Commander-in-Chief call it an s-h-i-t-hole. Wow. One day, you will surely be sorry.”

Mick Jagger Remembers Late Film Producer Steve Bing: ‘He Was Such a Kind And Generous...

The Video for Disclosure’s New Single ‘My High’ Is an Absurd...