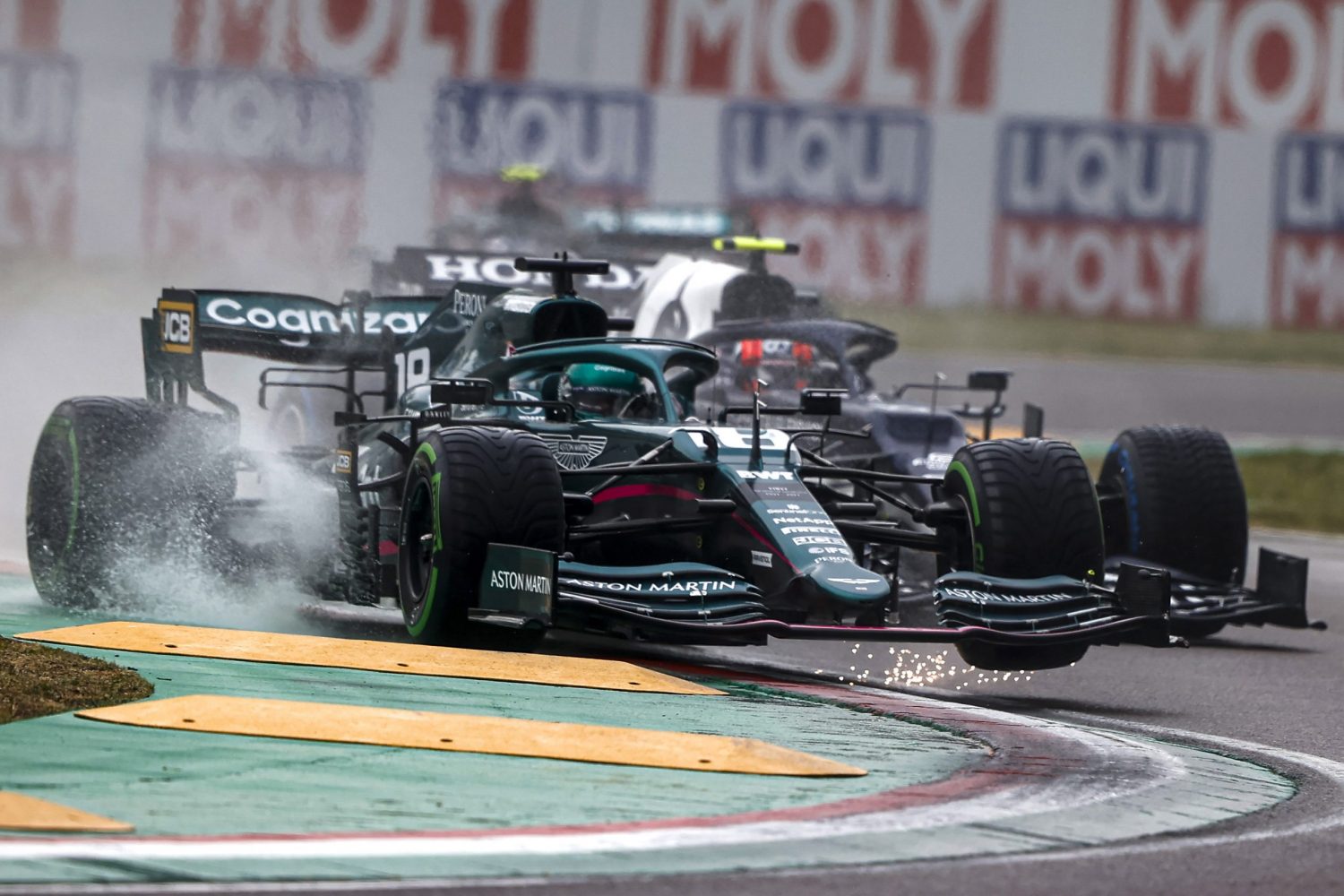 The Canadian was hit with a five-second penalty by the stewards after the race for leaving the track on lap 11 at Tamburello and overtaking Gasly in the process.

Stroll, who finished Sunday's race P7 on the road, therefore drops to 8th while Gasly is elevated to P7. The Aston Martin driver was also handed a penalty point on his licence, which has increased his overall tally to four points.

In another post-race decision that followed their investigation into the high-profile incident involving George Russell and Valtteri Bottas, the stewards did not take any action against either driver, deeming the crash a racing incident.

"The Stewards heard from the driver of Car 63 (George Russell), the driver of Car 77 (Valtteri Bottas) and the team representatives and reviewed multiple angles of video evidence and telemetry," said the FIA press release.

"[Russell] approached [Bottas] to pass after the front straight a few laps after the restart when DRS had recently been enabled. [Bottas] maintained his line throughout the incident along the right hand side of the dry line, leaving at least a full car’s width to the right at all times.

"[Russell] approached with a significant speed advantage. He moved to pass on the right. As the cars approached the kink of Turn 1, the gap between them and the right hand side of the track decreased. At no time did either car manoeuvre erratically.

"The Stewards conclude that the accident was a racing incident considering the conditions and take no further action."