Look, I know we are enjoying summer at the beach, watching the cricket and haven’t turned the corner on Australia Day yet. But there is something we need to discuss: just like objects in your car’s wing mirror, which may be “closer than they appear”, so too is the start of the 2021 rugby season. […] 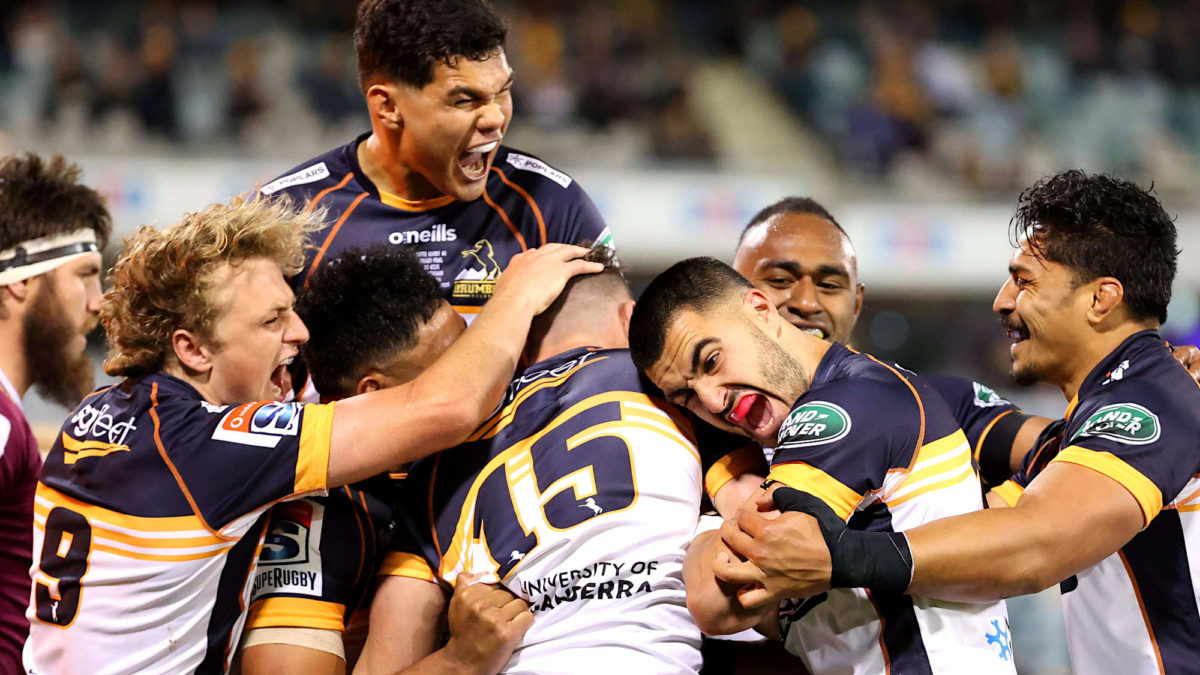 Look, I know we are enjoying summer at the beach, watching the cricket and haven’t turned the corner on Australia Day yet. But there is something we need to discuss: just like objects in your car’s wing mirror, which may be “closer than they appear”, so too is the start of the 2021 rugby season.

Yes, I hear you, “We’re still in January for FitzSimons sake!”, or “Can’t we just enjoy summer?!” and I get it. Summer is my favourite time of the year. The weather is hot, the sun is out, the barbie is sizzling away happily and the great outdoors beckons on the daily. The only real downside to summer is the fact that there’s no code being played. That being the greatest sporting code of them all – rugby union.

But truth be told, we are now within a month of kicking off the new season and a new era for rugby. “But, didn’t last season just finish?” you ask. Well, yes – in fact, the final game we saw was the Wallabies’ draw with Argentina on December 5th. That was part of a hastily arranged rugby calendar brought about as a large, hungry cat in the form of COVID-19 was set among a group of particularly timid pigeons. The end result was a season that ended much later than normal.

Fast forward to 2021 and the rugby landscape has now temporarily taken shape as part of a more permanent solution continues to evolve. A rugby scaffolding, so to speak.

With the ravages of COVID-19 having caused SANZAAR to take a good, long look in the mirror, we are left staring at Super Rugby without any South African, Argentinian or Japanese influence. In fact, for the first ten or so weeks of the season, New Zealand and Australia will do their own thing with Super Rugby Aotearoa and Super Rugby AU, respectively.

Super Rugby AU kicks off on February 19th, followed a week later in New Zealand. Upon completion of these respective “in-house” competitions – featuring finals in each country – all five teams from Australia and New Zealand will join forces once again, like a watered-down rugby Voltron, for Super Rugby Trans-Tasman. This competition will also culminate in a final, set for June 19th.

Now, of course, this itinerary comes with a big ‘ole asterisk by it – something along the lines of “subject to change”, which is understandable, albeit slightly frustrating.

In some ways, the administration, players, broadcasters and fans will be better prepared than last season, as there has at least been some room to plan things (as opposed to the read and react approach of 2020) and potentially have back-up plans in place. But in reality, who really knows how this whole season may shake down?

The important thing is that – unlike most things I do in life – there is a plan. That plan is to kick things off in just under a month’s time. Rugby tragics such as you and I should be excited.

Excited to see if the Reds young guns can rise to the top of the Australian table. Excited to see if the Blues can overthrow the Crusader overlords in New Zealand, and frankly excited about a whole lot of other intriguing questions, like who the superstars and surprises will turn out to be in 2021, where the first-ever Super Round will be held and if I can even afford Stan Sport?!

For now, we can slap on that SPF 50, crack open an ice-cold can from the cooler and bask in the heat, safe in the knowledge that we will soon begin the “real” new year, with rugby’s new dawn.

Because it’s getting close, my friends.

The evolution of attack and defence

Cleanouts for dummies: How to avoid the dreaded red

Get your questions in for Issue 10 of Coach’s Corner