Fancy chatting nonsense and playing a … The post Super Sunday watchalong on F365 – Live from midday appeared first on Football365.com. 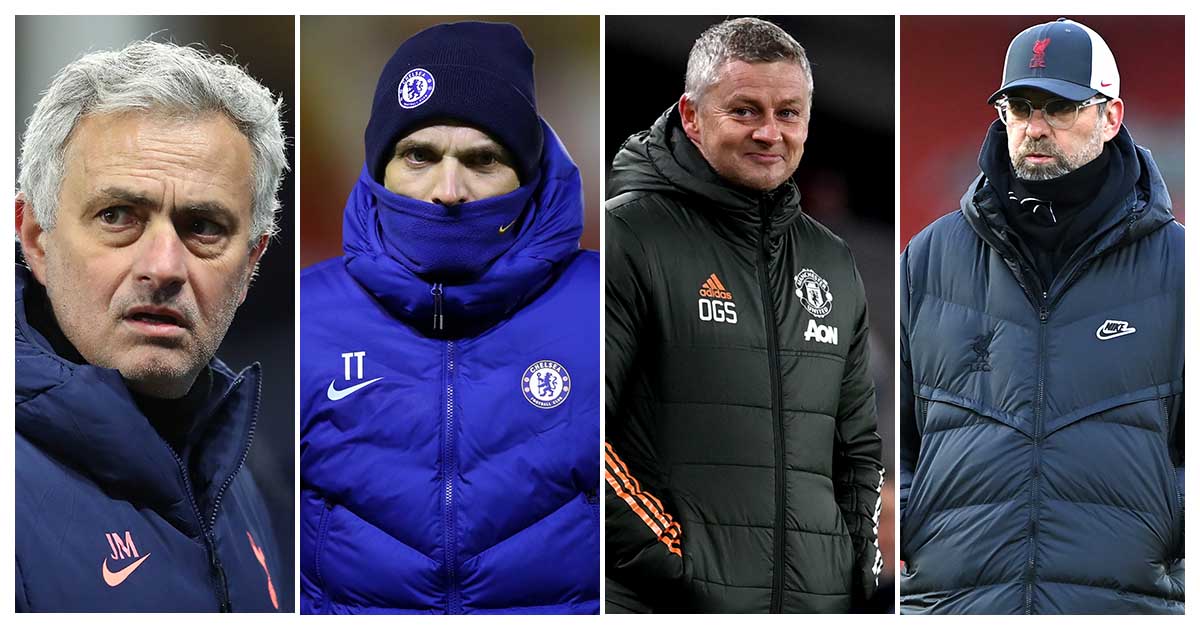 11.50: Who remembers the bingo we used to play on the transfer blogs? Loved it. Shall we try a commentary/punditry game today? Get your suggestions in on Twitter. We’ve had three so far…

He says “it seems implausible that Spurs will avoid a tedious game on Sunday” and given we’ll have Tickers covering that game for us from midday, we kind of hope he’s right just to watch a man’s soul slowly leave his body.

11.10: Don’t forget to give of Chelsea v Manchester United a read. Not that it matters because it is ending 0-0 after 20 opening minutes that are described as ‘fascinating’ without anything ever happening, followed by 70 minutes of Chelsea’s midfielders passing the ball between themselves while Bruno Fernandes grows increasingly bored.

11.00: Love a bit of team news. The four clubs kicking off at 12pm have kindly obliged.

We also have team news for all the games later this afternoon on the Live Centre:

10.45: Hello and welcome to the first F365 Watchalong. We’re not quite sure what that will entail yet, but what we can say for sure is that we’ve got a quiz coming for you after the Spurs game which we’re tremendously excited about!

Mark Smith’s going to be hosting it live on YouTube and Periscope, and we’ll send out a code for you to play along on KwizzBit. Most of the questions are multiple choice, but there are a few absolute rotters in there and you win points based on how quickly you answer so you’ll need to get your heads screwed on. It’s first come, first served for 500 people so make sure you’re around at about 4pm.

In the meantime, Dave Tickner will be taking over the blog and Twitter from midday to give his thoughts on tactics through all the games. Betfair will be chipping in with odds on the back of his thoughts too if you’re that way inclined.

We absolutely won’t be providing a minute-by-minute text commentary so if you can’t watch any of the games, go to our Live Centre! But if you are watching and fancy having a natter with us while you do, Tickers will be here to answer questions, make some predictions, set a few polls and more than likely have a fair amount of completely off-topic chat. We fancy a game of commentary cliche bingo for starters. Basically, whatever you want to talk about, we’re up for it.

There’s nine hours of football today, starting with Crystal Palace v Fulham and Leicester v Arsenal, and Tickers will be on here through it all, including what could be a very amusing 90 minutes if things don’t go well for Spurs when they host Burnley at 2pm.

In the meantime, we’ll have team news and a few bits to read ahead of the two midday games coming soon…