Superman: Man Of Tomorrow – 10 Hidden Details You Missed From The Movie

Superman: Man of Tomorrow tells the story of a young Clark Kent starting off his superhero life and contains many little details that fans can miss. 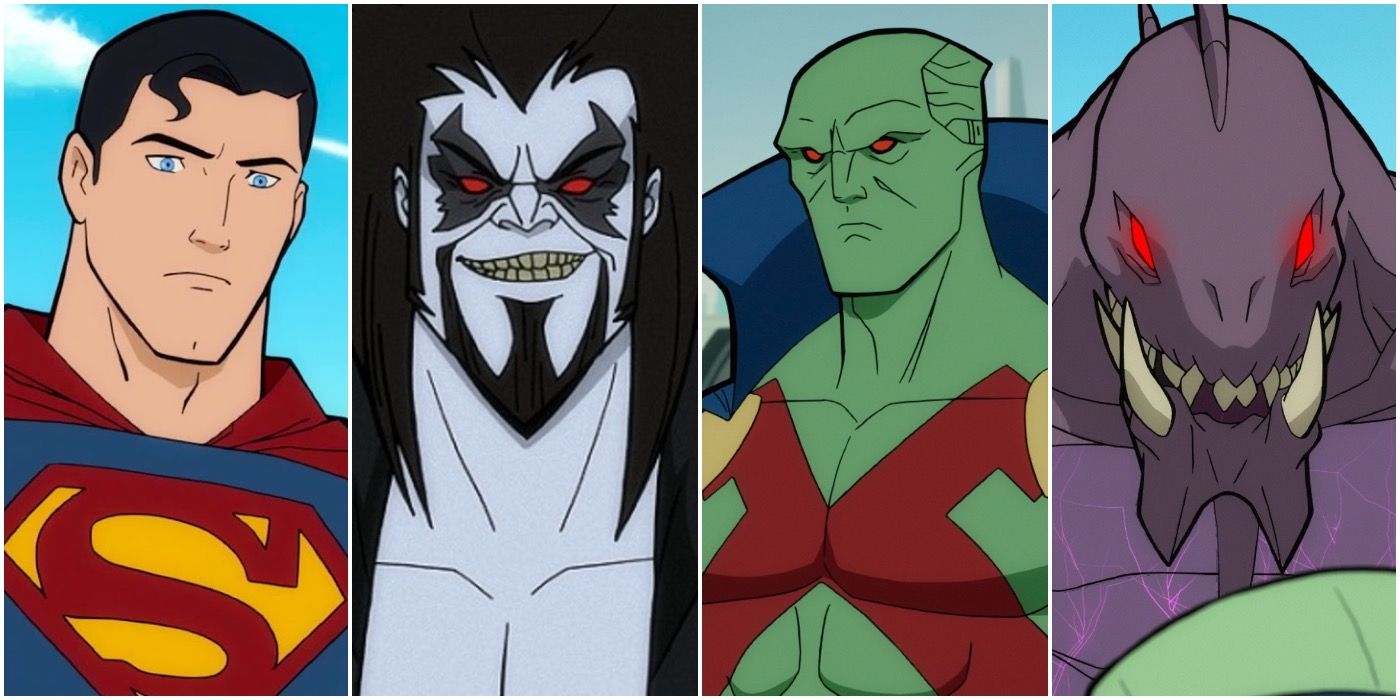 Superman: Man of Tomorrow tells the story of a young Clark Kent starting off his superhero life. By the time he's in Metropolis, he's already made headway with the citizens of the city, having been spotted on numerous occasions for his acts of heroism.

RELATED: The 10 Best Superman Movies, According to IMDB

During the course of the film, Superman fights Lobo across Metropolis, becomes friends with the Martian Manhunter, and battles Parasite all while trying to figure out who he is and where he comes from. The movie is filled to the brim with action, suspense, and heartache. And hidden amongst the debris and bodies lie some fun details for fans to find.

The name of the film is derived from a special aspect of Superman lore. Metropolis is synonymous with Superman. It's become just as much a part of him as the "S" warn across his chest. It is a vibrant city, filled with possibility and hope. This is why the city holds the title of "The City of Tomorrow."

Though famous, the city did not see its starts in comics along with Superman. It was created after and made its first appearance in Action Comics #16.

9 Lois Lane Went on a Date With Lex Luthor

The start of the action is when an experimental rocket is being set to launch to help find alien life. Lex Luthor gives a speech to inaugurate the launch of the rocket from Star Labs. The one question he takes comes from Lois Lane who accuses him of fraud.

To prove this, Lois Lane pulls out an audio recording of Lex admitting to the crime. Lex mentions champaign in the recording to the person he's speaking with. After the audio is finished, Lex looks at Lois and says he hopes she enjoyed the drink. Lois will do anything for a story.

Man of Tomorrow depicts Lobo confronting a young and inexperienced Superman. Lobo makes a grand appearance early in the film. The citizens of Metropolis are told an object is hurtling towards Earth. Superman goes to intercept but is soon swept into an epic battle between himself and the bounty hunter. Typically, Lobo has appeared when Superman has already solidified himself as Earth's protector.

Fans will note this interaction is odd considering how little time Superman has spent openly using his powers. What's more, Lobo is surprised by Superman's abilities. He had never encountered a Kryptonian near a yellow son.

7 The Reference to Green Lantern

Lobo makes reference to Earth being in Sector 2814. This number is the designation given by the Green Lantern Corps. The entirety of space is splintered into 3600 sectors. Earth's sector is typically policed by Hal Jordan or John Stewart, though their existence within the timeline is unclear.

This implies that Lobo has had run-ins with Green Lanterns in the past considering this language is specific to them. This adds a little extra fun to the idea that Lobo placed green Kryptonite into a ring to beat Superman.

Parasite plays a significant role in Man of Tomorrow. A janitor (Rudy Jones) at Star Labs is inadvertently exposed to an alien substance during the battle between Superman and Lobo. He develops the ability to absorb energy, power, and memories through touch, creating the monster known as Parasite.

The movie explains that Rudy is a veteran who served in the middle east. He's a decorated war hero who loves his family. In comics, Rudy Jones was no one of consequence. Instead, he was a loafer who was duped into opening a hazardous container.

Lois Lane followed Batman. During a conversation between Lois Lane and Clark Kent, fans are given a brief glimpse of a black and white photo of Batman in a folder belonging to Lois Lane. This is not necessarily strange considering the overlap that exists between Superman and Batman narratives.

However, what is strange is that Lois would have this image to begin with when, at the beginning of the movie, Lois Lane is not yet a journalist. She had just returned to Metropolis as a grad student.

Fans are introduced to a mysterious, Gestapo-like looking figure throughout the first half of the film. He is a slender man in a black trenchcoat, hat, and sunglasses. Eventually, it is learned that this man is in fact J'onn J'onzz, the Martian Manhunter.

This human appearance is a nod to the character's profession. It is not uncommon for J'onn to take the name John Jones and act as a detective. This role has been adapted for The CW's Supergirl wherein the Martian Manhunter is a private investigator.

The Martian Manhunter is seemingly killed during a conflict between Superman and Parasite. Parasite is able to drain much of Superman's energy, causing J'onn to step in and fight. The battle is short-lived.

Parasite begins to drain J'onn of his abilities. Having already drained Superman, Parasite uses his new heat vision to incinerate the Martian Manhunter. Leading up to his death, J'onn pleads with Parasite not to kill him. This plea is less to do with him not wanting to die and more to do with the Martian's phobia of fire.

In one of the more shocking moments of the film, Lobo sacrifices himself by detonating an explosive device strapped to his body. This does nothing to stop Parasite. It only aids in making the monster stronger.

During the climactic final duel, Lobo's severed arm is seen floating in the bay while a pool of blood begins collecting around the mangled appendage. Lobo is able to fully regenerate. This is a nod to the source material wherein Lobo is able to recover from virtually any injury, including being ripped apart.

It has been established canon that Lobo personally saw to the destruction of his people. Yes, he killed everyone on his planet. Having helped beat Parasite, Lobo relays this information to Superman and J'onn at the end of Man of Tomorrow.

The two superheroes are understandably aghast. Lobo quickly retracts this claim having seen (with satisfaction) the horrified looks on their faces. While the movie doesn't say whether or not he's lying, fans can easily assume Lobo was considering this aspect hasn't been altered in the source material.

NEXT: Every Superman Movie Climax, Ranked From Worst To Best

10 Vigilante Movies To Watch If You Loved Peppermint | ScreenRant

Official ‘The High Note’ Song “Love Myself” Shows Off Tracee...