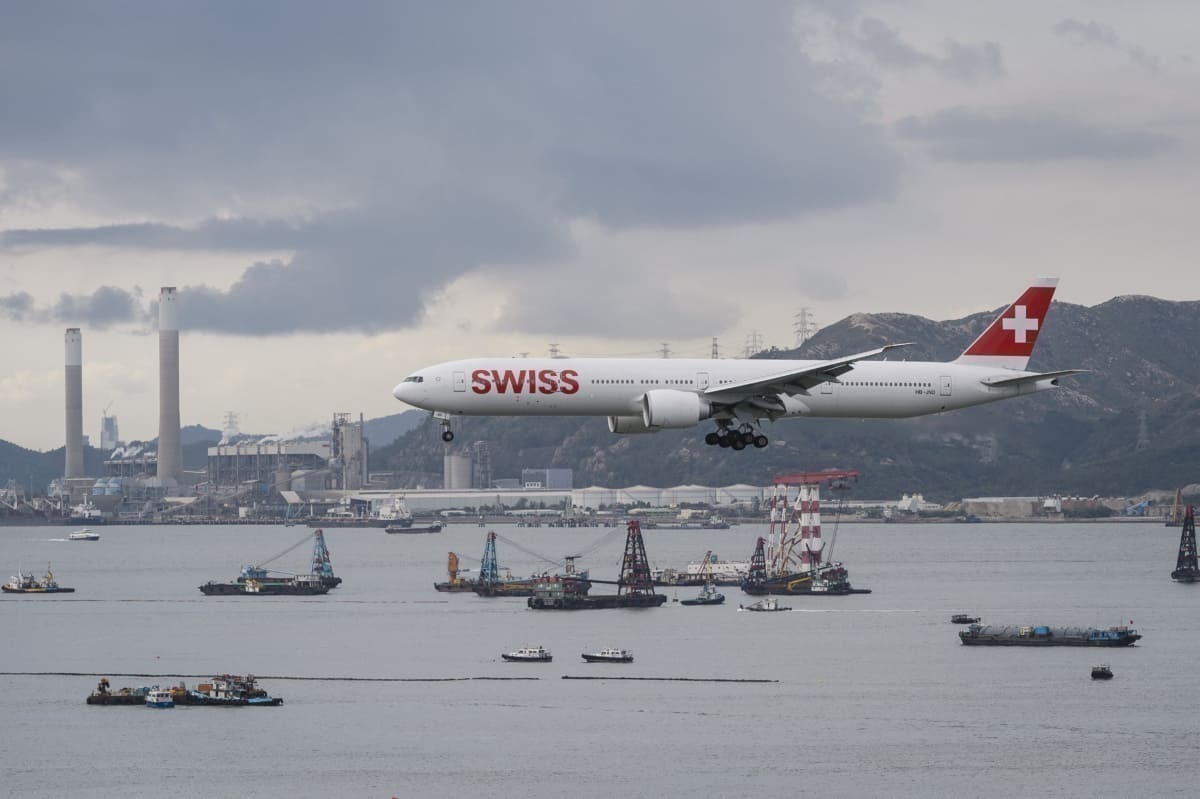 As SWISS expands its intercontinental cargo network it has added one more of its passenger Boeing 777 jets to be converted for freight operations, bringing the number up to a total of four. By the end of June, the carrier will have operated 360 cargo-only flights between Asia, Europe, and the US.

Modifying a total of four 777s for freight

While commercial air traffic has come to a screeching halt in the past couple of months, all that cargo that used to be travel in the bellies of passenger jets still needs to get to where it is going. With aerial shipping routes still open, a Boeing 777 can hold quite a lot, particularly when you include cabin space.

As the carrier looks to grow its intercontinental freight network, SWISS has now decided to modify a total of four of its 777s for cargo-only flights. The Lufthansa subsidiary first announced in April that it would be removing the economy seats of three 777s. Apparently, demand has exceeded initial expectations, and a fourth is now being added to the optimized for long-haul cargo-only pool.

It is not just more aircraft added to the airline’s cargo-only efforts. As announced in a statement issued before the weekend, a new schedule is in operation since May 15th. SWISS has added Hong Kong (twice-weekly), New York JFK (four times a week), and Mumbai (thrice-weekly) to the network. It has also announced plans to operate ten cargo flights to Shenzhen, China, from May 22nd.

SWISS has previously been running cargo-only operations to Beijing, Shanghai, Singapore, and Tokyo eastwards, and to Chicago and Toronto across the Atlantic.

By including further intercontinental destinations to the SWISS route network, @SwissWorldCargo can expand its services as of 15 May. Another 160 cargo flights are planned by the end of June, also to first-ever destinations such as Toronto or Shenzhen. pic.twitter.com/S2GI36ALcj

The airline says that it has conducted more than 200 cargo-only flights since March, initially to transport medical supplies between Asia and Switzerland. Under its airfreight division SWISS WorldCargo, the carrier has transported over 4,000 tons since the pandemic brought regular passenger traffic to a standstill.

With the expanded services, it is planning to fulfill another 160 cargo-only flights before the end of June, on behalf of “various private companies and public institutions.”

SWISS is not the first in the Lufthansa group to make use of the open shipping routes and supply-demand to try and earn some extra cash on the side of its pre-pandemic day job. Austrian Airlines has converted a 777 of its own, and Lufthansa has stripped seats from four of its Airbus A430s, and is working on converting an A380 for freight use. Furthermore, Lufthansa is contemplating converting some of its 777X delivery slots to 777 freighters.

In another cardinal direction, SWISS sister carrier, leisure airline Edelweiss, has also been flying cargo-only to Johannesburg, South Africa, once a week. This is most likely, as FlightGlobal notes, with one of the two A340s from its long-haul fleet currently not in storage.

SWISS will take over this route from June when it begins to ease back into a semblance of its former commercial travel network. In addition to the South African city, the carrier will fly to Bangkok, Hong Kong, Mumbai, New York (JFK and Newark), Singapore, and Tokyo from next month.

Do you think airlines are correct in their seat-discarding assessments? Will cargo-only demand still be enough to justify the conversions when many airlines begin to operate regular routes come June? Let us know your thoughts in the comments.

Which US Airlines Have Social Distancing Policies In Place?

How Many Airlines Can Australia Support?