After Team India’s embarrassing 10-wicket loss against Pakistan in their first match of the ongoing T20 World Cup 2021 in Dubai, many experts opined that India should make some changes in their playing XI. India’s next match in the multi-team tournament is scheduled on Sunday (October 31) against New Zealand at Dubai International Cricket Stadium.… After Team India’s embarrassing 10-wicket loss against Pakistan in their first match of the ongoing T20 World Cup 2021 in Dubai, many experts opined that India should make some changes in their playing XI.

India’s next match in the multi-team tournament is scheduled on Sunday (October 31) against New Zealand at Dubai International Cricket Stadium.

Ahead of their battle against the Black Caps, former India opener Aakash Chopra has suggested two changes that Virat Kohli should make in his playing XI. Chopra reckoned India should field a different bowling combination.

Notably, in the match against Pakistan, Indian bowlers failed to pick a single wicket as the opening pair of captain Babar Azam, and Mohammad Rizwan stitched an unbeaten 152-run partnership to win the game by 10 wickets.

Chopra explained that Bhuvneshwar Kumar isn’t the same bowler he used to be, and Shami has had much more ordinary days in T20 cricket than good days. The cricketer-turned-commentator also questioned the selection of Ravindra Jadeja.

“You cannot take the field with this five-bowler combination. There are two ways of looking at this. If you feel you need a sixth-bowling option, then you might want to replace Hardik with Shardul, but that is not a like-for-like replacement. I would rather say play Hardik. But the combination needs to change because Bhuvneshwar is not looking the same bowler. Shami blows hot and cold in theT20s. Jadeja is a four-over bowler but is not a wicket-taking option. He is not a Rahul Chahar or Yuzvendra Chahal or Rashid Khan,” said Chopra on his YouTube channel.

Further, Chopra backed mystery spinner Varun Chakravarthy, who was quite expensive in the match against Pakistan. But the Agra-born also raised doubts about whether Varun finds his place in a five-bower combination.

“Varun Chakravarthy has played little international cricket, so let’s give him a little time. But is he your go-to bowler? Because when you pick a five-bowler combination, everyone has to be in form and cannot afford to have an ordinary day in the middle. That is why I feel that you have to change this combination,” added Chopra.

Virat Kohli is a “role model” for being an epitome of grace even in defeat, which shows that the India captain is a secured individual, feels former Pakistan women’s cricket team skipper Sana Mir. India lost to arch-rivals Pakistan for the first time in an ICC global event by 10 wickets in their opening ‘Super 12’ game of the 2021 T20 World Cup on Sunday. However, one of the most endearing images from the match was of the Indian captain hugging winning team hero Mohammed Rizwan. Sana Mir admires Virat Kohli’s sportsman spirit: Mohammad Rizwan and skipper Babar Azam put on 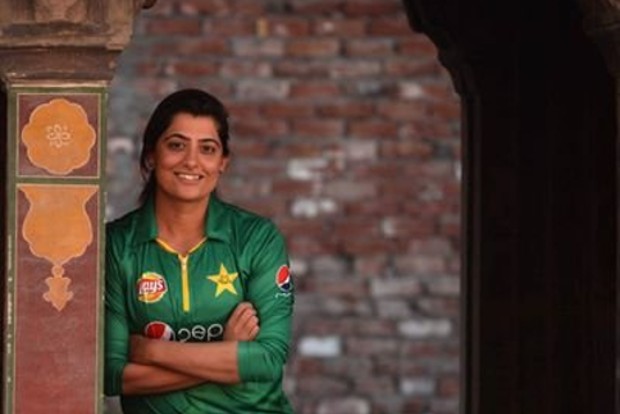 Virat Kohli is a “role model” for being an epitome of grace even in defeat, which shows that the India captain is a secured individual, feels former Pakistan women’s cricket team skipper Sana Mir. India lost to arch-rivals Pakistan for the first time in an ICC global event by 10 wickets in their opening ‘Super 12’ game of the 2021 T20 World Cup on Sunday. However, one of the most endearing images from the match was of the Indian captain hugging winning team hero Mohammed Rizwan. Sana Mir admires Virat Kohli’s sportsman spirit: Mohammad Rizwan and skipper Babar Azam put on
Source : Sportzwiki More

AB de Villiers was in South Africa wishlist to play the...