Steve Bruce claims it could be his “last job” in management after the Newcastle United job took its toll on his family.

The Magpies were still looking for their first win of the new Premier League season when the former Aston Villa and Hull City manager .

A Saudi-led consortium took over the club just under a fortnight ago with the writing on the wall for Bruce even before their .

Following huge pressure on him during his time at Newcastle, Bruce is unsure whether he could put his family through similar stress at another club.

“I think this might be my last job,” . “It’s not just about me; it’s taken its toll on my whole family because they are all Geordies and I can’t ignore that.

“They have been worried about me… especially my wife Jan. What an amazing woman she is, incredible, she’s just a fantastic woman, wife and mother and grandmother. She dealt with the death of my parents, hers have not been very well. And then she had me to worry about and what I’ve been going through the last couple of years.

“I can’t take her for granted, she has spent her whole life following me around from football club to football club and if I was to say to her tomorrow, I’ve been offered a job in China, or anywhere, she would say, ‘Steve, is this right for you, do you want to do it?’ And she’d back me again.

“I’m 60 years old and I don’t know if I want to put her through it again. We’ve got a good life so, yeah, this will probably be me done as a manager – until I get a phone call from a chairman somewhere asking if I can give them a hand. Never say never, I’ve learnt that.”

And Bruce admits he felt that Newcastle supporters wanted him “to fail” at the club and that criticism of his style of football was “ridiculous”.

Bruce added: “I really have to thank all the people who have worked alongside me, because I can be demanding and I can be hard work – especially when I was younger. “When we get beat, I get very low, but when you are managing in the Premier League with Birmingham, Wigan, Hull, Sunderland you do get better at dealing with it. You have to.

“By the time I got to Newcastle, I thought I could handle everything thrown at me but it has been very, very tough. To never really be wanted, to feel that people wanted me to fail, to read people constantly saying I would fail, that I was useless, a fat waste of space, a stupid, tactically inept cabbage-head or whatever. And it was from day one.

“When we were doing ok results wise, it was ‘yeah but the style of football is rubbish’ or I was just ‘lucky.’ It was ridiculous and persistent, even when the results were good.

“The best one was to be told we were a relegation team in all but points…this was all in the first season. We finished 13th. It [the criticism and abuse] got even worse in the second year. We finished 12th, 17 points clear of the bottom three.

“I tried to enjoy it and, you know, I did. I’ve always enjoyed the fight, proving people wrong, but that’s all it ever seemed to be. A fight, a battle. It does take its toll because even when you win a game, you don’t feel like you are winning over the supporters.” 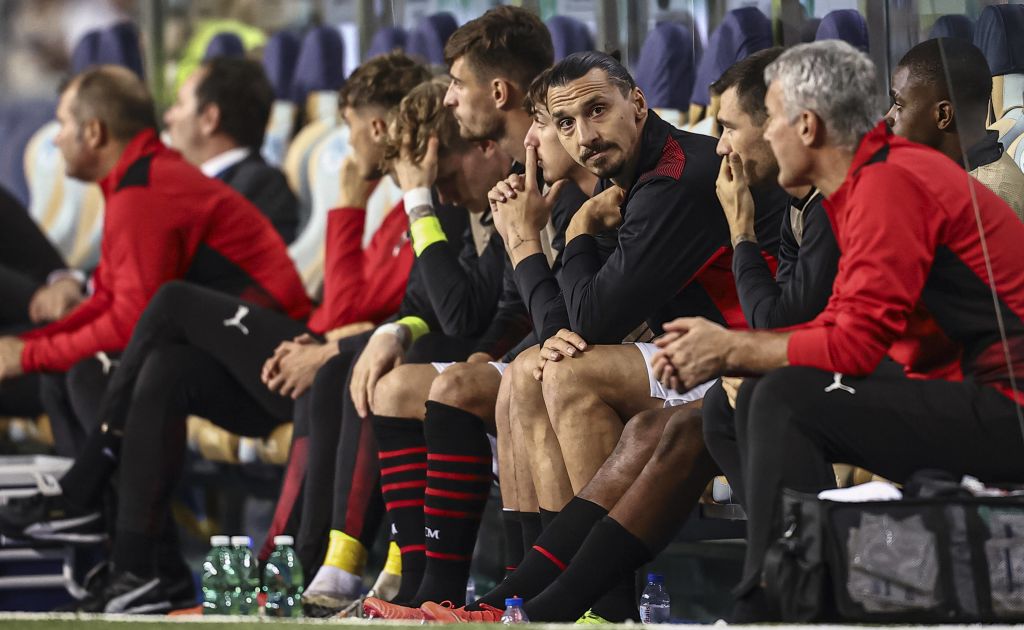 For the seven-time champions returning to the Champions League after a seven-year absence, it has been a grim return to the elite competition.

The draw, it has to be said, was not kind to the Italians, with Liverpool and Atletico Madrid two of the more consistent performers in this competition during Milan’s lengthy absence, and Porto always motivated and capable of causing the kind of upstart stink that prompts a fresh round of European Super League talks.

It’s now three games and three defeats for Milan, and defeat in Portugal now leaves even third place and the minor dignity-salve of a Europa League knockout spot looking a long way off. Atleti and Porto both now have four points to their name meaning pointless Milan really must win the return leg against the Portuguese to retain any hope of extending their European season into the new year.

But Atletico Madrid’s home defeat to Liverpool does mean that all is not lost for Milan. While bottom spot still looks the likeliest finishing place, second is still tantalisingly within reach if both results go Milan’s way on November 3.

But even then Milan would have to get a result at the Wanda Metropolitano three weeks later and on this evidence they simply don’t have it in them. Atleti may have been beaten by , but it was a in which both teams played to a standard this Milan side currently simply cannot match. The result may have been a good one for Milan’s theoretical prospects in this group, but the match itself should terrify them.

And when coupled with their own limp and mardy defeat to Porto, it all looks bleak for a once-proud Champions League giant.

The real frustration must come in the way this long-awaited return has been seemingly frittered away. There is nothing wrong with Milan’s domestic form, with seven wins and a draw from their opening eight Serie A games seeing them behind only flawless Napoli and well clear of the rest. At the very least it looks unlikely they’ll have to wait seven years for another crack.

But they have been utterly unable to transfer that form or energy into what should have been the highlight of their season. The fear of potential humiliation that now engulfs those upcoming return clashes with Liverpool and Atletico Madrid should have been pride at a club returning to what would be considered its rightful place.

Porto, with all due respect, undeniably marked a step down in level from Milan’s two opening defeats. But they were unable to muster any kind of performance to rekindle hopes. Nobody in red and black enhanced their reputation.

It’s been a timid and dispiriting return to the top level. Barring dramatic improvement it’s also going to be awfully brief.