Terraria: Where To Find The Zenith Sword | Screen Rant

The Zenith sword is the most mighty sword in Terraria. There is a specific way to get it. This guide will layout the process on how to find it. 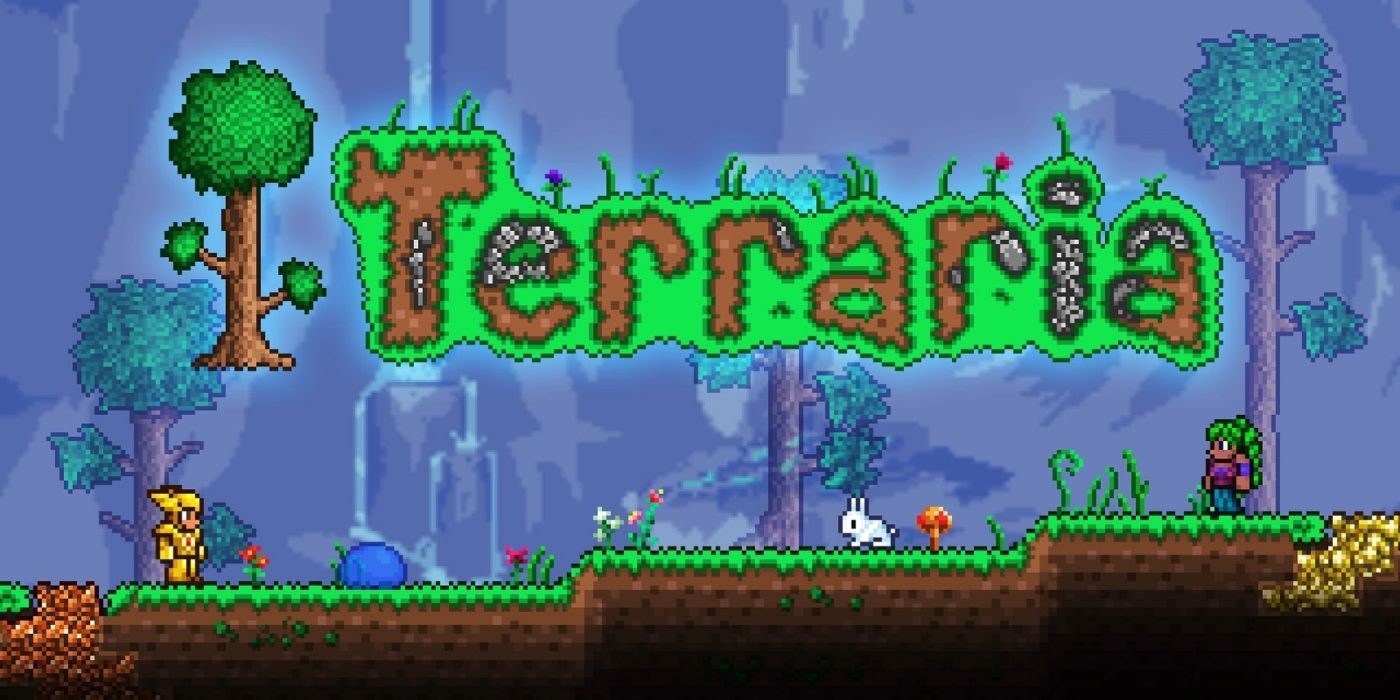 Terraria is no stranger to introducing new weapons to the game. One of the most powerful weapons players can find is the 'Zenith Sword' and this guide will lead the way on how to get it.

Terraria is a unique action-adventure game that has engrained sandbox elements in which players can explore vast caverns and encounter all manners of enemies and crazy events. Released on May 16, 2011, by Re-Logic, Terraria encourages players to; craft, mine, and build different structures and items as they level up their character and attract valuable NPCs.  Constructing different dwellings will summon; wizards, merchants, and nurses to aide players with their quest. This game is laid out in the same format as Metroid. Players will be encouraged to explore and unlock various tools and weapons that'll enable them to progress throughout the world. There will be enemies that'll summon magic, bows, swords, and even guns and will stop at nothing to prevent players from accomplishing their goals. Slaying certain types of enemies will drop specific items in which players can utilize for building up their base and arsenal.

There are even bosses to fight in Terraria and players will need all the help they can get to bypass them. With the current 1.4 update (which is known as Journey's End), there is a heap of new content now available that ranges from new enemy types to more elaborate weapons. The most sought after weapon is the 'Zenith Sword', and its might can easily smite enemies at a brisk pace. Of course, the more powerful the weapon, the harder it is to find. Therefore, there's a very specific process to unearth this sword and use it toward victory. It'll take a certain level of commitment and patience to achieve the addition of this sword to the inventory. However, once players have it, it'll quickly turn the tables against enemies and it will become the prime choice of the players' inventory.

The 'Zenith Sword' is a post-Moon Lord (hard mode) weapon that has the ability to break through blocks while swinging around automatically. Players will need to collect a number of different swords throughout the game in order to craft the 'Zenith Sword.' Crafting this weapon is probably the most complex throughout Terraria that requires 16 different items to successfully forge it. There are certain swords that can be simply found during the player's quest, but there are others that'll need to be crafted. The following list will explain which swords (and materials) players will need to get started with the construction of the 'Zenith Sword.'

These are all the swords and materials finally garnered to be able to craft the 'Zenith Sword'. Use either the Mythril or Orichalcum Anvil to craft it and watch the magic fly as players lay waste to the enemies. With; 190 Damage, 6.5 Knockback, 14% Critical and 16 Velocity, there's no other sword like it. It will take some work, but it'll be worth the effort. The 'Zenith Sword' is both a spectacle to see and a joy to play with.

Terraria is available on PlayStation 4, Xbox One, Andriod, iOS, PC, and Nintendo Switch.

Dan Harmon and the Community cast took a hilarious dig at Donald Glover's early exit from the series during the virtual table read for charity. 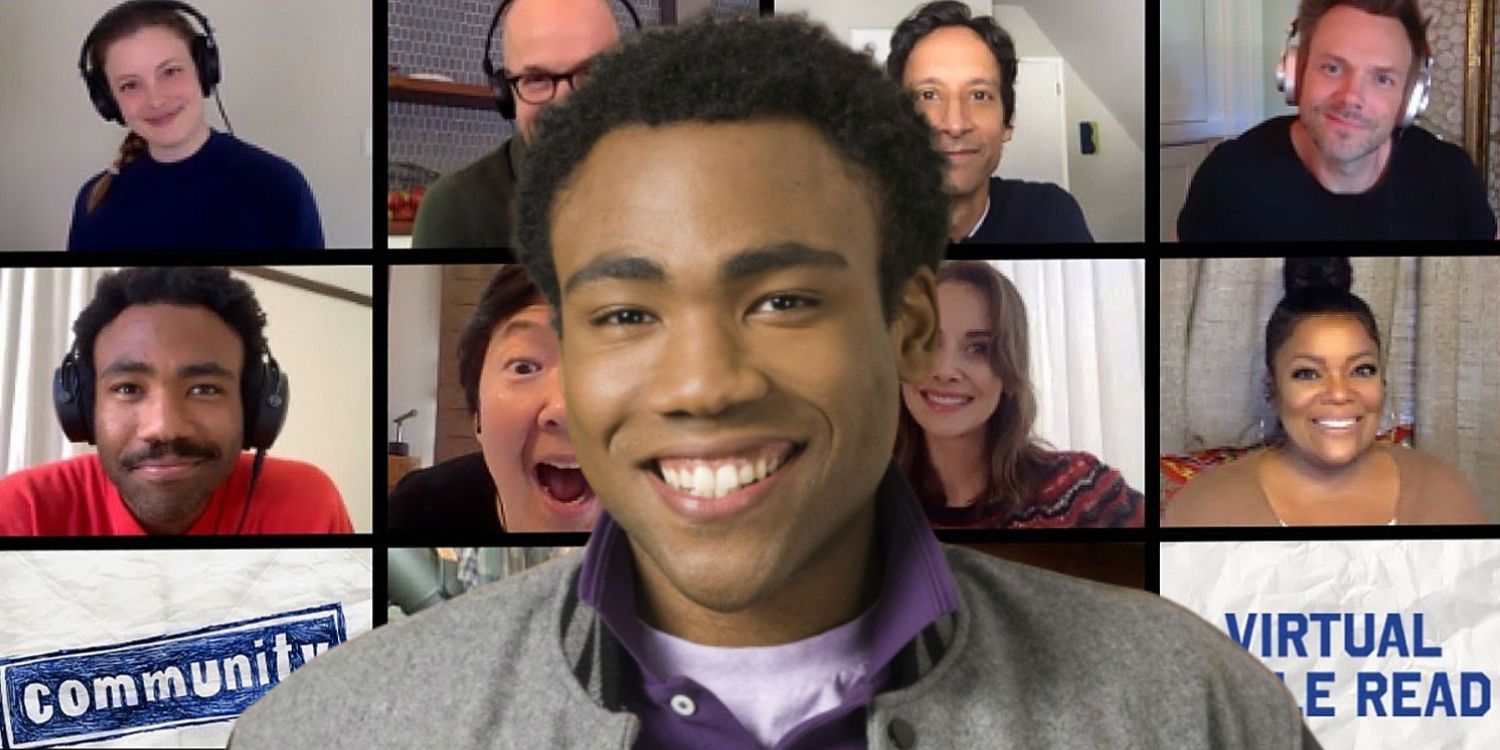 The cast of reunited for a special table read and while doing so, they poked fun at co-star Donald Glover. The actor, who played Troy Barnes on the NBC series, served as a core character before exiting a few episodes into season 5. Here's how the table read playfully mocked Glover and what it means for the future.

Community was created by Dan Harmon and originally ran from 2009 to 2015. The comedy series lasted five seasons on NBC before Yahoo! Screen revived it for a sixth and final season. It primarily focused on a study group from Greendale Community College and their wild shenanigans while on campus. Headlining the series along with Glover were Joel McHale, Alison Brie, Yvette Nicole Brown, Chevy Chase, Danny Pudi, Gillian Jacobs, Jim Rash, and Ken Jeong. While the majority of the core cast remained for the duration, Glover was one of the few who exited early to focus on his personal growth, as well as his music career as Childish Gambino.

Related: Will Community Season 7 Ever Happen?

To raise money for the coronavirus pandemic relief, much of the cast reunited with Harmon for a virtual table read of the season 5 episode "Cooperative Polygraphy." 's Pedro Pascal joined in to read for Walton Goggins' character for the specific episode. After presenting a pandemic version of the credits song toward the beginning of the table read, Harmon joked that Glover had to leave. The actor played along by abruptly removing his headphones while Harmon explained that Glover only committed to doing the first five pages of the script. This was an obvious dig at Glover's exit after five episodes in season 5, and was made even better by the reaction from his castmates.

Considering the rest of the cast involved with the table read giggled during the gag aimed at Glover, it proved that there were never any hard feelings stemming from their co-star's exit. There had been various rumors about the cast and crew changes over the years, but it was evident that the rest of the cast remained supportive of Glover. The fact that he even took part in the table read revealed that Community still holds a special place in his heart. He may have outgrown the series, as did many of the other actors, but they're all still very proud of their time on the comedy.

With rumors still running rampant regarding a movie, seeing much of the cast together again will cause an even greater demand for some type of sequel. Following the read, those involved took part in a Q&A and of course, the notion of a movie was brought up. Glover had his own idea of what it could focus on but he did share that he would be interested in doing a follow-up movie. With Community now streaming on Netflix and Hulu, the show has found a second life so it may be now or never for Harmon and the Greendale alums.

Next: Every Breaking Bad Actor In Community