Tottenham manager Jose Mourinho … The post ‘That is not my job’ – Mourinho asked about Bale to Spurs links appeared first on Football365. 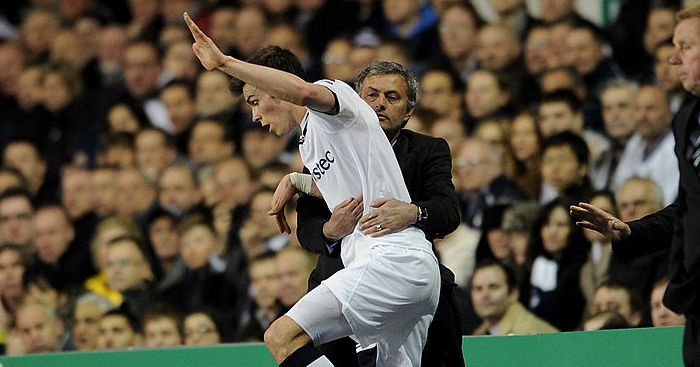 Tottenham manager Jose Mourinho has refused to comment on the club’s attempts to re-sign Gareth Bale.

Reports claim that the Real Madrid winger’s representatives are working on a deal to take Bale back to Spurs.

But ahead of his side’s Europa League second-round qualifying clash with Lokomotiv Plovdiv, Mourinho said: “Gareth Bale is a Real Madrid player and I don’t comment on players from other clubs.

“That is not my job to have contacts with agents. I don’t want to comment on that.”

The 31-year-old swapped the north London club for the Spanish capital in 2013, winning four Champions Leagues during a medal-laden stint at the Bernabeu.

But Bale has found himself marginalised under Zinedine Zidane and a return to Spurs could be on the cards.

The two parties were still in discussions to get the move done on Wednesday morning, PA understands.

“Gareth Bale is a Real Madrid player and I don’t comment on players from other clubs. That is not my job to have contacts with agents. I don’t want to comment on that.” #THFC #COYS

It is a complicated deal that will inevitably encounter problems given Bale’s wages and contract length at the Bernabeu, but it is one that the Welshman is keen to make.

Meanwhile, Tottenham trained with a full squad ahead of their European trip to Bulgaria.

Giovani Lo Celso was present after he missed with a hamstring injury.

The likes of Harry Kane, Son Heung-min, Dele Alli and Lucas Moura were all present as boss Mourinho looks set to travel with a strong squad.

Mourinho says Tanguy Ndombele is not fit enough to start, but his process is a “positive” one.

The post ‘That is not my job’ – Mourinho asked about Bale to Spurs links appeared first on Football365.

Mendy deal held up over last-minute demand for Chelsea defender