The 10 Worst Things You Can Put on Your Face, According to a Cosmetic Chemist 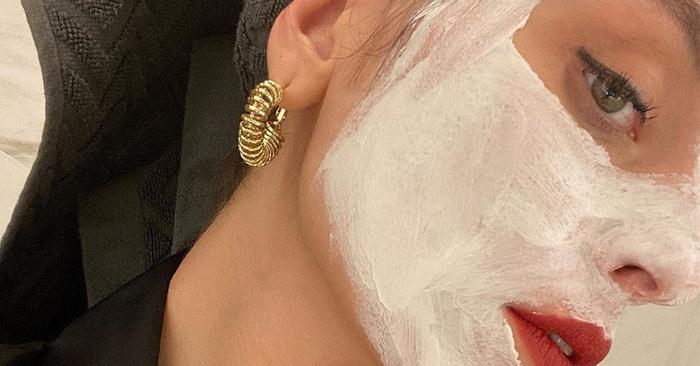 I'm not ashamed to admit that reading through ingredient labels on beauty products sometimes makes my head spin. The multisyllabic words and stickers boasting those buzzy, clean, and natural monikers alone are enough to cause a mental frenzy. Compound all of this with the fact that everyone from scientists to overly confident Twitter "experts" has a different opinion about which ingredients to avoid in skincare, and it's enough to send anyone into a mental spiral. Does everything cause cancer? Is moisturizer poisonous? What is the truth?

"We are living in an era where consumers are raising awareness of any ingredient that might be suspect of causing harm," says Ron Robinson, cosmetic chemist and founder of BeautyStat. "In fact, any ingredient studies that have shown even the slightest safety concern, if consumers get wind of it, they may warn others to avoid that ingredient. If this news builds, then some manufacturers may decide to not use that ingredient to avoid consumer backlash, even if those studies were flawed or not done in context." Anne-Claire Walch, PhD, pharmacology expertand founder of forthcoming skincare brand Náu, agrees but notes that constant education and innovation are necessary to make sure the products we're using are not only effective but are also safe. "With scientific and clinical research progressing every day, we get to discover new ingredients and new techniques faster and, in turn, realize the health implications of certain ingredients when used repeatedly," she says. "Regulatory practices, therefore, need to constantly be revised and improved to keep up-to-date with the latest scientific findings."

So which ingredients are safe, and which ones aren't? While I'd love to give you a definitive answer to that question, the fact is that it doesn't exist! However, there are certain ingredients that experts believe should be avoided due to countless studies suggesting they could cause substantial harm from irritation to endocrine disruption. Ahead, see the top 10 ingredients Robinson and Walch think you should avoid as well as some safer options to replace them with.

What they do: Parabens, which can be identified in ingredient labels by sussing out prefixes such as methyl-, propyl-, butyl-, ethyl-, and isobutyl- with the suffix paraben, are preservatives. "They protect cosmetics from dirt and function as a preservative to help increase the shelf life of products," Walch explains.

Why steer clear: You've likely been accosted with directives to avoid parabens before now, but do you know why?According to Walch, parabens can cause allergic skin reactions, redness, itching, and even damage to the hormonal system. "There's usually only a small percentage present in a product, but according to some studies, with long-term use, it accumulates in the body, where it can affect the hormonal system," she says. Worst case, as Robinson told me, they can potentially be carcinogenic or cancer causing.

What it does: Like it's other paraben relatives, triclosan is a preservative that acts as an antibacterial and antifungal agent.

Why steer clear: "Triclosan has become increasingly harmful over the last four decades," Walch tells me. "It has been shown to cause allergies, attack the skin’s natural acid shield, and damage the liver. If a toothpaste contains triclosan, it can kill the beneficial bacteria that are part of healthy oral flora, and if swallowed and allowed to enter the digestive tract, it can cause unwanted destruction to the intestinal flora. It has also been linked to cancer, developmental disorders, and liver damage."

* Walch notes that natural-origin preservatives can't protect the product against microorganisms in the long-term, as parabens do, but that we can do a lot by protecting our cosmetics from touch, from air, and from any dirt. She says the best way to store our cosmetics is in airtight containers.

What they do: Sulphates are cleaning agents or detergents that produce foam.

Why steer clear: Robinson says that at their core, sulphates are harsh. "They can strip the skin of natural oil, causing irritation and allergic reaction," he says. Walch agrees, adding that the harsh nature of these chemicals can actually weaken your skin's ability to do its job. "They're an aggressive substance, which dries out the skin, weakening its defence system. It may cleanse the skin, but in the process, it can allow any harmful substances to more easily enter the body through the skin." She also says that, while she thinks the use of sulphates could certainly lead to issues, there's still more to be determined around the actual risks. "Expert opinions are quite conflicting, so we recommend using with caution. To mitigate the risk, avoid or reduce the daily use of these substances as much as possible," she advises.

Where it's commonly found: hair products

What it does: "Formaldehyde is commonly used in hair-straightening products," Robinson says. And while it might seem off topic to call out a toxic hair product while discussing what not to put on our skin, it's important to remember that our hair grows out of our scalps, which are made up of, you guessed it, skin! Additionally, our hair products tend to come into contact with our faces, whether we're rinsing them out in the shower or spraying a little too nonchalantly.

Why steer clear: Robinson confirmed that fumes from formaldehyde are carcinogenic.

What it does: This substance is mainly used as a preservative and emulsifier to stabilize formulas.

Why steer clear: Robinson says that aside from being potentially irritating, quaternium-15 is a formaldehyde releaser and essentially carries the same carcinogenic threat.

What they do: Petroleum derivatives— including mineral oil, paraffin oil, petrolatum, and liquid paraffin—often serve as emollients, forming an oily layer on top of the skin to trap water in for the purpose of making the skin feel softer.

What they do: PEGs are synthesized from petroleum and are used as emulsifiers and excipients. There are several types, including PEG 20, 40, 80, and so on.

Why steer clear: Robinson says that these additives mainly cause skin irritation, but Walch adds that on top of this, they can cause premature aging. "They can age the skin and reduce its natural moisture content as well as increase its vulnerability to bacteria," she says.

What they do: Robinson says that phthalates like dibutyl phthalate, diethyl phthalate, and di-2-ethylhexyl phthalate help products spread more easily.

Why steer clear: While it's not likely that you would find them on an ingredient list these days for things you'd spread over your face, the threat is great enough that you should still exercise caution, especially since Robinson says they are potential carcinogens and endocrine disruptors.

What it does: As evolved as humans are, Walch says we're suckers for good smells. "Fragrance is one of the most critical ingredients in cosmetics, as it's the starting points from which we may choose our favourite cream, body lotion, or perfume," she says. "The vast majority of the products contain purely chemically produced fragrance compositions, which have been shown to cause allergic reactions on the skin."

Why steer clear: Walch points out that manufacturers use thousands of fragrance components in their products, some of which are harmless. However, most are strong allergens. "Unfortunately, there is no regulation to make it mandatory to list all components. Therefore, caution should be exercised in this case as well." In addition to skin irritation, Walch says these additives can cause headaches, allergies, dizziness, rashes, cough, pigmentation, and hyperactivity.

*Walch notes that pure essential oils can cause allergic reactions, too, so those with very sensitive skin should avoid all scent components.

Where they're commonly found: all types of beauty products for the face, body, and hair

What they do: It's not hard to guess what dye is used for. Robinson says that food, drug, and cosmetic pigments—widely referred to as FD&C pigments—are most commonly used.

Why steer clear: Robinson warns that the risks associated with these types of pigments are skin irritation and possible carcinogen exposure.

What Happened To Brad Pitt's Latest Relationship With Nicole Poturalski?

If Cozy-Chic Is Your Vibe, You're Going to Want All of These New Pieces

I Just Read a Bunch of Nordstrom Reviews and Now Have These...

I'm a Boy, Love French-Girl Style, and Want to Try These...

Gwyneth Paltrow Wore the Summer Basic You Can Get for $25

4 Years Later, and I'm Still Loyal to These 7 Bikini Brands

My 62-Year-Old Mom and I Agree—We'd Regret Skipping These...