Long ago, the four nations lived together in harmony. Then, everything changed when Avatar: The Last Airbender went off the air. The superb Nickelodeon animated series left a massive hole in many fans’ lives, and even more so when it became increasingly harder to stream the series. But finally, after so many long years, Avatar: […] The post The 15 Best ‘Avatar The Last Airbender’ Episodes, Ranked appeared first on /Film.

Long ago, the four nations lived together in harmony. Then, everything changed when Avatar: The Last Airbender went off the air. The superb Nickelodeon animated series left a massive hole in many fans’ lives, and even more so when it became increasingly harder to stream the series. But finally, after so many long years, Avatar: The Last Airbender is back on U.S. Netflix.

Spoilers ahead for Avatar: The Last Airbender. 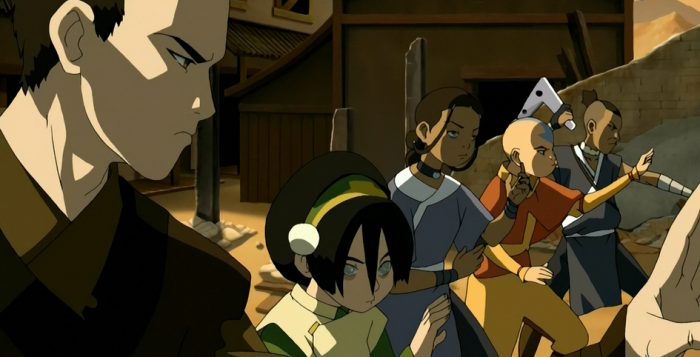 Heroic tales are only as good as their villains, and the greatest villain of Avatar: The Last Airbender gets a hell of an introduction in “The Chase.” I’m speaking of course, of Azula, the Fire Nation princess and resident sociopath whose ruthless maneuverings and chilling charisma help her surpass even the show’s ultimate Big Bad, Fire Lord Ozai. Though technically introduced to the Gaang in “Return to Omashu,” “The Chase” is where Azula and her team become a force to be reckoned with. “The Chase” follows the Gaang after recently welcoming their newest member, Toph, to the group. Right off the bat, “The Chase” establishes the rifts among our new core characters (always essential in a tightknit ensemble), and drives a wedge into them with its premise: the group is being inexplicably chased by a relentless machine that won’t allow them a good night’s sleep. Tensions fly, unlikely friendships are formed with former enemies, and the episode ends with a thrilling stand-off between the Gaang and Azula, with Iroh and Zuko by their side. Though it offered no tidy ending, the episode would foreshadow later alliances and establish Azula as one of the most compelling female villains on TV.

How does a pacifist protagonist win the war against an evil Empire? It’s a surprisingly deep ethical dilemma that Aang wrestles with throughout Book 3, and which comes to a head in the majestic, awesome series finale, “Sozin’s Comet Part 4.” The final battle between Aang and Fire Lord Ozai is the stuff of blockbuster-level dreams, spanning nearly the entire half-hour as the two foes breathe fire and level mountains. It’s one of the best-animated fight sequences of the entire series that ends with the surreal, otherworldly image of Aang and Ozai becoming overtaken by pure beams of energy. Combined with Jeremy Zuckerman’s beautifully somber score, performed for the finale by a live orchestra, that battle alone is enough to bring tears to your eyes. The rest of the episode holds up as well, as the episode reaches a crescendo with Iroh’s triumphant liberation of Ba Sing Se, Katara’s knockout fight with Azula, and a heart-pounding moment of terror for Toph and Sokka. Though the epilogue rather quickly ties up loose ends (and gives us a few romantic pairings we’re not quite satisfied with), “Sozin’s Comet Part 4: Avatar Aang,” is a rip-roaring culmination of the entire series.

“The Blind Bandit” gives us the final piece of the puzzle we never knew was missing: Toph Beifong, the tough-as-nails blind 12-year-old girl who is recruited by Team Avatar to be Aang’s Earthbending Master. The Gaang happens upon the blind fighter during an earthbending tournament, where Toph easily bests the other muscly fighters with her effortless earthbending skills. Recognizing the master that he saw in his visions, Aang tries to recruit Toph, but is rebuffed by the girl, who leads a double life as a sheltered daughter of a wealthy family and a prized earthbender. While “The Blind Bandit” is mostly a fun comedic episode that plays like a glorified wrestling match (a concept that the writers loved so much they made it a central part of The Legend of Korra), it’s a pivotal turning point for the series that feels like it finally comes into its own with the introduction of Toph. Angry, blunt, and rude, Toph blasts into the series like a tsunami — or more accurately, a landslide — that shakes up the somewhat harmonious ensemble and finally completes the five-man band of Team Avatar.

Avatar: The Last Airbender is a saga of failures, and “The Day of Black Sun” is arguably the most gutting one. The second part of the two-parter unfolds with baited breath, as Team Avatar and the Southern Water Tribe army discover that Fire Lord Ozai is nowhere to be found and that the Fire Nation had been prepared for their surprise invasion. Despite Aang, Sokka, and Toph’s best efforts, they can’t find the Fire Lord, and the army is forced to surrender and be taken as prisoners of war. It’s a roller coaster of a half-hour that showcases Toph’s brawny earthbending skills and gives us the villainous Azula at her most delightfully cunning — smoothly manipulating the team and evading them without a hair out of place. But despite the upsetting failures of Sokka’s well-planned strategy — the guilt of which would eat at him for episodes to come — “The Day of Black Sun Part 2” gives us Zuko’s shining moment when he confronts his father for a lifetime of emotional abuse and declares that he will join the Avatar. It’s punctuated by the awesome moment when Zuko successfully redirects the lightning that his father shoots at him, cementing his transformation from tortured victim to strong-willed hero. 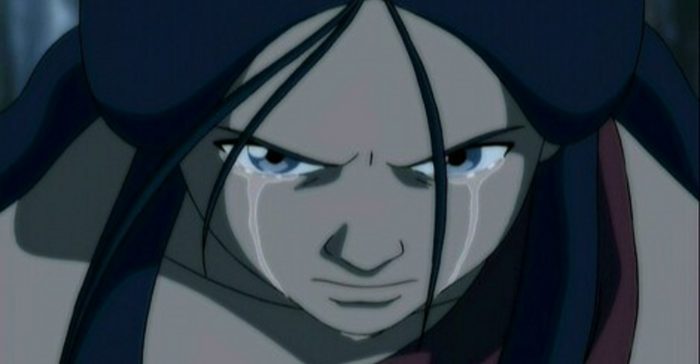 One of the darkest and most disturbing episodes of Avatar: The Last Airbender, “The Puppetmaster” is the closest the show gets to being full horror. Team Avatar stops by a small town in the Fire Nation, where they hear tales of people disappearing in the nearby woods during full moon. They soon begin to suspect Hama, the elderly innkeeper they befriend who reveals herself to be a waterbender who escaped a Fire Nation prison and is living in hiding. While Katara is thrilled to learn from the resourceful Hama, who teaches her how to bend water from the most unlikely places, Sokka discovers the terrible truth: that Hama was the one behind the disappearances, kidnapping the unsuspecting villagers through a horrifying new technique called bloodbending. The show’s depiction of bloodbending victims — all twisted limbs and crackling bones — is some of the creepiest imagery that Avatar: The Last Airbender has created. There are shades of possession movies mixed with dark fairy tales in “The Puppetmaster,” but its most harrowing revelation is the monsters that war makes out of even its most noble, well-intentioned soldiers.

Batwoman’s Season 1 Finale Had To Cut A Supergirl Cameo