On Saturday night (July 4), NBC celebrated America's 244th birthday with its Macy's 4th of July Fireworks Spectacular. Below, Billboard breaks down all the best moments from the annual special. 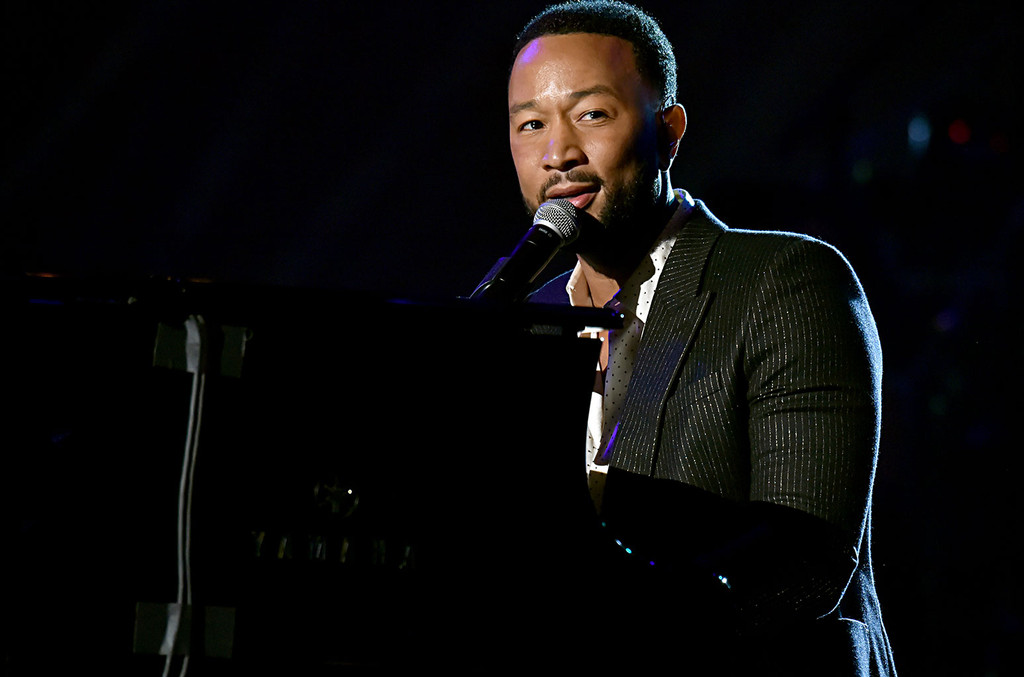 Hosted by Today anchor Craig Melvin and meteorologist Dylan Dreyer, the special featured socially-distanced performances by everyone from Black Eyed Peas and John Legend to The Killers, Lady A and Brad Paisley at venues throughout the country. Despite the truly unprecedented times surrounding the national holiday, Melvin promised “If there was ever a time to celebrate America, it’s tonight” as he opened the show from atop the Marriott Marquee in Times Square.

While this year’s festivities may not have looked like years past, the musicians streaming in from Nashville, L.A. and elsewhere gave stirring, memorable performances ahead of the dazzling display of pyrotechnics throughout New York City.

Below, Billboard breaks down all the can’t-miss moments from the annual Macy’s 4th of July Fireworks Spectacular.

Brad Paisley started the evening off on a high note, performing the lively title track from his 2009 album American Saturday Night at the Grand Ole Opry in Nashville, Tenn. Wearing a bright red guitar strap and gleaming white cowboy hat, the country star opened the show with summertime memories of “a French kiss, Italian ice/ Margaritas in the moonlight/ Just another American Saturday night” while backed by his socially-distanced band. Later, he also performed his teamwork-makes-the-drink-work quarantine anthem “There’s No I in Beer.”

Early in the special, newly-christened Lady A took the stage at the Grand Ole Opry to perform their 2017 single “You Look Good.” The performance marked the country trio’s first televised appearance since announcing last month that they’d be dropping “Antebellum” from their name in response to the nationwide Black Lives Matter protests. Later in the show, Lady A also performed “Champagne Night,” the winning track from their recent episode of NBC’s Songland. Penned by Canadian singer-songwriter Madeline Merlo, the song has so far peaked at No. 27 on Billboard’s Hot Country Songs chart, and marks the first winning entry from the songwriting competition series to be sent to radio as an official single.

The Killers performed a stripped-down version of their 2019 one-off single “Land of the Free” live from Prairie Sun Recording Studio in Sonoma, Calif. As a tribute to George Floyd, frontman Brandon Flowers use the performance to once again change up the lyrics to the song’s poignant second verse. “When I go out in my car/ I don’t think twice/ But if you’re the wrong color skin/ You grow up lookin’ over both your shoulders/ In the land of the free/ And how many killings must one man watch in his home/ Till he sees the price on the tab/ Eight measured minutes and 46 seconds/ Another boy in the bag/ Another stain on the flag,” he sang from behind the piano in reference to Floyd’s tragic death at the hands of Minneapolis police officers.

Stories of “The American Spirit”

Between songs, the special ran a number of inspirational segments centered on “The American Spirit.” Featuring essential workers, activists and other do-gooders, as well as notable stars like actor Danny Trejo and Olympic gold medalist Joanna Hayes, the packages presented an inclusive, hopeful look at the ways Americans around the country have persevered through the COVID-19 pandemic, nationwide protests for racial equity and other societal upheaval we’ve all faced in recent months.

For his two performances during the special, Tim McGraw offered up a double dose of nostalgia and feelings — first delivering his 1999 summertime classic “Something Like That” followed by his 2020 single “I Called Mama.” While he has yet to officially announce a new album on the heels of the tearjerking ballad, the country star’s latest track has further cemented his icon status by giving him chart hits across four separate decades. (Thus far, “I Called Mama” has peaked at No. 22 on the Hot Country Songs chart.)

The Black Eyed Peas Revisit “Where Is The Love?”

Broadcasting from L.A.’s Volt Studios, the Black Eyed Peas dusted off their smash 2003 single “Where Is The Love?” for the fireworks special — with new collaborator J. Rey Soul taking over Fergie and Justin Timberlake’s vocals on the original recording. During the first verse, Will.i.am changed up the impactful song’s first verse to highlight the ongoing Black Live Matters movement, rapping, “But we still got terrorists here livin’/ In the USA, the KKK/ I can’t believe they still hating Blacks today.” The hip-hop group was also joined later in the show by Maluma, who appeared via video to deliver his verse on the Peas’ latest bilingual party anthem “Feel the Beat,” which is featured on their new album Translation.

In a break between Paisley and Lady A’s second songs of the evening, national youth poet laureate Amanda Gorman delivered a moving performance of her 2019 work “Believers Hymn for the Republic.” “Today, we gather so that our Founders’ words do not go diminished. But also so that the work does not go unfinished/ For it’s not just in a declaration of independence/ But the everyday declaration of its descendants/ That make a people equal/ It is our right and our role/ To remember these words scratched on a scroll/ So we may live them and heal our nation whole,” she recited, reminding viewers that America still has a long way to go in its fight to ensure equality for every citizen.

John Legend closed out the evening with a powerful performance of his 2014 Oscar-winning hit, “Glory” from the Martin Luther King, Jr. biopic Selma. Backed by a socially-distanced gospel choir draped in white robes, the EGOT winner opted to deliver a rousing call for equality in place of collaborator Common’s second verse.

“Today as we celebrate July 4th, when this nation declared its independence, we have to recall that everyone wasn’t free at that time. Too many of our brothers and sisters were not free. The ideals that this nation stands for, we still don’t live up to,” he declared over a swelling instrumental break. “We have to keep fighting, keep marching, to get closer to freedom, closer to justice, closer to equality. We’re gonna keep marching; we hope you keep marching with us. And one day when the glory comes, it will be ours.”

Kanye West Is Running For President

Lady Gaga Shows Off ‘Chromatica’ Face Mask: ‘Be Yourself,...