In 2018, some of Norweigan’s Boeing 787 Dreamliners were grounded due to engine issues. In order to provide… 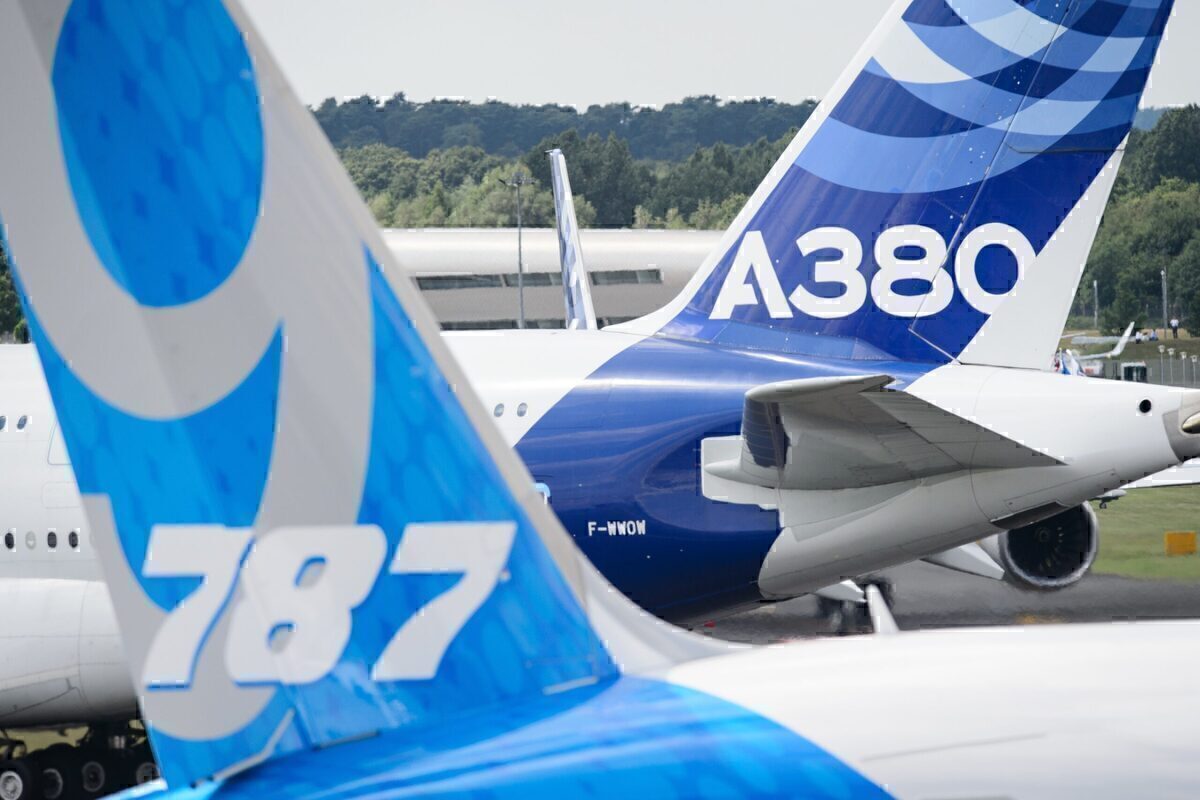 In 2018, some of Norweigan’s Boeing 787 Dreamliners were grounded due to engine issues. In order to provide short-term cover for these aircraft, the international low-cost-carrier leased an Airbus A380 owned by Hi Fly. However, if Norwegian was given the chance to permanently use an A380 in its fleet, would it? And how do the two types compare to each other on the whole?

Norwegian’s necessity to lease an A380

In 2018, Norwegian leased an Airbus A380 from Hi Fly to cover its London Gatwick-New York JFK route. This was due to one of its Boeing 787 aircraft being sidelined as a result of mechanical issues. The lease proved costly for the airline, but it did, at least, allow it to continue serving the route.

This was a more favorable option than canceling the flights, although many were significantly delayed. This was due to JFK’s limited capacity for A380s. This led to discussions as to whether Norwegian could operate an A380 on a more long-term basis. Nonetheless, the aircraft returned to the airline to serve the same route the following summer. But what is the general outlook in terms of the suitability of the two aircraft in the current market?

Different variants of the two types

European manufacturer Airbus has only produced one variant of its quadjet double-decker A380 ‘superjumbo’ aircraft. This is known as the A380-800. At one time, it had also proposed an A380 plus design. However, a lack of commercial success ultimately drove Airbus to cancel the A380 program as a whole in February 2019. This came just 12 years after Singapore Airlines launched the type commercially.

Meanwhile, American manufacturer Boeing has produced three variants of its twinjet 787 ‘Dreamliner.’ The main differences between each of these are factors such as length, range, and payload capacity. As such, we will compare the largest Dreamliner, the 787-10, with the Airbus A380.

Our focus will be on quantifiable statistics that one can easily compare across the two aircraft. While aspects such as the bigger windows on the 787 are excellent for passengers, passenger comfort, while important, is not something that is so easily quantifiable.

The specifications for the Airbus A380-800 and the Boeing 787-10 across various crucial parameters are as follows:

We will now examine some of these aspects in greater detail.

In terms of capacity, it is abundantly clear that the A380 can carry significantly more passengers than any 787 variant. With 525 passengers in a standard, three-class configuration, the A380 has a sizeable advantage over the Boeing 787-10, which seats 323 passengers across three classes. A proposed all-economy version of the A380 could even carry as many as 800 or more passengers.

It is also worth considering the fact that airlines can do more with the A380’s extra space than just increase its seating capacity. Many operators choose to equip their superjumbos with additional luxurious aspects, such as first-class cabins, bar areas, and even showers.

One might have thought that the size of the A380 would harm its operational range. However, we can see that, in fact, it exceeds the 787-10 in this area by around 2,000km/1,100 NM. For comparison’s sake, the other 787 variants boast the following operational ranges:

We can see that the smaller variants of the 787 have a better range than the larger 787-10. In fact, the mid-sized 787-9 even outranks the A380. However, in terms of the comparison to the larger 787-10, the A380 appears, on paper, to be the more flexible aircraft on account of its longer range. However, at the same time, the A380’s size also means that it is less flexible in the sense of being able to serve fewer airports.

The A380 has one of the best ‘fuel-burn-per-seat’ ratios in the sky today. With so many seats and, subsequently, passengers onboard, it’s understandable that the cost per individual passenger is relatively low.

However, the four wing-mounted engines and the aircraft’s sheer weight still make the aircraft among the thirstiest in terms of fuel consumption. Some airlines have decided to phase out the aircraft in favor of the Dreamliner. This trend is likely to continue as rising fuel prices and the subsequent necessity for more efficient aircraft dictate the future of the aviation industry.

So which aircraft is the best?

The 787 was the first next-generation widebody twinjet, and the A380 remains the world’s only fully double-decker passenger airliner to date. As such, both aircraft are trailblazers in their own right.

However, Airbus designed the A380 for long-range, high-capacity hub-to-hub flights. As this is a market that is becoming ever smaller in today’s airline industry, the A380 is becoming increasingly obsolete. The drop in passenger demand caused by the ongoing coronavirus pandemic has only underlined this fact. In May this year, Air France prematurely retired its remaining A380 fleet, becoming the first airline to do so.

Meanwhile, Boeing designed the 787 series for more bespoke and direct routes away from hubs. Crucially, however, it also built the Dreamliner with modern, environmental factors such as fuel efficiency in mind. This shows when comparing final numbers between the two aircraft.

Ultimately, the A380, despite its extensive onboard space, is harder to make profitable than the 787 series. As such, this is one of the major reasons why airlines are looking to retire the type with increasing haste despite its short service life.

The Crazy World Of Presidential Jets And Royal Transport

What Causes An Airline To Go Bankrupt?