It’s Canada’s biggest economic driver, and our best pathway to a recovery. Here’s how governments can take it seriously. The post The big issue in the next federal budget should be the Care Economy appeared first on Macleans.ca. 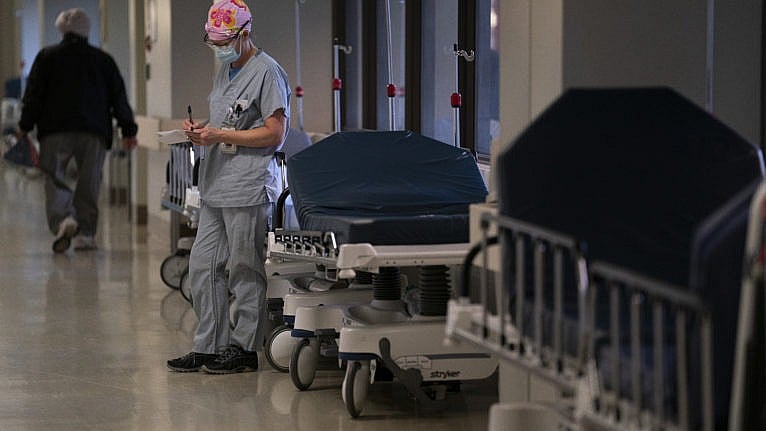 Monday’s federal budget should have this core message: the Care Economy is the driver of our present and our future. If that isn’t the foundation of the government’s post-pandemic recovery plan, then we need an election to make it so. With every passing day, the devastation being witnessed in Canada’s systems of care could not make more clear how high the stakes are in getting this right.

The crisis in staffing at nursing homes in Ontario is only the latest signal that we need change. Longstanding staff shortages exacerbated by a third wave of COVID mean there are 6,000 empty beds in care homes that can’t be used by hospitals under strain. There has been an exodus from the sector, and the jobs simply can’t be filled. It’s a glimpse of what we face when the Care Economy is threatened.

Just as climate change presents an existential challenge to all electoral and budgetary processes, every political party needs a plan to boost and harness the power of the Care Economy. It will build the resilience to get through the pandemic and maximize the other side. The planning must start now.

That’s the core message of the campaign we are launching today.

The Care Economy is often treated as an afterthought, a derivative of GDP, and a nice-to-do rather than the must-do job of governments. That could not be further from the truth.

The Care Economy, at a minimum, covers all of health and education, from early learning and childcare to eldercare and all aspects of care over the course of our life cycle. We are focusing here on the contributions of health and education to GDP and the paid job market. At the same time, we need to recognize that there are other contributions to the Care Economy, like housing and the environment, and that much of care work is still unpaid and takes place outside the market.

Many will be astonished to learn that, according to Statistics Canada, health and education alone power 12.3 per cent of GDP, and account for 21 per cent of all paid employment.

When it comes to GDP, the Care Economy is outpaced only by real estate, and is far more of an economic driver than manufacturing, or oil and gas, or even finance. When it comes to the share of all jobs, it is unrivalled.

If there is the political will, the Care Economy could be the generator of good jobs and a strong economy in the early 21st century, much as manufacturing was in the 1950s to 1970s.

Some jobs in health and education are good jobs. But too many are not. This is particularly true in the two sectors experiencing the fastest growth: eldercare and childcare.  More eldercare will be needed for the growing cohort of seniors who will account for roughly one in four Canadians in the coming decades.

Likewise, early learning and childcare will be critical to support the shrinking share of the population that is working age. This is the group that will be largely responsible for continuing to provide all residents in Canada—including those who for various reasons are unable to participate in the labour market—with the quality of life that befits the tenth largest economy in the world.

This next generation of adults will themselves need supports that maximize their potential. This means better access to high quality childcare and pharmacare, better mental health care, dental and vision care, leave for bouts of unpaid care, homecare and affordable housing. Childcare must be coupled with early learning to ensure that we maximize the learning potential of our youngest children today in order to maximize their potential tomorrow.

The Care Economy doesn’t just maximize human and economic potential for future growth. The Care Economy acts as an automatic stabilizer through business cycles. The sector is publicly funded and is therefore more resistant to downturns during recessionary periods. Perhaps more importantly, both its quality and quantity is something we can shape through public programs, and using our collective purchasing power to maximize quality, efficiencies, reach and social justice.

Which is why we, and an initial group of co-signatories from across Canada, think all political parties and candidates need to tell us how they plan to centre the Care Economy in all their future budgets and election platforms, both federally and provincially.

The federal government is first up to bat, and can and must lead this mission-oriented focus at a time when provinces and territories are so cash-strapped. But no provincial or territorial government can duck the reality that the pandemic revealed: the Care Economy is the foundation of the Essential Economy.

These basic truths about the Care Economy are not widely understood. They are persistently ignored in political and public debates about our recovery efforts. We think it’s time to press the unmute button. We must start talking about the future of our economy and our wellbeing at the same time.

The pandemic has exposed how our social infrastructure underpins our physical, social, psychological and economic health. The Care Economy, staffed largely by women, is critical to our survival during the pandemic and will be critical to our emergence from the pandemic. The pandemic has also revealed that racialized, Indigenous, immigrant and migrant workers are disproportionately more likely to both provide care and become exposed to illness and death. Low-paid workers in these groups, and in particular women workers, are disproportionately treated as both essential and more essentially disposable in jobs with few labour protections and rights. A more resilient future requires transformational change, not just a “return to normal.” That has to start with our culture and vision of care.

The post The big issue in the next federal budget should be the Care Economy appeared first on Macleans.ca.