The case for an East Asian ‘climate club’ led by Australia

Authors: John Mathews, Macquarie University, Elizabeth Thurbon, UNSW, Sung-Young Kim, Macquarie University and Hao Tan, University of Newcastle The Nobel Prize-winning US economist William Nordhaus fired a salvo recently when he published an article on how to drastically revamp international efforts to deal with climate change. He argued that climate negotiations operate according to a […] 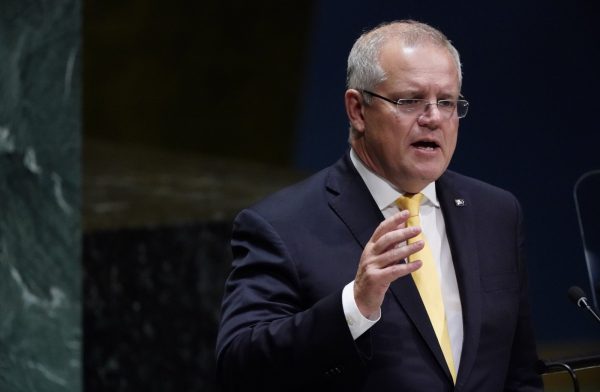 The Nobel Prize-winning US economist William Nordhaus fired a salvo recently when he published an article on how to drastically revamp international efforts to deal with climate change. He argued that climate negotiations operate according to a deeply flawed structure that has no chance of success, with no penalties for free-riding and non-membership. He proposed an alternative solution centred on ‘climate clubs’ made up of like-minded nations that would agree between themselves on fundamentals. These would include both a carbon price covering emissions and an agreed tariff on imports from countries that refuse to join the club or are expelled from it.

This new approach could start with a few countries agreeing to form a ‘climate club’ that establishes clear rules for member countries and penalties on outsiders, consistent with rules of the World Trade Organization (WTO).

After all the hand wringing over climate change, Nordhaus’ proposal stands out as an effective and workable global response — one that is targeted directly at punishing his own country for sabotaging previous climate agreements. Nordhaus gives some guidelines for effective club membership policies, such as an agreed price on carbon of US$10 or US$20 per tonne for carbon emissions by member countries with a 3 per cent tariff (and rising) on imports from non-member countries.

While there has been some discussion of climate clubs and their compatibility with the WTO, no group of countries has yet taken up the Nordhaus ‘climate club’ proposal. This radical but effective solution provides an opportunity for Australia to seize a regional leadership role, initiating an international climate club which includes China as well as other East Asian countries such as Japan and South Korea.

Such a proposal would enable Australia to hold out a friendly hand to China. It would recognise China’s green initiatives and those of other East Asian neighbours, making them the centrepiece of a global effort on climate change which actually stands a chance of being effective. The United States would of course be invited to join — but, under Trump, would doubtless refuse the invitation, making clear that its exclusion is self-inflicted.

It could be pitched with a more inclusive sounding name like the ‘Climate Action Coalition’ (CAC) and aim for a more ambitious carbon price. East Asian countries form a convenient grouping for such an initiative because they are all pursuing serious ‘greening’ strategies and are already operating domestic cap and trade schemes.

The initiative would create a new grouping of countries forming a global social network for positive change. The strength of the proposal is that it need not be exclusive. Australia and East Asian countries would initially form the centrepiece and formally establish the CAC as a new international institution. Once formed, the CAC could offer membership to any country or group of countries — such as the European Union — that would agree to abide by the common rules.

This is not to understate the political difficulties that such an initiative would encounter. But when faced with an existential threat, we are obligated to explore novel solutions.

Our own research on the clean energy shift in East Asia indicates that ‘clean transition’ countries in the region could adopt the requisite Nordhausian climate club policies with relative ease. China is already on its way to operating a national cap and trade scheme which could be internationalised by joining the proposed CAC. The same is true for South Korea and Japan. But present geopolitical circumstances — from the South China Sea, to Hong Kong, COVID-19 hostilities and border skirmishes with India — mean that China is in no position to propose such an initiative on its own.

Here is Australia’s opportunity to play the role of ‘honest broker’ in a major international initiative — one that is independent of the ‘Quad’ linking the United States with Japan, India and Australia. Australia has the credentials to lead such an endeavour. It was an Australian initiative that led to the creation of the Asia-Pacific Economic Cooperation (APEC) grouping which brought together 21 countries from the region in 1989 — still meeting as a group over 30 years later.

From an Australian perspective, this proposal promises to break the deadlock over climate policies because it would be an international initiative. For Australian Prime Minister Scott Morrison, it would disarm opposition from within his own party to any climate initiative because China would be carried along by it, removing the familiar argument that Australia shouldn’t do anything while China does nothing. The advantage of making the CAC an East Asian initiative is that it would be seen as a regional initiative and not in any way an attempt to pander to China.

The CAC would undoubtedly help accelerate the realisation of a future in which Australia is a top five global exporter of renewables-derived ‘Green Hydrogen’ as the government stated in the 2019 National Hydrogen Strategy. Such a goal will depend on minimising potential obstacles such as devoting federal funds to coal-derived ‘Brown Hydrogen’, which does not have an end date.

The proposed CAC would create an international institutional structure that promises to grow into a global entity. It would be funded by the carbon price imposed on carbon emissions — a fund that could bankroll green initiatives and even issue its own bonds, eventually becoming the largest financial source for global clean initiatives.

The opportunity to show real Australian leadership is here for the taking.

Elizabeth Thurbon is Scientia Fellow and Associate Professor in International Relations in the School of Social Sciences at The University of New South Wales, Sydney.

Sung-Young Kim is a Senior Lecturer in International Relations at Macquarie University, Sydney.

Hao Tan is Associate Professor in International Business at the Newcastle Business School, The University of Newcastle.

US: NASA launches Perseverance rover on way to Mars

How bad is COVID-19’s impact on Asian developing economies?