The Curious Case of Benjamin Button Misunderstood Its Own Marketing

David Fincher's The Curious Case of Benjamin Button misused a quote from Danish existential philosopher Soren Kierkegaard in its marketing. 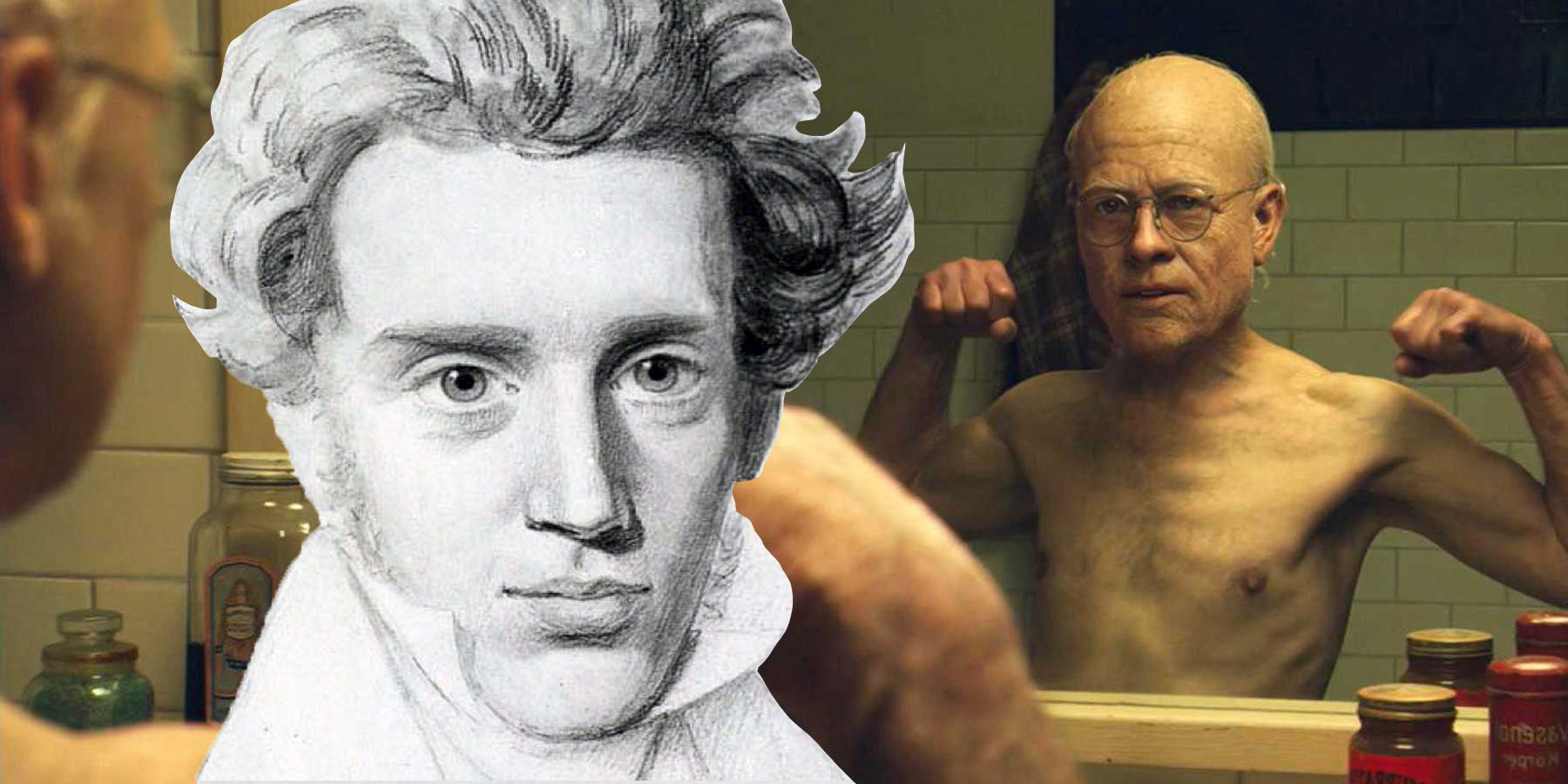 The Curious Case of Benjamin Button used a quote by Danish philosopher Søren Kierkegaard in its marketing, but seemed to misunderstand its meaning. One of the taglines used in the film’s trailer and key advertising was “Life can only be understood backward. It must be lived forward,” which implied some relevance to David Fincher’s romantic fantasy drama.

Loosely based on a 1922 short story by F. Scott Fitzgerald, the movie follows Benjamin Button (Brad Pitt) who is born in 1918 looking like, and suffering from the physical ailments of, an elderly man. As Benjamin grows up, he ages in reverse, until he dies an infant. Though he ages in reverse physically, his mind is still that of a man his chronological age: for instance, though he may look in his sixties, Benjamin nonetheless has the behaviors, impulses, and emotional maturity of a young boy. Much later in his life, Benjamin displays signs of Alzheimer’s disease despite having the appearance of a seven-year-old boy.

Related: Netflix: Every Movie and TV Show Releasing In May 2020

Though the themes of time moving backwards despite life moving forward are indeed present in The Curious Case of Benjamin Button, it seems like the film’s marketing misunderstood the meaning of Kierkegaard’s quote when it used it as its tagline. The full quote, written in Kierkegaard’s fourth volume of journals in 1843, is translated as follows:

“It is perfectly true, as the philosophers say, that life must be understood backwards. But with this, one forgets the other proposition, that it must be lived forwards. And if one thinks over that proposition, it becomes more and more evident that life can never really be understood in time simply because at no particular moment can I find the necessary resting point from which to understand it – backwards.”

The 19th century philosopher was writing about how life at any given moment can never be fully understood and that it is only with hindsight that separate moments make cohesive sense. Likewise, the only way to understand the present is to reflect upon past, lived moments. Despite that, people cannot live their lives if they remain stuck in the past, dwelling on things we cannot change.

In the film version of the story, Benjamin Button, despite being born old, has no pre-existing wisdom or experience, which would give him any reflective power he would not otherwise have. He ages mentally as anyone else would, despite his physical condition. In fact, by the time Benjamin is in his last years, he forgets everything he knew and everything he’d done because of his Alzheimer’s. He therefore never even reaches a position where he can look back upon his life with the benefit of hindsight and make sense of it. The Kierkegaard quote therefore might superficially sound like it has relevance to the plot of , but understanding its philosophical meaning means seeing it has no specific connection to the idea of aging backwards.

Next: The Curious Case of Benjamin Button's Ending Explained