The CW’s Superman & Batwoman To Unite For Crossover In 2021

The Arrowverse’s Superman and Batwoman are set to unite for a two-hour event in 2021. The CW Chairman and CEO […] The post The CW’s Superman & Batwoman To Unite For Crossover In 2021 appeared first on Heroic Hollywood. 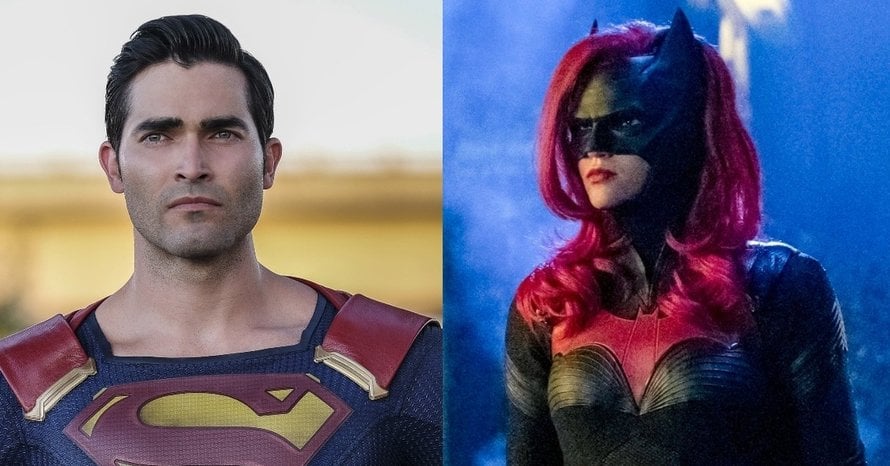 The Arrowverse’s Superman and Batwoman are set to unite for a two-hour event in 2021.

The CW Chairman and CEO Mark Pedowitz has revealed that the network is working on a two-hour Arrowevrse event featuring Tyler Hoechlin’s Superman and Ruby Rose’s Batwoman. The announcement was made during a scheduling call this morning.

During The CW’s scheduling call, Pedowitz mentioned that he’s hoping the Superman and Batwoman crossover will happen in either the first or second quarter of 2021. Here’s what he had to say on the matter:

“We’re still working on it. It will be a smaller event than usual, we’re only planning a two-hour event. We are talking about doing Superman and Batwoman together. There’s a lot of characters coming from our other shows.”

Earlier today, Pedowitz also said that the Arrowverse shows and the rest of The CW’s scriped originals won’t return to the network until 2021 due to the ongoing coronavirus pandemic. Tyler Hoechlin and Elizabeth Tulloch’s Superman & Lois, which was ordered straight-to-series this past January, will be airing on Tuesdays, with Ruby Rose’s Batwoman remaining on its Sunday night slot.

Batwoman is set to wrap up its first season this Sunday. Here’s the official description for the season one finale, titled “O, Mouse!”:

SEASON FINALE – When one of Gotham’s former heroes returns to his old stomping grounds to settle a score, both Batwoman (Ruby Rose) and Commander Kane (Dougray Scott) find themselves on the defensive. Meanwhile, Alice (Rachel Skarsten) has uncovered what could finally take down Batwoman, but she is losing hold on her henchman Mouse (guest star Sam Littlefield) and Hush (guest star Gabriel Mann), sending her spiraling into her most wicked self. Luke (Camrus Johnson) immediately focuses on finding a way to protect Batwoman from Alice, and Mary (Nicole Kang) has a chance to be the sister Kate has needed all along. New information surfaces, forcing Julia (guest star Christina Wolfe) to warn Sophie (Meagan Tandy) about the person pulling the strings. And in a final standoff, when Commander Kane refuses to retreat from his war on Batwoman, Kate may find herself more than heartbroken by her father’s choices. Amanda Tapping directed the episode written by Holly Henderson and Don Whitehead (#120). Original airdate 5/17/2020.

Stay tuned for the latest news regarding Superman, Batwoman and the rest of the Arrowverse heroes, and make sure to subscribe to our YouTube channel for more content.

The post The CW’s Superman & Batwoman To Unite For Crossover In 2021 appeared first on Heroic Hollywood.

‘Green Arrow And The Canaries’ Spinoff Still Alive At The CW