It has been 12 long months since we first asked the 5 million residents of Harris County to stay home. A year since we asked business owners to make incredible financial sacrifices. Nine months since our hospitals first exceeded their base capacity, and 1,200 people died in Harris County in a single month. There have… 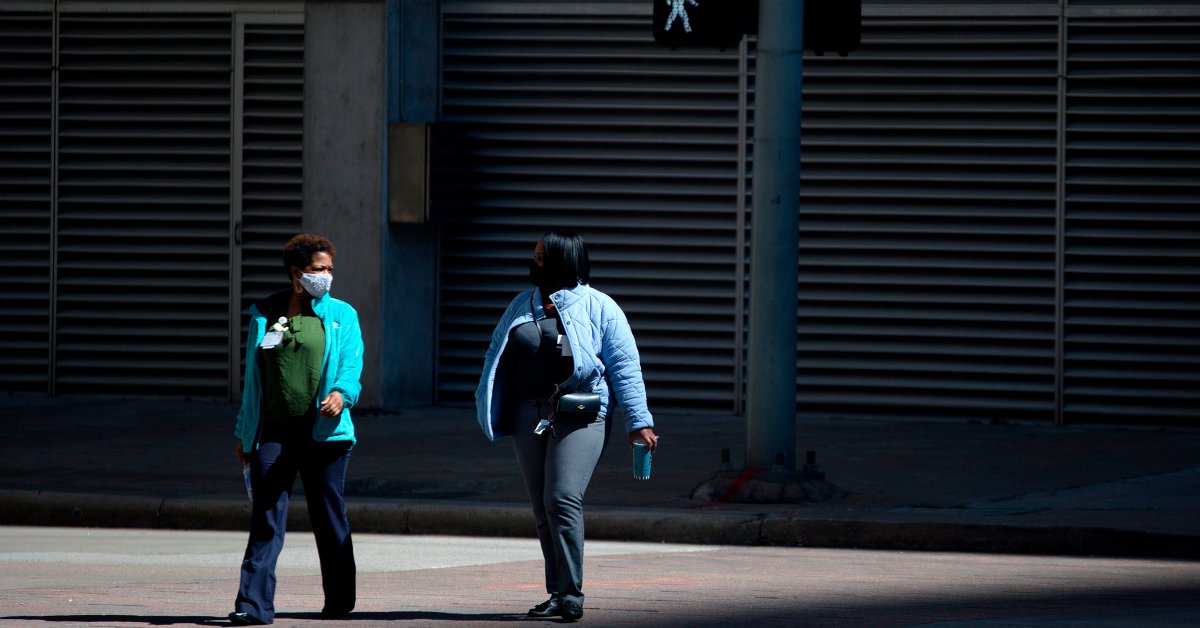 1,200 people died in Harris County in a single month. There have been countless missed moments, canceled weddings, sparsely attended funerals and live-streamed graduations. Parents have juggled work with homeschooling their children. Days and nights are filled with never-ending compromises to protect our family and community. Leaders should be willing to make sacrifices too.

As the chief executive and emergency manager of the nation’s third largest county, home to Houston and 33 smaller cities, I made a promise early on to my constituents: protecting human life would be our North Star, and if we erred, it would be on the side of action.

So from the beginning, we held tightly to the advice of some of the world’s most knowledgeable infectious-disease specialists. We consulted regularly with colleagues across the nation and world in search of best practices. Together with our health department as well as researchers from esteemed medical institutions and Rice University, we based our decisions on the truth as represented by the rush of data we collected and the experts’ best analyses. Our decisions haven’t always been popular with everyone, but I can sleep at night knowing every one of them put safety and the community first. I’ll let history sort out the rest.

Still, politics has a way of intruding on our best intentions.

If there is one thing I wish could have been avoided, it is the politicization of the battle against the virus. It was there almost from the beginning, of course. Political posturing and partisan bickering inhibited the nation’s response to the pandemic.

Fighting a deadly virus with rigid political ideology is like trying to wave away a thunderstorm with a hammer. It won’t work, and you’re likely to get hit by lightning.

Gov. Greg Abbott’s recent decision to lift the statewide mask mandate and allow restaurants, bars and other businesses to operate at 100% capacity is one of those times. Humbled by the sacrifices made this last year by Harris County residents, health care workers and, well, everyone, I, like many, am frustrated to see it all put at risk by the premature elimination of safeguards.

All of us want to enjoy the return to normal lives and an economic rebound. Here in Texas, the recent winter storm crisis deepened our anxieties and fears.

The extraordinarily successful national efforts to accelerate distribution of vaccinations gives us renewed hope, as does the relief bill passed by the U.S. Senate.

The spread of the disease is on something of a downward trend in the U.S., but it remains a delicate and dangerous time. We have to persevere with every ounce of determination we can muster.

The people of Harris County have grit second to none. I’ve had the honor of leading this community through fires, floods and the recent winter storm. Without fail we get up, recover, adapt and come back stronger.

We know better than to let our guard down simply because a level of government selected an arbitrary date to issue an all-clear. The vast majority of our community will continue this long march forward. I am proud to see so many businesses and school districts in Harris County decide to keep mask and occupancy requirements in place, despite the state’s lifting of precautions.

It is a heavy burden for a community to carry, to continue to sacrifice in spite of false hopes being offered at the highest levels of the state. I am working to clearly explain to the residents of my county that we will spare ourselves unnecessary death and suffering if we just stick with it for a little bit longer. I hope that people of this county won’t allow pandemic politics to snatch defeat from the jaws of victory and that we won’t throw away a year of pain and sacrifice so that politicians can have their “mission accomplished” moment.

The Key to Building Resilience in a Crisis

As Many Americans Get COVID-19 Vaccines and Financial Support, Undocumented Immigrants...

What We Don’t Know About COVID-19 Can Hurt Us

Stressed and out of shape: How to solve the two biggest...

Farmed Salmon Is Getting Worse