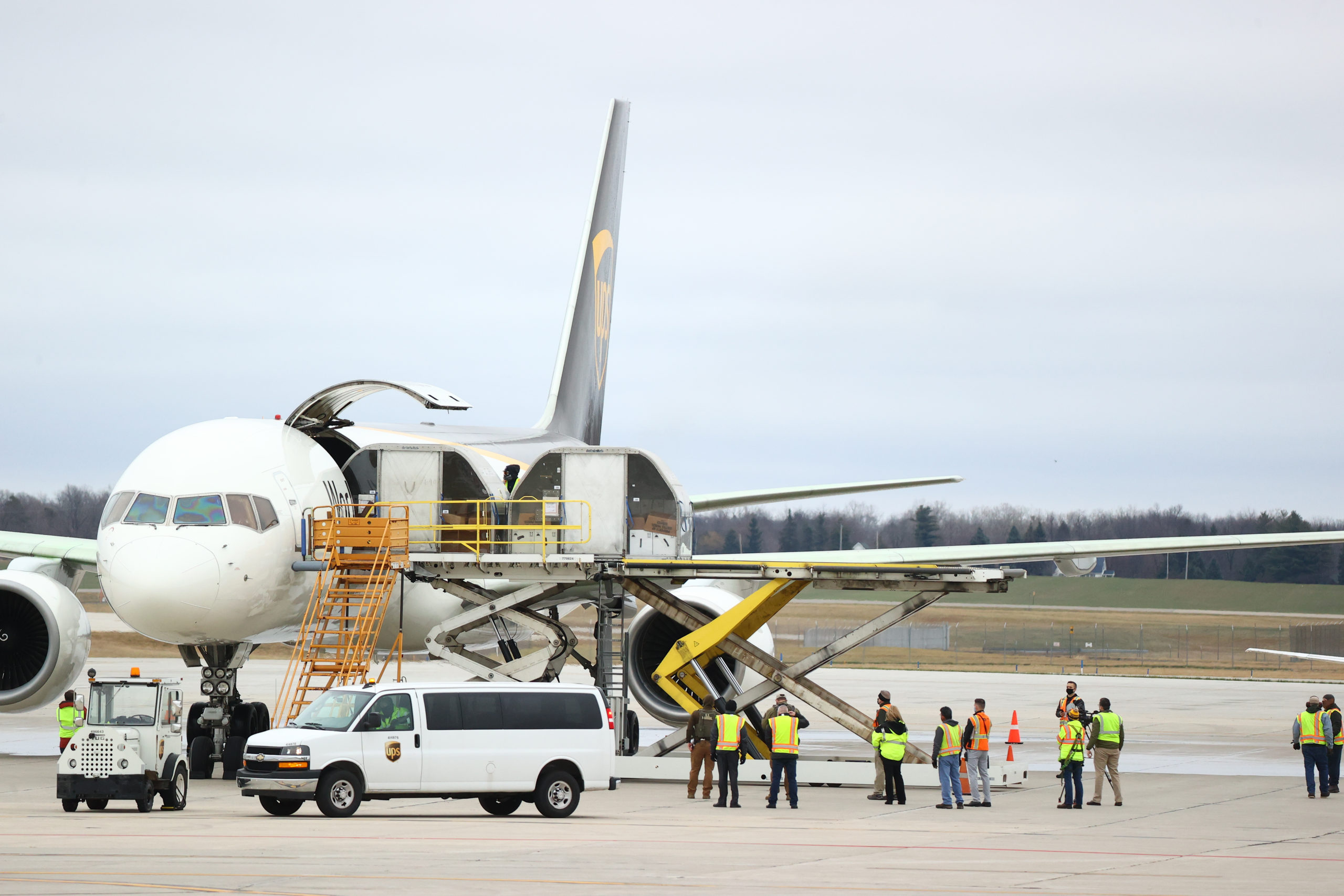 Governments across the world are frantically trying to vaccinate as many people as possible to bring the coronavirus pandemic to heel — but doing so carries some negative environmental consequences.

Everything from the massive freezers used to keep vaccines cold, to the trucks and airplanes needed to get the jabs out to patients, to the millions of waste vials and syringes pose potential problems.

“If we don’t do this in a sustainable way, using low impact technologies, natural refrigerants rather than synthetic ones, we’re going to have pieces of technology [for ultra-cold transportation] sitting here for the next 10, 15 years with big climate impact,” said Toby Peters, a professor specialized in the cold economy at the University of Birmingham.

Companies use hydrofluorocarbons (HFC) gases to freeze vaccines to a very low temperature — minus 70 degrees Celsius for the BioNTech/Pfizer jab — and allow their storage and transportation over long distances. HFC emissions have a global warming effect up to 23,000 times greater than CO2 but have been decreasing in the EU since 2015 thanks to a progressive phase-out under the bloc’s F-gas Regulation.

This progress could be compromised by the vaccination campaign, complicating the EU’s Green Deal target of becoming climate neutral by 2050, according to Peters. “It’s all going to add to emissions at a time where we’re trying to get to net zero,” he said.

But that’s not a concern in Brussels.

“The Commission estimates the risk of additional HFC pollution caused by the deployment of COVID vaccines as negligible to non-existent,” said Vivian Loonela, a spokesperson for the European Commission. If refrigeration equipment is hermetically sealed, there shouldn’t be any leaks, she continued.

There is also the environmental cost of logistics — the CO2-spewing airplanes and trucks needed to shift vaccines from factories to the eager arms of millions of people. The key is distributing the jabs in an efficient way.

“From a sustainability perspective, the more centers the better for the environment for the simple reason that the more centers you have, potentially the less kilometers every individual patient needs to make to get vaccinated,” said Roel Gevaers, economics and logistics professor at the University of Antwerp, adding that a good connection with public transport is essential to reduce carbon emissions from the vaccination campaign.

Gevaers said it’s more efficient to have trucks delivering to a few centers that are equipped with large storage spaces able to keep the vaccines frozen a longer time, rather than using a multitude of small vaccination points that have a shorter window to use the vaccine once it’s defrosted.

“To produce the vaccine for markets around the world, we have built a number of regional supply chains, meaning not only rapid access to as many countries as possible but also reduced need for transportation,” an AstraZeneca spokesperson said.

The AstraZeneca jab is stored at normal refrigerated conditions in contrast to the BioNTech/Pfizer COVID-19 vaccine.

“The more centers you open, the higher the chances you’ll lose some of the vaccines” because opened vials need to be thrown away at the end of the day, said Gevaers. “You need to find the balance between not losing a thousand injections and taking into account the environmental impact … that’s complicated trade-offs.”

In Bavaria, about a thousand doses of the Pfizer jab were wasted recently due to improper transportation in beer coolers, Der Spiegel reported.

In Paris, some hospitals got creative, using bike delivery to reduce the environmental footprint of the last mile. But French officials estimated that 25 percent to 30 percent of vaccine doses will be wasted due to logistics constraints.

Another concern is the potential increase in waste from the vaccination campaign, which adds to the waste already generated by single-use personal protective equipment (PPE) — the masks, suits and shields used to protect people and medical staff from the virus.

Little progress has been made since the start of the pandemic to prevent such waste, according to Dorota Napierska, chemicals policy and projects officer at the NGO Health Care Without Harm Europe.

“We don’t have the shortages [in PPE] that we had at the beginning [of the pandemic],” she said, “but we use as much disposable items as before.”

The Commission argued that slowdowns in other parts of the economy balance out against the extra medical waste. “We do not have indications that the increased use of single-use plastic protective material has contributed to a significant overall increase in the amounts of waste generation,” Loonela said.

The European statistics office Eurostat stopped collecting dedicated data on medical waste generation and management, making it difficult to get numbers on the situation.

Plastic syringes and glass vials could be recycled if properly sorted, disinfected and collected, but “it’s not that popular in Europe,” Napierska said, complaining that too many hospitals incinerate their waste.

Europe’s far right knows how to waste a good crisis

All nursery and primary schools in Belgium to reopen in...