The Evolution Of Economy Class 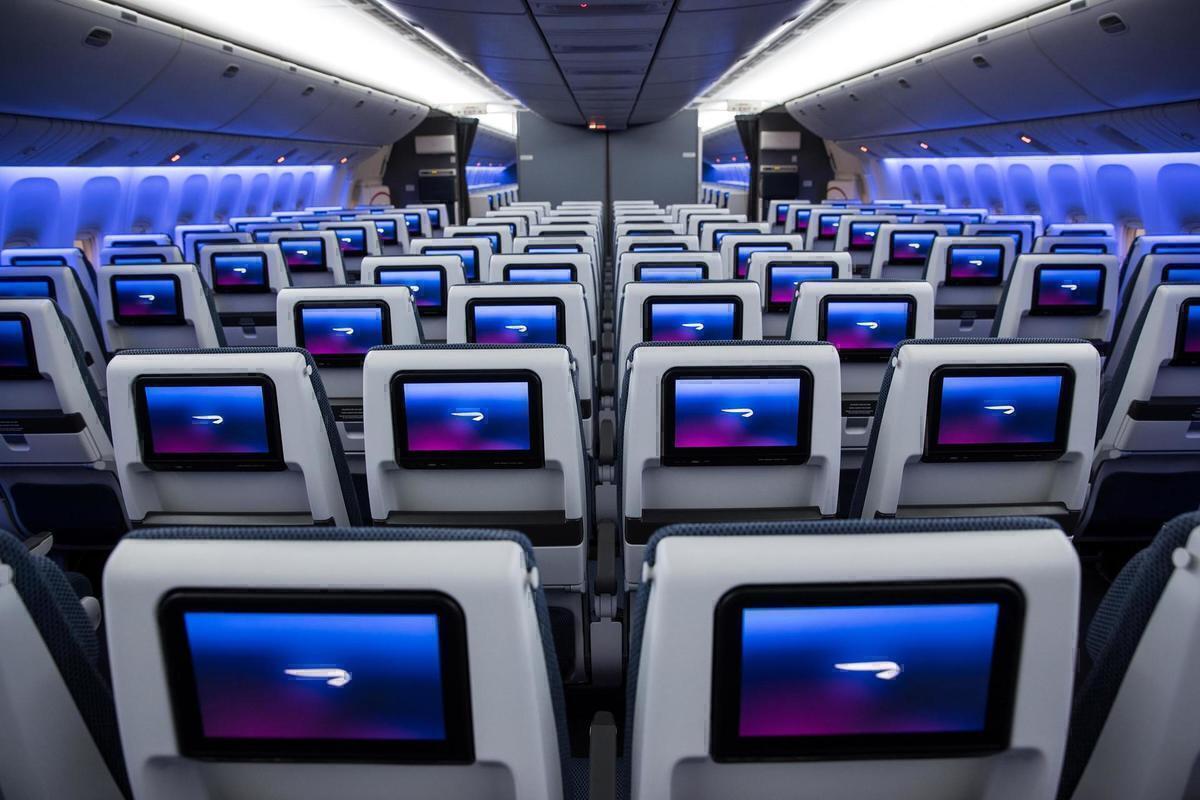 Economy class – as the lowest cost way to travel – has seen many changes since it really came about in the 1950s. Unlike first and business class, which continue to see improvements and new offerings, economy class, in general, has declined. Cabins, of course, are more modern but airlines have been in a race to pack them ever more full. This article takes a short look at the history of economy travel and how we got to what we have today.

In the beginning, it was all economy class – or first class?

In the early days of aviation, there was no differentiation between seating classes. Airlines offered one cabin, and one style of service to all passengers. Of course, on the earliest aircraft, this would have been very basic, as passenger service grew alongside freight and mail. But it soon improved as passenger service became more common in the 1920s.

Aircraft such as the Empire Flying Boat were the first to offer true long haul aviation. These generally came with one class of service, and it was very luxurious. Beds, tables, and lounges brought luxury that makes today’s first class look basic! Flying in these days was extremely expensive, and anyone who could afford a ticket received first class treatment.

Growth in aviation, but still one class of service

The introduction of aircraft such as the DC3 in 1936 brought major changes to aviation. Pressurized cabins could carry more passengers faster, further and in more comfort. Prices lowered and more people could travel. But cabins remained one class – not termed first or economy – but certainly nothing like today’s economy class.

The start of class differentiation

The concept of economy class began in the 1940s with the expansion in aviation after the Second World War. US airlines began to offer lower fares for a ‘coach class’ service. Often these were offered on separate services, perhaps making more stops and carrying freight or mail as well.

United was one of the first airlines to try this concept. It offered a two-stop flight between Los Angeles and San Francisco for US$13.90 as opposed to $18.95 on the nonstop service. Pan Am started this in 1948 on international flights to San Juan and Rio.

Airlines and fares were strongly regulated, and it was not until 1952 that IATA introduced a two-class fare structure. London to New York would cost $395 in standard class and $270 in lower standard tourist or coach class.

It was not until 1955 however when the first real two-cabin service, with separate seating, was offered. TWA introduced this on its Super Constellation aircraft – and this is likely the first real appearance of the economy and first class concept (with different fares, seats, and service) that we consider standard today.

Despite these introductions, economy class in these years was not as popular as you might imagine. Amazingly, it was not until 1961 that the number of passenger miles (in the US) flown in economy class exceeded that of first class.

Growth in aviation – and economy class from the 1960s onwards

Introducing business class as an enhancement to economy

With the expansion in aviation and reduction in fares, throughout the 1970s economy cabins became larger and fuller. The next major change to the economy cabin came when airlines began offering enhanced service within the cabin, giving regular passengers, frequent fliers, or just those who chose to pay for it, enhanced services and a quieter environment.

There were many versions of this launched by airlines – but these were initially all based on an enhanced service with the same economy seating. For example, British Airways offered  ‘Club Class’ from 1979, Pan Am introduced ‘Clipper Class’ in 1978 and Japan Airlines launched ‘Orange Blossom’ service as early as 1975.

By the end of the 1970s this evolved into a new third cabin of service – today’s ‘Business Class.’ Qantas was the first airline to introduce this, with other airlines such as British Airways, Pan Am and TWA all following in the early 1980s.

The creation of the business cabin out of economy set the standard of three cabins. But this would happen again in the 1990s with Premium Economy. The same pattern of carving out the upper end of economy into a new cabin class began again.

EVA Air was the first airline to introduce an enhanced economy cabin on its 747 in 1991, named the ‘Evergreen Class.’ Virgin Atlantic and British Airways followed soon after. American carriers were slow to introduce a separate premium economy cabin, instead choosing to make small modifications to their economy service (similar to how business class evolved earlier).

American Airlines, for example, introduced the Main Cabin Extra concept (for an extra charge or free for some frequent fliers) and did not introduce a separate premium cabin until 2016.

Some airlines continue to operate the split economy cabin idea rather than introduce a separate cabin. This generally comes at a lower cost but is also (in terms of airfares and mileage awards) still an economy seat.

Unfortunately for passengers, this introduction of new cabins, and ‘enhanced’ economy seats, over the past four decades has done little to improve the standard of economy class. Seats have become smaller, legroom has been reduced, and more and more of the services that used to be standard are now chargeable extras. Many airlines have defined an even lower-priced economy ticket – economy class without any of the extras such as hold baggage or the ability to choose seats.

British Airways, for example, are refitting many Boeing 777s with ten abreast seating in economy (3-4-3 configuration as opposed to the former 3-3-3). It is also offering lower hand baggage only fares on regional as well as long haul routes.

With this though fares have changed too and flying is of course much more accessible than in those early days of the 707 and 747. But with airlines today squeezing in more and more seats, is it really all that better? Let us know your thoughts in the comments.

Ryanair Has 600 Employees Too Many In Spain