The excuses police hear on our social distancing front lines

Strippers, luxury cars and fresh towels. The most colourful incidents and excuses from the month of April. 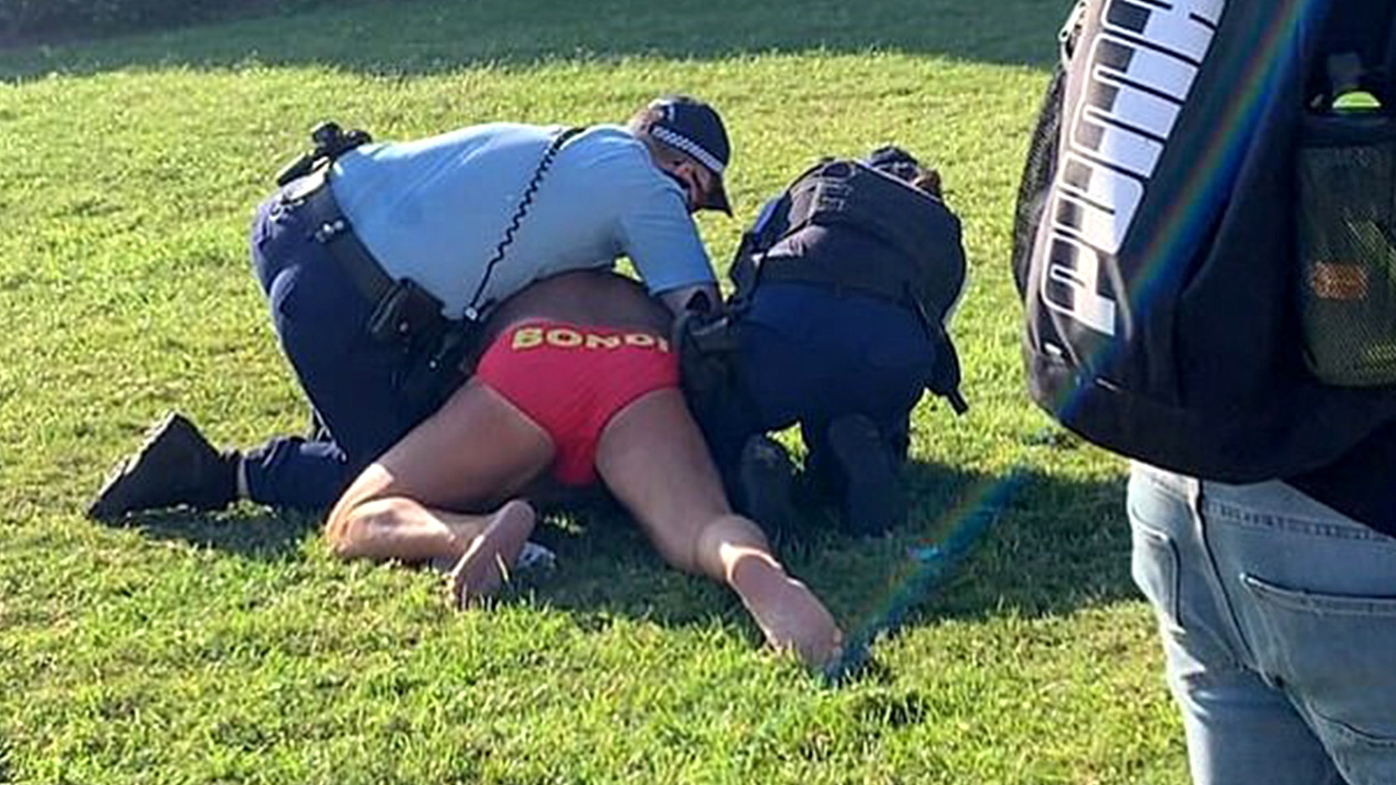 Some ugly and common themes arise in these lists.

What's clear is policing these orders is not always easy. 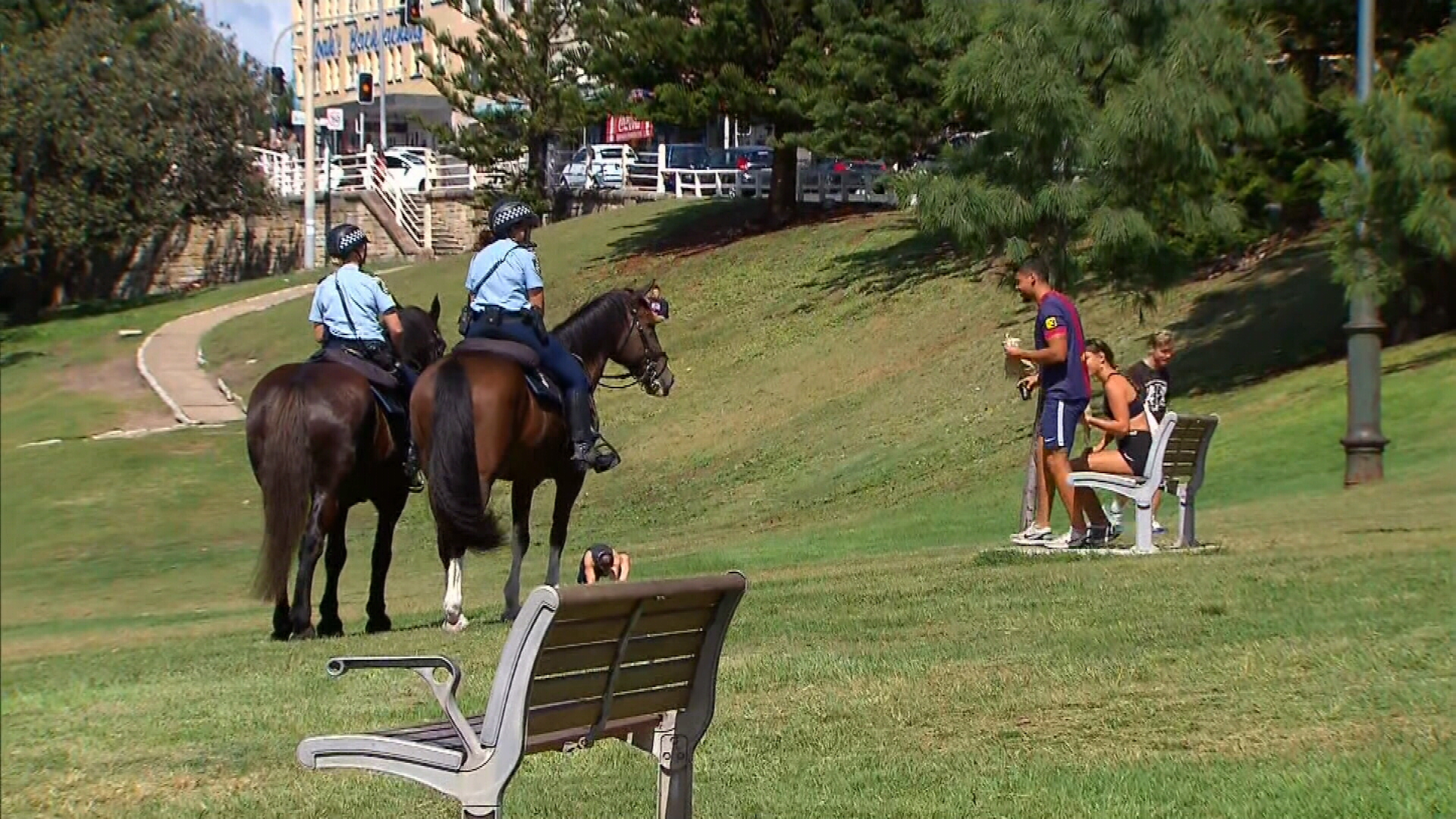 Officers on the beat meet resistance from some. The worst offenders spit at police, then find themselves arrested and slapped with heavy fines.

What's also evident is some people simply refuse to comply.

Describing why an infringement notice is issued, police will often explain how that person has defiantly ignored multiple warnings.

The notices also prove that groups partying at home can expect a knock on the door. Drugs, alcohol and weapons are often found on those who break distancing orders.

We've pulled together some of the more colourful incidents - and excuses - from the month of April. 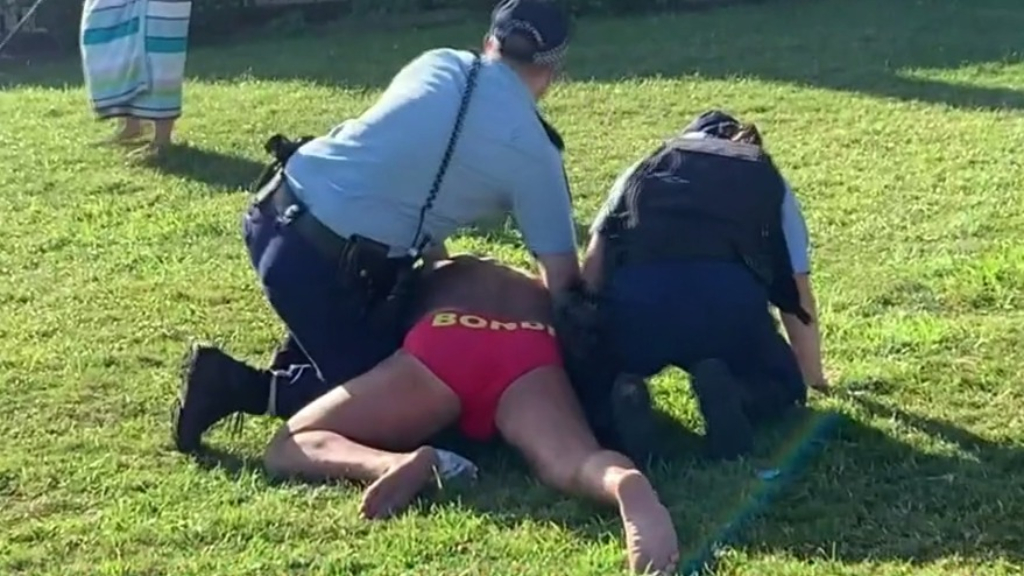 Kings Cross police stopped a McLaren 650S travelling in Potts Point, Malcolm Turnbull's neighbourhood. The 43-year-old driver tried to tell officers driving was a form of exercise. He was fined $1000, allegedly telling police: "Do what you want mate, I don't care. This $1000 fine won't hurt with my $15 million".

Police were called to a Parramatta serviced apartment complex because of noise complaints. Seven people were inside one apartment, including a 25-year-old female stripper. Four people, including two men and two women, were fined $1000.

Police approached a group of four people drinking in a park in Nimbin. One man told police he'd travelled from Casino because he was bored. He said he was aware of social distancing orders but did not believe in coronavirus. He was fined $1000.

The comedic excuse of stopping mid-run to chow down on a kebab went coast-to-coast. Western Australia Premier Mark McGowan was filmed bursting into laughter after hearing what a 21-year-old Newcastle man tried to tell NSW police to avoid a fine. The kebab-eating jogger failed and was handed a ticket. 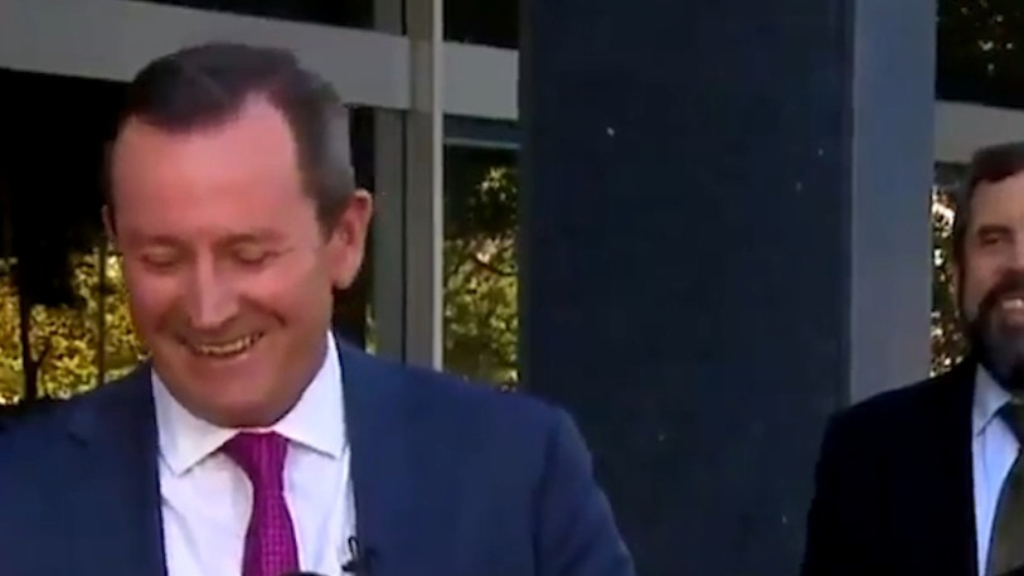 A western Sydney man stopped by police told them he was going to his mother's place to get cigarettes. He claimed he was unaware of the public health restrictions. Police determined he'd already had a warning and fined him $1000.

Police stopped a driver on the NSW south coast and he told them he'd been helping a friend cut firewood. The story was confirmed, except the firewood had been delivered to a totally different town. He was slugged with a $1000 fine.

Police spoke to a 23-year-old man at Bondi Beach car park. He said he was there to exercise despite it being almost midnight and the fact he was wearing thongs. He was fined $1000.

Two people were fined for travelling into NSW from Victoria to recycle cans and bottles.

Police near Byron Bay stopped a 20-year-old driver who failed to provide a reasonable excuse for travel. He told officers he answers to a higher authority. He'd previously been warned, so was fined $1000.

Five people on the Sunshine Coast were fined more than $6,000 over a noisy party. They claimed to have no knowledge of the pandemic or social distancing.

A Queensland woman spent a night behind bars and was fined $2000 after breaching coronavirus self-quarantine. She claimed no fresh towels were sent to her hotel room. She was supposed to be self-isolating at the Queensland hotel but police found her outside, one day after she got a $1300 fine for leaving her room to buy a Band-Aid. 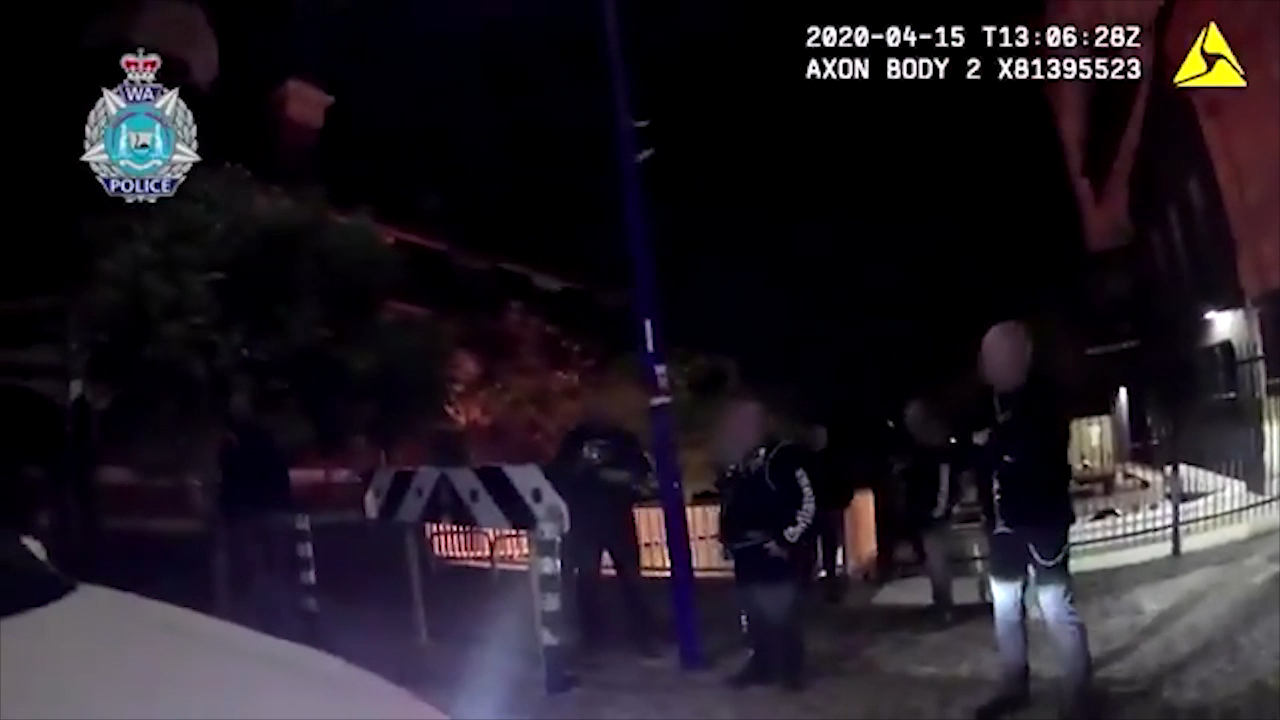 A Perth man who repeatedly broke out of coronavirus quarantine to visit his girlfriend was the first person in Australia to be jailed for the offence. Jonathan David was sentenced to 6.5 months in jail for flouting quarantine and slugged with a $2000 fine.

Bodycam footage shows police busting seven members and associates of the Outlaws motorcycle gang outside a Fremantle pub. "But how can we have to 1.5 (metres) if youse (sic) two are in the car, it's less than 1.5?" one bikie suggests. "We're essential mate, a bikie gang isn't," the officer replied. All seven man got $1000 infringement notices.

A group of South Australians were slapped with $13,000 in fines after a drunken porch party. Police caught 13 partygoers at Whyalla, breaking social distancing guidelines. 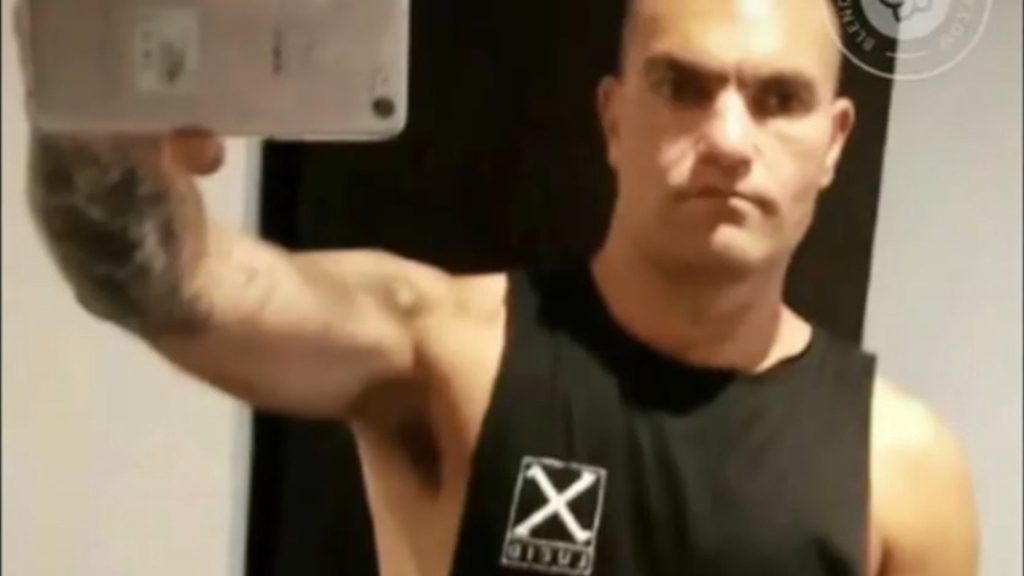 Victorian police said they were appalled after breaking up a large group of adults and children at a kid's eighth birthday party in Beaumaris, in Melbourne's south-east.

Police shut down a wild party of 15 partygoers in Melbourne's south-east, and fined the group almost $25,000. The party was made up of mostly Irish expats, who for some time refused to let authorities inside the East Bentleigh residence.

The owner of a massage business in Frankston was fined after police found two workers inside the venue. The employees were also issued with infringement notices.

Police knocked on door of the Rebels OMCG clubhouse in Sunshine West and found seven men and two women inside. The group was fined $1,652 and ordered to move on.