The First-Ever Camera Collar Footage Shot by a Wild Wolf

You can now see the world from a wolf’s point of view. This 3-minute video is the first-ever camera collar footage shot from the perspective of a wild wolf. The video was released by the Voyageurs Wolf Project, which studies wolves in the Greater Voyageurs Ecosystem of Minnesota. The group trapped a lone wolf, sedated […] 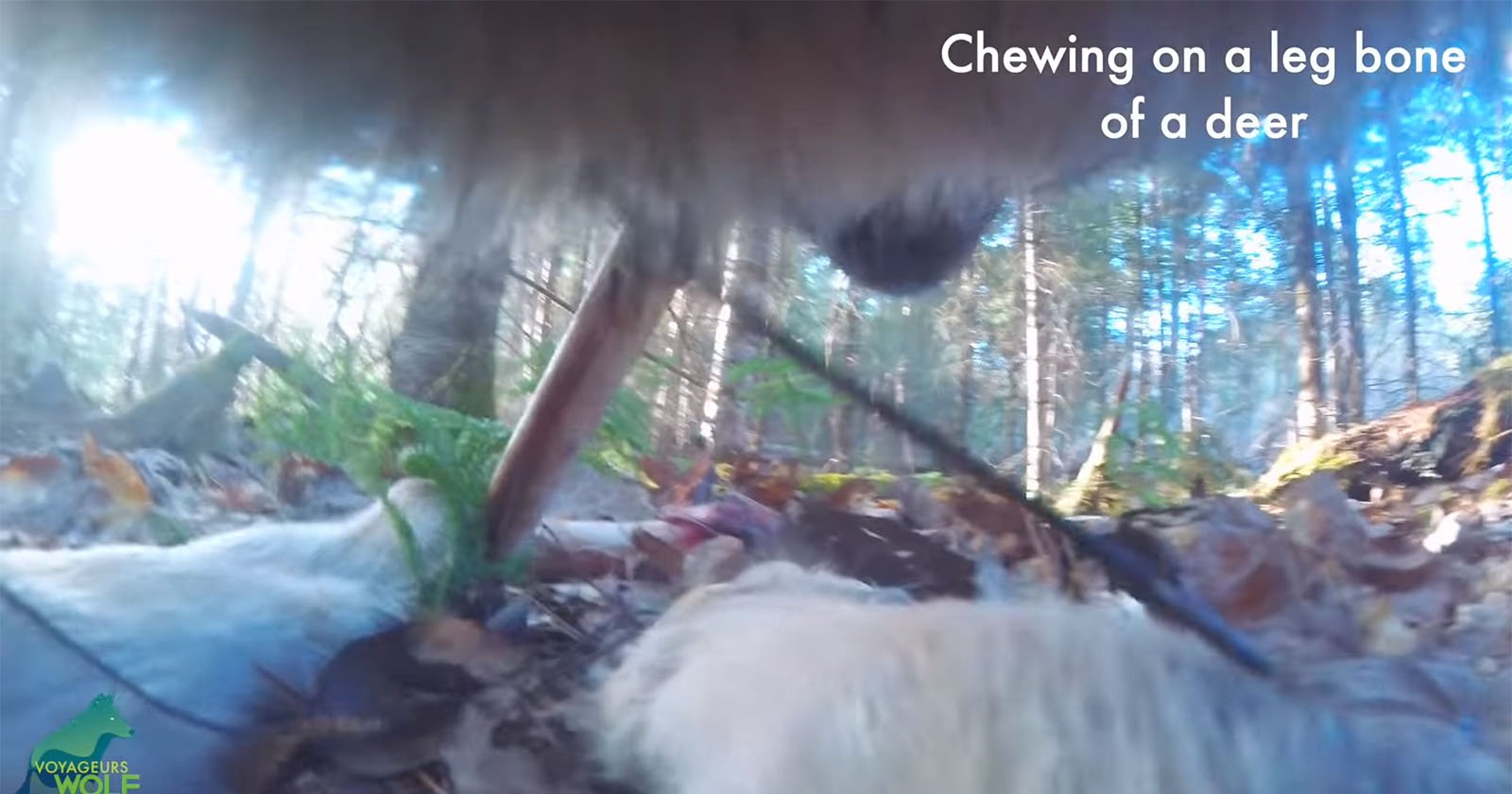 You can now see the world from a wolf’s point of view. This 3-minute video is the first-ever camera collar footage shot from the perspective of a wild wolf.

The video was released by the Voyageurs Wolf Project, which studies wolves in the Greater Voyageurs Ecosystem of Minnesota. The group trapped a lone wolf, sedated it, put a camera collar on it, and released it back into the wild.

The camera captured the wolf running around in the forest, gnawing on a deer bone, stomping through a river, hunting fish trapped near a beaver dam, and more.

“What is particularly fascinating is that this wolf (V089, a lone wolf) knew how to hunt and catch fish,” the project says. “He can be seen eating 3 different fish, which were all killed and consumed at the same spot along the Ash River. Based on the amount of time this wolf spent in this spot, it is clear this wolf killed more than 3 fish.”

The camera collar was programmed to shoot 30 seconds of footage at the beginning of every daylight hour. With 14 hours of daylight, a total of 7 minutes of video was gathered on a daily basis.

“7 minutes of footage a day is not that much,” the project writes. “Luckily, we still captured some really neat stuff!”

The wolf was equipped with a Vectronic-Aerospace camera collar, which scientists use for wildlife studies. Nikon and GoPro have both dipped their toes in the doggy camera market in the past, but neither of those products gained much traction.

In addition to learning a lesson for next time (that the wolf’s scruffy beard can block a good portion of the frame), the footage revealed interesting things about wolf behavior.

“Up to this point, we had only documented wolves from a single pack (the Bowman Bay Pack) hunting and killing fish at the same small creek,” the project writes. “However, this footage clearly demonstrates that other wolves in our area know how to hunt fish and they do so in different areas.

“This revelation—in addition to some other info we learned in 2020 (i.e., we had another wolf from the Paradise Pack that went fishing…more about this soon!)—provides insight into the genesis and persistence of unique predation behaviors in wolf populations!”

(via Voyageurs Wolf Project via The Verge)

Why Are So Many Cameras Limited by Design?

How to Fake Window Light in a Portrait with an Off-Camera...