The folly of China’s claim that Canada violated its sovereignty

Shannon Gormley: When Canada and other Western nations slapped sanctions on a small number of Chinese officials, they weren't violating China's sovereignty—they were asserting their own The post The folly of China’s claim that Canada violated its sovereignty appeared first on Macleans.ca. 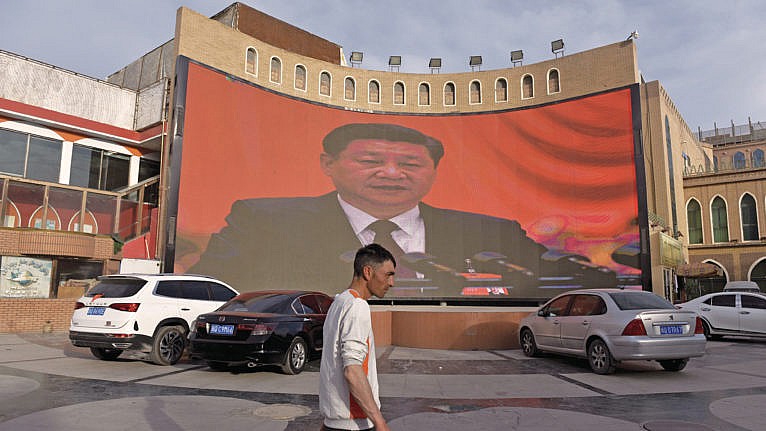 Beijing is cute when it’s mad. It’s difficult to come up with a clever retort on the spot when you’re accused of committing genocide, but last month the People’s Republic gave it its best shot.

“You did a genocide, too!” is basically all it could manage after Canada sanctioned four Beijing officials for their role in breathtaking human rights abuses against the Uighur people, a Turkic minority. “I know you are but what am I” is not generally considered the height of either wit or diplomacy even on those occasions when you are not being criticized for the commission of crimes against humanity, but the line loses what little sting it has when the accusation lobbed back at your accuser a) concerns a half-century-old government policy in your accuser’s case but a massive and ongoing state-led campaign in yours, and b) has been acknowledged by government officials in your accuser’s case but is not acknowledged by anyone in yours.

So show some compassion: Beijing is in a difficult position in regard to genocide, the more so for being entirely of its own making, denying a genocide even as it commits it. Its pouting on that point is adorable enough. But on the subject of sanctions, Beijing is even more endearing: one spokesperson called the sanctions nothing less than a “grave violation of China’s sovereignty.”

READ MORE: What it’s like to be on trial in China

Really? Canada and its allies are not infringing upon China’s ability to govern itself; they have merely suggested they dislike the genocide, and dislike it enough that they will sanction a very small number of people involved in it. To take a position on an international matter, and to act on it within one’s own remit, is not to violate another country’s sovereignty—it is to assert one’s own.

Since the regime seems to be in some confusion on this point, and since it is fond of comparisons, perhaps it would be helpful to provide it with a few hypothetical examples of sovereignty violations as a sort of aide-mémoire. Let’s start small: with the many thousands of student associations in universities and colleges throughout the world. Suppose these student groups were affiliated with a country that used them to report on the ideological purity of their fellow members. Suppose it also encouraged them to disrupt talks by human rights activists, and even offered them money in exchange for stealing research and bringing it back to the motherland. Would that be a violation of national sovereignty? Belgium, Germany, Canada and other Western countries certainly thought so when Beijing used its United Front Work Department to exploit China’s students studying abroad in this way.

If a more traditional example is required, how about a good, old-fashioned territorial incursion? Imagine several countries lay claim to part of a body of water; imagine one country lays claim to basically all of it. Imagine the matter goes to arbitration, the country that wants it all loses most of all, and yet responds by threatening states with military action if they operate within its own waters, upon which it encroaches. We might imagine China to be in violation of Vietnam’s sovereignty in the South China Sea on this basis, as well as the Philippines’.

RELATED: ‘Just like Erdogan’: The mistake Trudeau is making with China

Another example: let’s say a country dispatches its own state security officials to another country. Let’s say it dispatches them all the way to someone’s apartment for the purposes of interrogating him. And let’s say it does this without the other country’s permission and in violation of the officials’ visas. Once more, we would probably say that country had violated another’s sovereignty; in which case, we’d have to say China violated the United States’ sovereignty when it hunted down billionaire Guo Wengui in Manhattan.

Or how’s this: maybe a country runs a school for the specific purposes of training spies. Maybe an instructor at that school moves to a neighbouring country and becomes a legislator where he can encourage policies favourable to the country in which he trained the spies. Maybe we’d call that a violation of sovereignty. That’s what New Zealand’s security services suspected with regard to Jian Yang, a member of the country’s parliament who was discovered to have spent more than 10 years teaching at a school known as a training ground for Chinese military intelligence.

A final example, strictly for Beijing’s benefit. What if a regime was in the process of committing genocide against a minority group? What if it wasn’t content with herding a million of them into internment camps? What if two groups based within the regime’s territory tracked some of them down to, say, a foreign country? What if those groups planted malware on their computers to monitor them? What if this was part of a larger pattern of harassing regime critics in this foreign country? Would that not constitute a violation of sovereignty? When this month Beijing was discovered to have allowed this to happen to Uighurs in Canada, if not to have outright orchestrated the whole affair, is that not what it was engaged in? Is “sovereignty violation” really a matter China, of all states, wants to discuss? Is it trying to be cute?

This column appears in print in the May 2021 issue of Maclean’s magazine with the headline, “A word to the unwise.” Subscribe to the monthly print magazine here.

The post The folly of China’s claim that Canada violated its sovereignty appeared first on Macleans.ca.

At Michael Kovrig’s trial, the world had Canada’s back

The P.1 variant is spreading in Canada. What do we know about it?

Some Social Security Recipients Have Questions About Government...