The Half Of It Ending Ignores The Movie's Huge Cheating Problem

Netflix's The Half Of It explores sexuality and xenophobia, but fails to deal with infidelity and cheating responsibly in its love story. 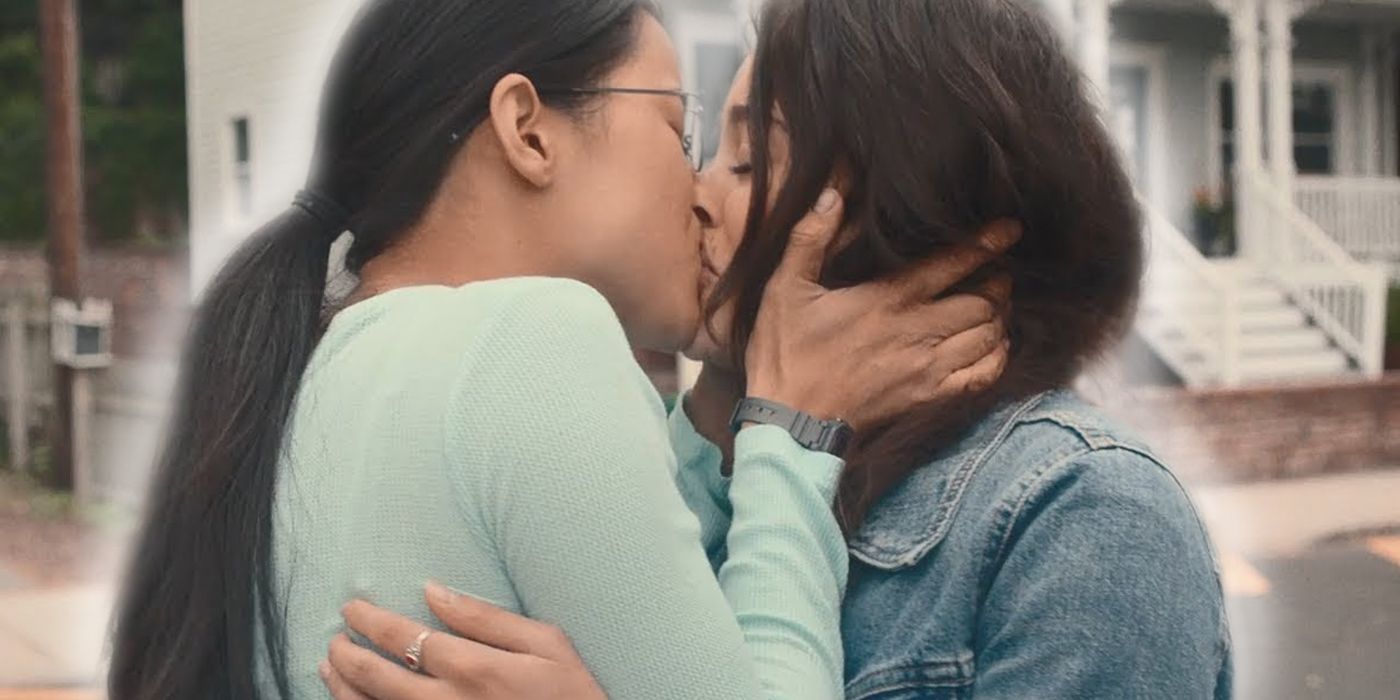 The Netflix movie The Half of It never deals with the cheating behavior of its characters. Although the romance delves deep into concepts like the loss of a parental figure, xenophobia, and even growing up queer in a deeply religious environment, it certainly skims over a serious problem most of its characters have: infidelity.

Leah Lewis stars in The Half of It as Ellie Chu, an intelligent introvert and ghostwriter-for-hire who can’t quite seem to connect with her classmates. Everything changes when she is approached by Paul Munsky (Daniel Diemer) with an odd assignment request: help him write a love letter to the beautiful, popular Aster Flores (Alexxis Lemire). The catch? Ellie also secretly has feelings for Aster.

Related: What To Expect From Netflix's The Half Of It 2

Ellie agrees to Paul's proposition and begins a correspondence with Aster; however, the more they communicate, the greater their bond grows — even though Aster believes Paul is writing the letters. Eventually, Aster discovers the truth and responds positively. While Aster possesses all the required traits of the popular girl — beauty, social currency, a handsome boyfriend, etc. — she feels at odds with the people that surround her. Her interest in introspection, art, and philosophy match Ellie’s in a way that makes their bond special. The end doesn’t see them together, but it does let Ellie finally kiss the girl.

Aster is dating Trig (Wolfgang Novogratz), the most popular boy in school; however, she repeatedly demonstrates her lack of commitment to him. When she receives her first love letter from Paul/Ellie, she keeps it secret from him. The letters and texts with "Paul" quickly become intimate, which is a form of emotional infidelity. Aster's relationship with "Paul" then crosses a line when she sets up their first date. Although she specifies they are only “friends,” it isn’t out of loyalty to Trig — rather, it's because the date turned awkward when the real-life Paul fails to live up to his ghost-written letters. Eventually, the relationship with Paul turns romantic, yet she continues to date Trig. Her relationship with Trig is clearly serious; he even proposes to her. It is unclear why Aster chooses to cheat instead of just breaking up with him.

Even Paul isn’t safe from Aster’s flippancy. Aster engages Ellie in intimacy, even when she is romantically attached to Paul. It’s hard to construe jokingly trying to remove someone’s top as anything but flirting. When Ellie finally kisses Aster, it is treated as a happy ending; however, the last the audience saw of Aster and Trig’s relationship, she had publicly accepted his proposal.

In its treatment of the  points out a double standard many queer teens face. Paul, who is on the football team with Trig, has no qualms about romantically pursuing his teammate's girlfriend behind his back; however, when he discovers that she is in love with Aster, his initial reaction is to shame her by calling it a sin. Cheating is treated as perfectly acceptable; queerness is not. It is through this that Netflix’s The Half of It gets at a truth queer teens growing up in religious environments regularly have to face. Yet, it does so by ignoring the unfaithful acts of its core cast — implicitly condoning this behavior.

Next: How Netflix's The Half of It Compares To Sierra Burgess is a Loser