The life of a litigation bag

Michael Spratt: I found the soon-to-be-retired tool of my trade in a dumpster nearly 15 years ago. Rescuing broken things is what good defence lawyers do. The post The life of a litigation bag appeared first on Macleans.ca. 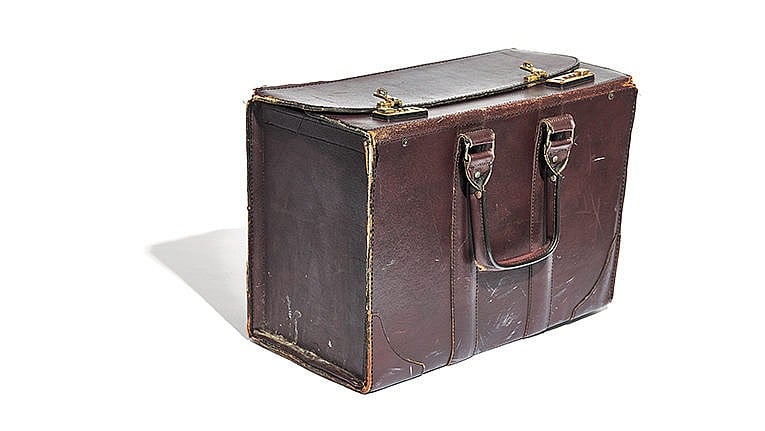 As a young criminal lawyer in 2006, I found my future litigation bag in a dumpster. It was mostly fine. Sure, it was missing a button and the sides were split. And it looked a bit dated, in a mid-1990s burgundy kind of way—long before the 1990s were retro cool.

One lawyer’s trash is often a junior defence lawyer’s treasure. And it turned out, unbeknownst to me, that my trash-to-treasure bag actually belonged to my boss.

Matt Webber hired me when I moved to Ottawa in 2006. A decade later, when Webber was appointed a judge of the Ontario Court of Justice, the Ottawa Citizen described him as “equal parts biker and lawyer with shoulder-length hair and a full beard,” who had achieved “star status among the city’s defence bar” and had “acted for a parade of high-profile clients.”

Webber struck an impressive and imposing figure as a boss, and the day after I found his bag, I was scheduled to be in court with him for a murder trial.

Small details don’t escape good defence lawyers. Webber noticed that my new bag was his old bag. With a smile, he told me that it suited me.

It was a compliment. Rescuing broken things is what good defence lawyers do.

You see, after years of tough-on-crime Conservative justice legislation, the Criminal Code has become the go-to method to deal with complex societal problems like poverty, mental health and addiction.

Justin Trudeau’s Liberal government promised to do better. They said they would modernize the justice system and move toward restorative justice processes that better address the needs of marginalized and disadvantaged people.

That promised transformation never took place and, to this day, the criminal justice system leans on criminal defence counsel to act as both social worker and lawyer. Many of my clients are broken and need rescuing from a system that should be, but often is not, interested in their rehabilitation.

And here is the rub: defence lawyers do all this extra social work for free. We spend hundreds of pro-bono hours arranging treatment, counselling and housing for our clients. We make sure they have a hot meal and warm clothes. 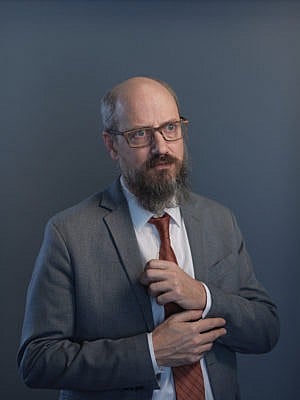 This is not lucrative work, so sometimes young lawyers need to depend on the generosity of strangers to get by. Litigation bags, the big, boxy, rolling briefcases designed to hold huge folders and thick Cerlox-bound case books, are often passed down from lawyer to lawyer.

Every day since I rescued my bag from the trash, I have tried to live up to its history.

My bag has been to court in Toronto with legal legends like Phil Campbell, Jack Pinkofsky, Brian Greenspan and Marlys Edwardh. It has been strapped to the back of a motorcycle and driven tens of thousands of kilometres to dozens of courthouses across Canada. It has seen cases in the Court of Appeal and the Supreme Court, like Webber’s fearless defence of Mohamed Harkat, who spent years detained in prison, without ever being charged with a crime, under Canada’s oppressive post-9/11 security certificate law, or Webber’s historic exoneration of Richard Trudel, who spent 15 years in jail for a crime he did not commit.

Webber was a serious lawyer and my bag had seen it all.

Of course, when I first found the bag I had done nothing approaching that level of litigation. So, despite all its imperfections, it seemed like a pretty impressive bag to me.

It is often the job of a criminal defence lawyer to look for beauty in imperfection. We have a tender spot in our hearts for broken things. Many of our clients are imperfect and ignored. It is our job to look past all that to ensure fairness and equality before the law.

Criminal defence lawyers hold a special place in Canadian law: we are, after all, the only lawyers mentioned in the Canadian Charter of Rights and Freedoms. We take unpopular cases. We fight the status quo. We defend everyone’s fundamental civil rights while answering questions about how we could ever defend bad guys. We wear rumpled suits. We eat in our cars between court cases. We take modest legal aid retainers. We are often the only person who gives a damn about our client.

And we don’t care if our litigation bags are perfect.

After almost 15 years by my side and decades of litigation before that, my next trial will be the last for my bag. She is falling apart in a bad way, but I think there is one more murder trial left in her.

I might never buy another boxy litigation bag. Let’s be honest, they are awkward and heavy. But that’s not why. I just don’t think I will need one. COVID-19 has done what countless committees, subcommittees, working groups and test projects have failed to do: drag a reluctant justice system into the modern age.

Now, almost everything can be done electronically. A good laptop can replace hundreds of pounds of litigation material, no giant boxy litigation bag required.

But there is so much more work to do to reform the justice system. We need to decouple addiction and mental health from criminal justice punishment. And we need to be honest about the systemic racism that infects the Criminal Code.

This is the lesson in the story of my soon-to-be-retired bag.

We must insist that the government live up to its promises to reform the Criminal Code to truly reflect the principle that there is value in everything and everyone—even if they are a bit broken.

The post The life of a litigation bag appeared first on Macleans.ca.