The loneliest goodbye: The big Irish ‘sendoff’ bows to coronavirus

The epidemic is changing the way people mourn and celebrate the dead. 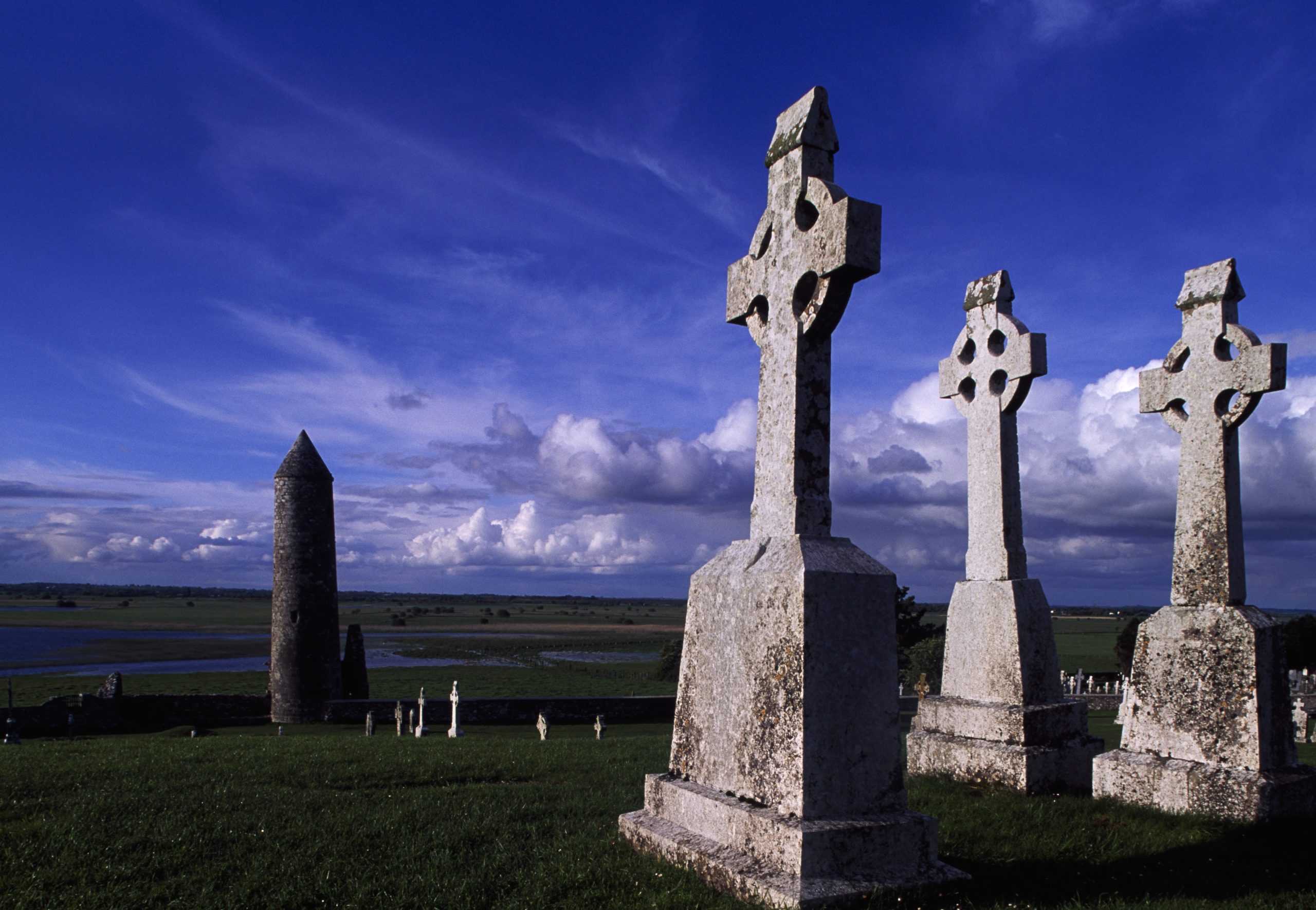 Karen McHugh is an Irish journalist who writes on public transport, cities and culture.

DUBLIN — They say the Irish “do death well.” But for people mourning the dead now, in the middle of the coronavirus pandemic, there will be no traditional Irish funeral.

These funerals are a deeply ingrained part of Ireland’s culture. Hundreds typically attend funeral masses, and it’s not unimaginable for 1,000 people to file in to churches and funeral homes over the course of the two-day ritual to shake hands — “sympathize” — with bereaved family members. At the wake, people eat, drink and tell stories; there is often an open casket, and friends and neighbors will line up to say a last prayer or goodbye.

These are rituals that go back centuries and they are firmly established in the national psyche. People talk of “getting a great sendoff.”

Ireland may have a relatively low death count from COVID-19 in comparison with other countries, but the epidemic is nonetheless changing how the country mourns.

Death notices in the local paper or online no longer include funeral details. With attendees limited to 10 people, no one outside the immediate family can go to them anyway. Condolence books and mass cards are no longer allowed, pens and paper being just another source of potential transmission for the virus.

“It’s very important for people to have their friends around, and families, people coming to visit the house. It’s all about the volume of people at Irish funerals. And that’s gone now” — Phil O’Reilly, an undertaker from Tullamore

The changes may be temporary, but for those mourning a death now, that’s little consolation.

“I’m a bit angry about it,” said Apryl Smith, whose father, Tommy, died in March, a week after Ireland went into lockdown. “And I don’t know if that’s going to make it harder to actually grieve, because it’s like you haven’t given him that sendoff. He definitely didn’t get the sendoff he deserved.”

People are feeling the sudden change especially keenly because funerals in Ireland are “always big affairs,” said Phil O’Reilly, an undertaker from Tullamore in the midlands of Ireland.

“If it’s a popular person, you could have the church full and people standing outside,” he said. “It’s very important for people to have their friends around, and families, people coming to visit the house. It’s all about the volume of people at Irish funerals. And that’s gone now.”

Services now take place according to strict new rules to avoid mourners contaminating one another, and distance is enforced, according to O’Reilly. Grieving families have to decide which 10 people can attend the funeral. Some are opting to draw lots, rather than having to choose between relatives.

“There’s actually seat numbers in the church where each of the 10 people have to sit, and they all have to social distance, whether they’re from the same family — whether it’s husband and wife, or mother and son.” 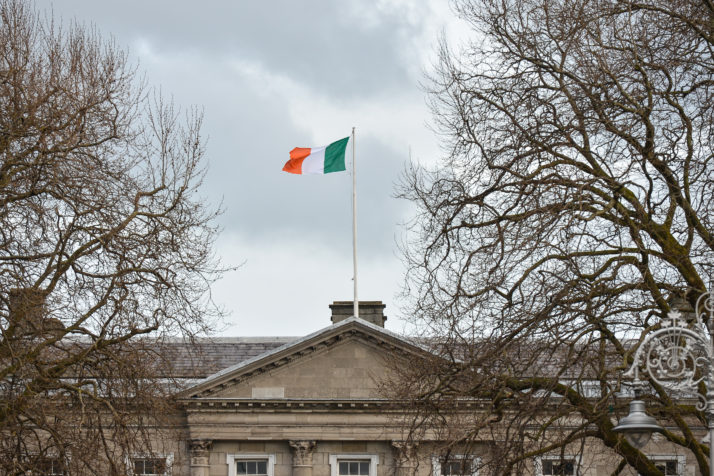 The “sympathizing,” a big part of the ritual, has also had to go, O’Reilly added. “There was to be no handshaking and no hugs.”

“It’s a different sendoff,” he said.

For O’Reilly, too, things have changed dramatically since the crisis began. To avoid infecting his family, or having to self-isolate for two weeks, the undertaker moved into an apartment above the funeral home, alone.

“I’m dealing with it every day, I’m wearing my gloves and mask, I’m sanitizing, I’m spraying after everybody leaves, but I have taken that next step. What happens if I come down with it? I have to go to work,” he said.

Father Shane Crombie of Navan Parish in County Meath, west of Dublin, remembers the first funeral mass he said under the new rules.

“It was incredibly sad, but it was also incredibly spiritual. Everything superfluous has been stripped away. It was very poignant, but it’s hard,” he said.

“I mean, it’s the most natural thing in the world that you’d want to do — shake someone’s hand or put your hand on their shoulder. You just can’t do that now.”

The situation is unprecedented, he added. “No priest has seen anything like this, this is unique. This is absolutely unique. It’s not a case of being able to say, ‘Well, what did we do the last time?’ Because there was no last time. The last time probably would have been the time of tuberculosis in the 1940s.”

The absence of the usual rites has only reminded people of their value.

People are finding other ways to show their respect, he said. Communities line the streets in some towns, forming guards of honor while adhering to the required 2 meters of social distancing between them. Many share their condolences online.

“I think there is a great sense of empathy in Irish people. We genuinely feel other people’s emotions, we live it out with them. I think this is a time for us to appreciate the great comfort that our funerals bring to people,” said Father Shane.

The absence of the usual rites has only reminded people of their value, he added.

“This is something that over the generations we’ve discovered works well for us. And when things get back to normal, to make sure that we pass it on and foster the traditions that we have. Because when they’re gone, we realize how important they actually are.”

The ban on big funerals has left many feeling more alone.

“My father was so well known, he was such a character,” said Smith, who buried her father according to the strict rules last month. “He knew everybody, and everybody could tell a hundred stories about him. His funeral would have been huge.”

She also feels that she missed out on the support and comfort that comes from being surrounded by a community of people who are all grieving your same loss.

“At an Irish funeral, everyone rallies around each other, and everyone supports each other and holds each other up,” she said. “We do need that, we’re so used to that. There’d be people in the kitchen making tea and bringing sandwiches, and I suppose it makes the days a bit easier.”

Social distancing seems especially cruel at a time when you need the company, and sympathy, of other people the most, she said.

“A couple of people that came, they stood 2 meters away from me and they couldn’t even give you a hug or anything. It was horrible after the funeral, having to go home. That was it. We just buried him, and then it was all over.”

Father Shane said he is aware people are worried they are somehow giving family members a lesser goodbye. “Myself and my colleagues make a concerted effort to give the person who has died the best sendoff that we possibly can. It’s not a case of getting an express funeral, people get the absolute dignity and respect that they deserve,” he said.

“Everyone is going through it, this is a universal experience. And people are very resilient” — Father Shane Crombie of Navan Parish, County Meath

“The one thing that makes it tolerable is that everyone is in the same boat,” he added. “Everyone is going through it, this is a universal experience. And people are very resilient.”

O’Reilly, the undertaker, said he is confident that the temporary restrictions won’t do lasting damage to Ireland’s funeral rituals — but he admits some things may change.

“I think it’ll be a long time before people will be sympathizing again and shaking hands,” he said. “That could be the one thing in an Irish funeral that will go.”

It’s a disruptive, highly unusual time for anyone mourning or taking care of the dead, he said — one that people will look back on for years to come.

“We’re all making history now … because it’s what we do that’s going to determine how this turns out.”

A Polish recipe for cooking an election

Body of crew member found after NATO helicopter crash in...