The Mandalorian: Will Din Djarin Ever Start Taking Off His Helmet More?

Throughout most of The Mandalorian season 1, Din Djarin diligently kept his helmet on his head. Could Pedro Pascal show his face more in season 2? 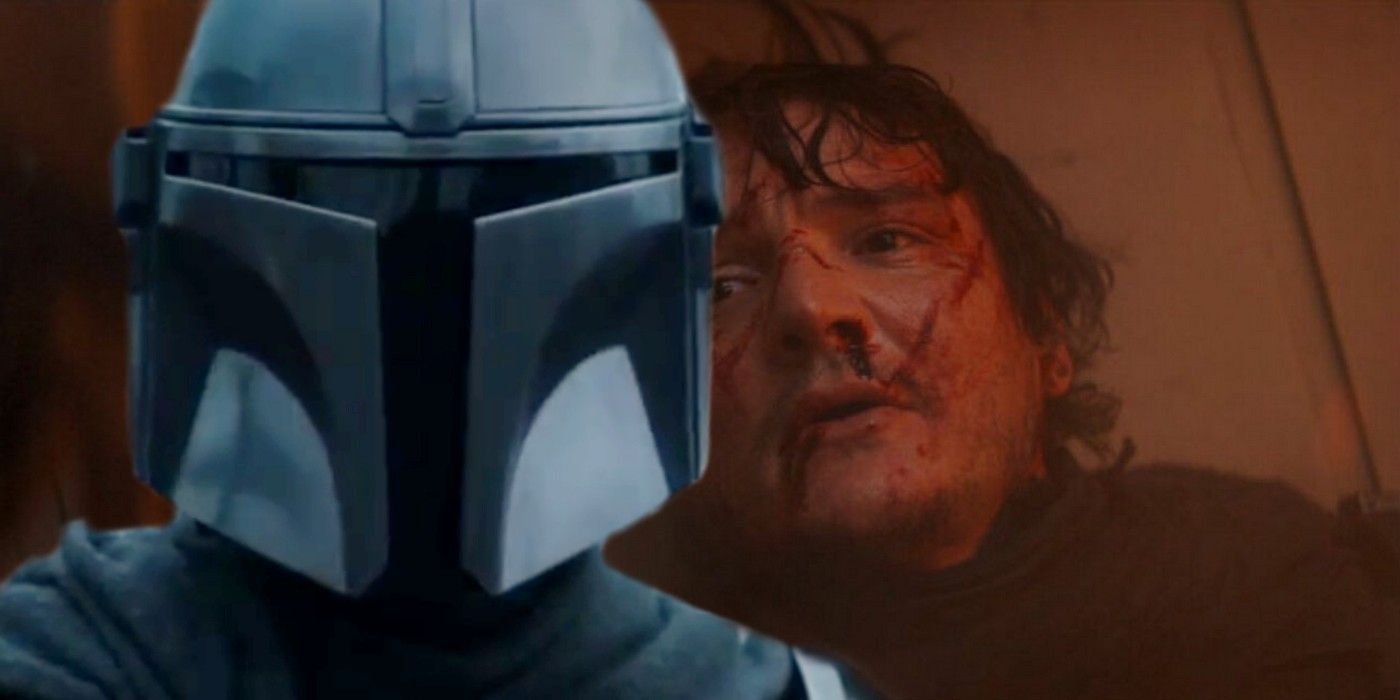 Will Star Wars fans see more of Din Djarin's face in  season 2? Baby Yoda might've stolen most of the attention when The Mandalorian premiered in late 2019, but it was the enigmatic armored protagonist driving the plot forward. Residing on Aq Vetina as a child, Djarin was orphaned during the Clone Wars, but after being rescued by their Death Watch, the people of Mandalore took Din as one of their own. In adulthood, the bounty hunter feels deeply indebted to the Mandalorians, honoring their code with diligence and following The Way. As part of Djarin's assimilation of Mandalorian culture, he staunchly refuses to let others see his face, not even to save his life, or kiss a female admirer on Sorgan. Only when Djarin was on death's door in The Mandalorian's season 1 finale, with no one else around but a droid, did the audience finally see Pedro Pascal's face.

In The Mandalorian season 1, Din Djarin's shroud of mystery was a strength. Where Star Wars protagonists usually reveal their moral alignment in their very first scene, Djarin was a rare exception. Unable to show his face, Mando's character was conveyed entirely through body language and dialogue, while the cool anonymity played into The Mandalorian's heavy influence from the western genre. Without the usual facial clues, viewers were left hanging on Din Djarin's every word and action. Shielding his face from the outside world also made Mando's emotional connection with Baby Yoda all the more special, since few would expect this embodiment of stoic ambiguity to be swayed by a cute green bundle of joy.

The Mandalorian season 1 did eventually reveal the man behind the mask, so it's natural to question whether the helmet will be coming off more frequently in season 2. On one hand, Jon Favreau and co. have plenty of reasons, both production and in-universe, to maintain the status quo. In addition to Pedro Pascal, a host of different actors and stunt performers played season 1, and the ever-present helmet ensured this revolving door was seamless on-screen. In such a kinetic show, a masked hero is incredibly useful because there's no need to avoid showing a stuntman's face, meaning the camera can draw tighter to the action. Keeping Djarin's helmet firmly on his head could also prove vital for the character's future arc. Having passionately refused to remove his headgear throughout season 1, it would make little sense if Mando suddenly started not giving a bantha dropping. Djarin is still very much a follower of the Mandalorian Way, and should still recoil at the idea of letting other characters see his face.

With that said, it's more likely that Din Djarin will begin taking off his helmet more in The Mandalorian season 2. The decision to permanently obscure the lead character's face was a risky one for The Mandalorian, and while the gamble paid off in season 1, the finale's long-awaited reveal burst the bubble. Now viewers have glimpsed Pedro Pascal's visage for the first time, the veil has been lifted, so to speak, and Mando's ambiguity isn't as intense. Despite proving effective so far, a protagonist devoid of facial expressions can't work indefinitely, and to develop Din Djarin in  season 2 and beyond, the audience need to see him become more vulnerable and emotive than before.

More: The Mandalorian: Why No One In The Galaxy Knows About The Jedi

No, Mera Star Amber Heard Hasn’t Been Fired From ‘Aquaman...