The Not So Notorious Home Where Ruth Bader Ginsburg Grew Up 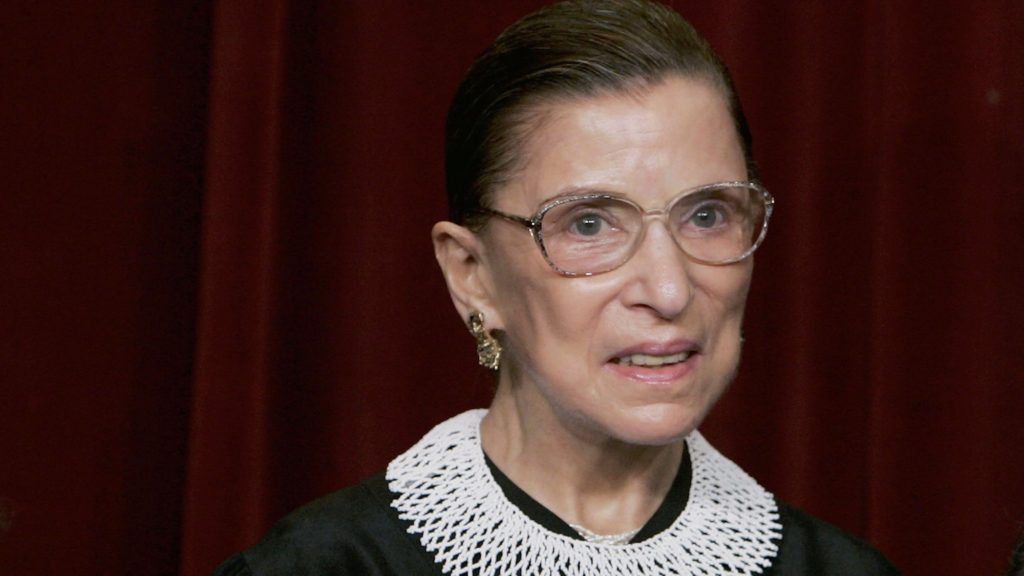 The modest Brooklyn home where Ruth Bader Ginsburg grew up has nothing like the stature of the pioneering U.S. Supreme Court justice who became popularly known as Notorious RBG.

The unassuming two-story, attached home, covered in beige siding, would be easy to miss if not for the small, makeshift memorial under a tree out front. Fans of Ginsburg have left bouquets of flowers wrapped in plastic, candles, and other items to commemorate the feminist icon.

Ginsburg died on Friday at the age of 87 due to complications from pancreatic cancer. She died in her Washington, DC, home surrounded by her family.

The girl who would grow up to be the nation’s second female Supreme Court justice lived on the first floor of this home in the predominantly Jewish neighborhood of Midwood in the 1930s and ’40s. The home was built in 1920 on a nearly 2,800-square-foot lot, according to realtor.com data. The median home list price in the neighborhood is $600,000—a drop in the bucket for New York City real estate.

Although Brooklyn has become a hipster hotbed, even today Midwood is far from any trendy bars and designer boutiques. Instead, it’s made up of middle-class, single-family homes punctuated by newer McMansions gobbling up almost every inch of their corner lots. The neighborhood is quiet but for the chatter of children, revving of electric saws, and cars driving by.

Homeowners Diana and William Brenneisen have lived in Ginsburg’s childhood home on East Ninth Street for nearly half a century. Today, a faded miniature U.S. flag is planted in a white cement flower box on the stoop. Roses, droopy hydrangeas, and some bushes are also planted out front.

The couple, like many in the community, are proud of the home’s history.

“I found out through people that were here prior to us. ‘You know, that’s Ruth Ginsburg’s house,'” Diana told Gothamist. “Finding out that she formerly lived here, it was a beautiful experience, knowing that we were raising our family here, and that she came from here.”

When she lived in the neighborhood, Ginsburg attended the East Midwood Jewish Center. She graduated from local James Madison High School in 1950, where she was a cheerleader.

“It’s a point of great pride for everyone in the neighborhood,” says the center’s Rabbi Sam Levine of one of Midwood’s most famous residents. (Director Woody Allen and actress Marisa Tomei are also neighborhood alums.)

“She came from a modest background, [and] she wanted the same opportunities that men had,” he says. “She went and spent her life fighting for equality for all people, women especially.”

The Brenneisens told TV news station NY1 that Ginsburg never returned to the home where she was raised, but that fans of hers have come by over the years.

“She’s a wonderful woman, she’ll be truly missed by everyone, the community, even the country itself, because she was a strong powerful woman in her judgment on various matters,” Diana said to Gothamist.

“I’m crushed that we lost an incomparable icon. A daughter of Brooklyn. A tenacious spirit who moved this country forward in fairness, equality and morality. She was Ruth Bader Ginsburg. She never backed down from a fight,” New York City Mayor Bill de Blasio tweeted on Friday.

New York Gov. Andrew Cuomo announced that a statue will go up in her honor in Brooklyn.

“This statue will serve as a physical reminder of Justice Ginsburg’s monumental contributions to the America we know today and as an inspiration for all,” Cuomo tweeted on Saturday.

The post The Not So Notorious Home Where Ruth Bader Ginsburg Grew Up appeared first on Real Estate News & Insights | realtor.com®.

Investors in Commercial Property funds may have to wait...

“This is a time to be kind and help people – landlords...