The Office: 10 Major Flaws Of The Show That Fans Chose To Ignore

As fans rewatch The Office, they may notice many continuity errors and plotholes about Dunder Mifflin's workers. But the show still brings the laughs. 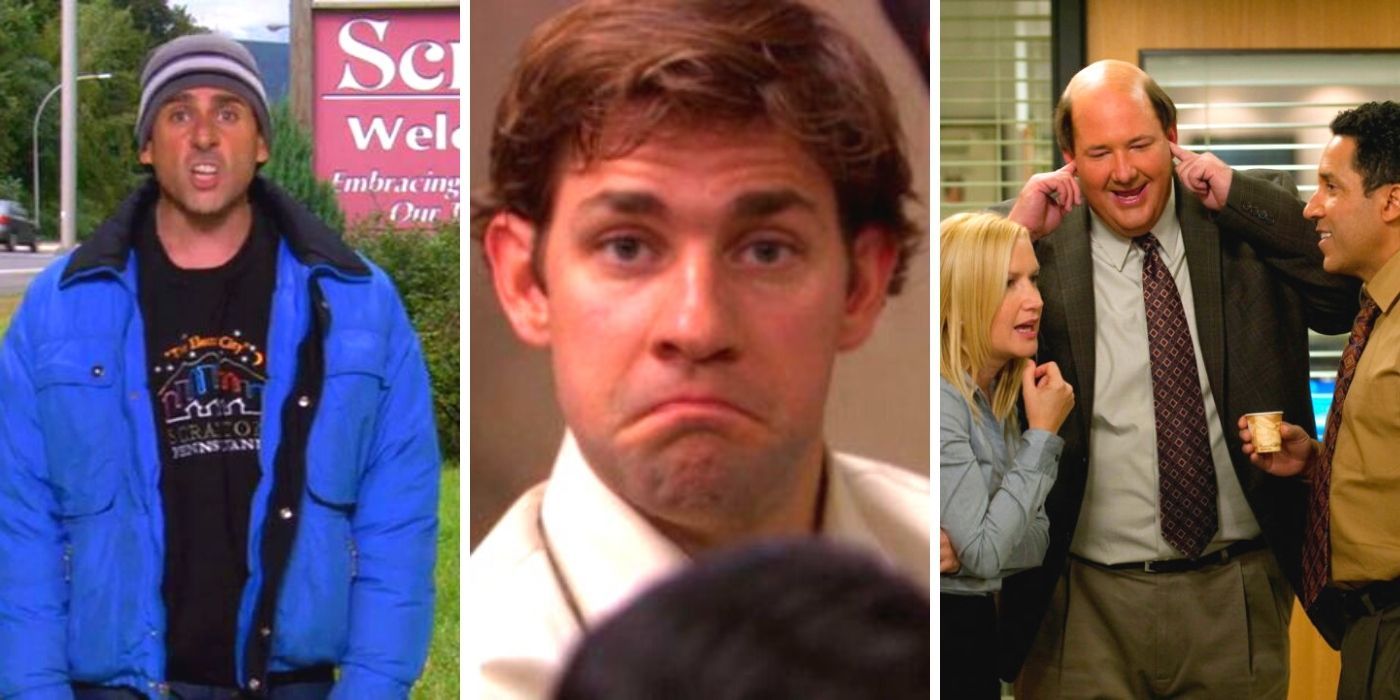 Nostalgic fans have made The Office a streaming juggernaut as they've been having so much fun rewatching their favorite workers fooling around at Dunder Mifflin. Michael Scott's childish behavior, Jim pranking Dwight, and Angela's sass never gets old. But every rewatch comes with new revelations, catches, and questions made by eagle-eyed fans.

Things like Erin's real name being Kelly, or Pam being a volleyball star (even though she told cameras she skipped volleyball in high school) are often ignored but there's more. There are plenty of plotholes, continuity errors, and straight-up flaws throughout The Office's nine seasons but the show is so iconic, fans choose to ignore them for the sake of comedy.

10 Who Started At Dunder Mifflin First, Jim Or Pam?

Jim and Pam were meant to be together. They're one of the most beloved couples on the show and part of what made The Office so amazing to watch. However, there's a major flaw that bothers Jim and Pam fans.

In "The Secret," Jim tells Pam that he had a bit of a thing for her when she started working at the company. But two seasons later in "Launch Party," Pam recalls the moment she showed Jim to his desk on his first day and warned him about Dwight. Shockingly, this error was never mentioned or fixed.

9 The CGI Is *Almost* Unforgivable

Considering The Office took off in 2005 and didn't always have a strong budget, there are a few cringeworthy moments where bad CGI was used. The worst CGI moment that is almost unforgivable was when Erin was at the "old lady's" house in Florida.

RELATED: The Office: The 10 Saddest Things About Erin

She was standing in front of a home, bragging about her new living situation in Florida. However, the background was so clearly fake that it was hard to watch the scene.

8 The Office Knew About Those Hardwood Floors

In "Suit Warehouse," the office is gifted a new Nespresso machine and everyone gets the jitters from drinking so much. They're too hopped up on caffeine to do any real work, so they focus on the actual office.

When Oscar and Nellie move the copier, the carpet rips, and Oscar is stunned by the beautiful hardwood floors hiding under the carpet. They attempted to rip up the carpet before their caffeine high crashed. However, this wasn't the first time they saw the office's floor... Remember when Michael found "the thing" in his office and the warehouse had to dig up the carpet? Or how about when Dwight shot his gun in the office? Oscar examined the hole and even admired the flooring! Did he forget?

7 Why Didn't They Explain Philip's Paternity?

In the ninth season, Dwight believes he's the father of Angela's child but is refused a paternity test. He takes matters into his own hands and steals Philip's diaper from the trash can and takes it to the lab himself. The test eventually came back negative — Dwight was not the father.

RELATED: The Office: 5 Ways Dwight and Angela Have a Good Relationship (& 5 Why It’s Toxic)

However, at the end of the season, Angela admitted that Dwight really was the father. Dwight was moved to tears as he hugged her. Shockingly, the writers never added how it was possible that Dwight was the father if his paternity test came back negative. It's assumed that Dwight actually took the wrong diaper from the trash, which is why he wasn't the baby's father but it would have been nice to get confirmation.

6 Where Does The Conference Room Table Go During Meetings?

The Scranton branch has a smaller office that's suitable for the number of employees working there. Whenever there's a meeting, it's usually held in the conference room where everyone can sit together. Some days there's a table for everyone to work around while other days there are rows of seats. Due to the lack of space, the question remains: where does the table go when it's not in the conference room? Viewers have never seen the employees moving the table or storing it somewhere, so where does it go?!

In the fifth season of The Office, Meredith lets a big secret off her chest: she was sleeping with Bruce from Hammermill for a discount on office supplies. Meredith's secret was completely inappropriate for the office and Holly found flaws in Meredith's ethics. Oddly enough, back in season 3, Josh noted that Hammermill was exclusive with Staples... If that's the case, then what kind of office supplies was Meredith getting?

If much, why didn't he ever fire him? Or in retrospect, why didn't Toby report Michael enough to get him fired? Both men could have called each other out enough to get someone let go from their position. Could it be that they had a secret respect for each other? Or perhaps both of them were too lazy to go through the work, so they endured the annoying jabs for all these years?

When Jim was at the Stamford branch, Andy was the Regional Director of Sales. But when Stamford closed, forcing its workers to take severance or transfer to Scranton, Andy made it known to everyone there that he had a higher title than Dwight. As time went on, it became apparent that Andy shouldn't have had that title because he was awful at sales. In fact, even though he was a salesman longer than Pam, they were two of the worst salespeople at Scranton. How on Earth did Andy become the director of sales if he had a hard time... selling?

2 How Was Angela Broke?

When Angela broke up with the Senator, she had nowhere to go and was now a single mother with a bunch of cats. The only thing she could afford was a studio apartment but thanks to a few hectic phone calls, it became clear that Angela was struggling for money and couldn't make rent. Even a few of her cats were taken away!

However, fans find it hard to believe that the head of accounting (who has been with the company for years and years) was broke. She had to move in with Oscar to save money. Did this mean the Senator wasn't paying alimony or child support? Where did Angela's paychecks go?

1 How Did A Failing Paper Supply Company Afford Manhattan's Rent?

Manhattan is where dreams come alive. It's one of the busiest and most expensive cities in the world. In order for a business to shell out rent in Manhattan, they have to be bringing in the big bucks. But Dunder Mifflin had been struggling financially for years. How was a failing paper supply company able to afford that massive building and all of its employees if they were constantly closing branches?

NEXT: The Office: Why Deangelo Vickers Was A Great Boss (& Why He Deserved To Be Fired)