Here we look at a handful of PSL records that Sundowns could break this term. 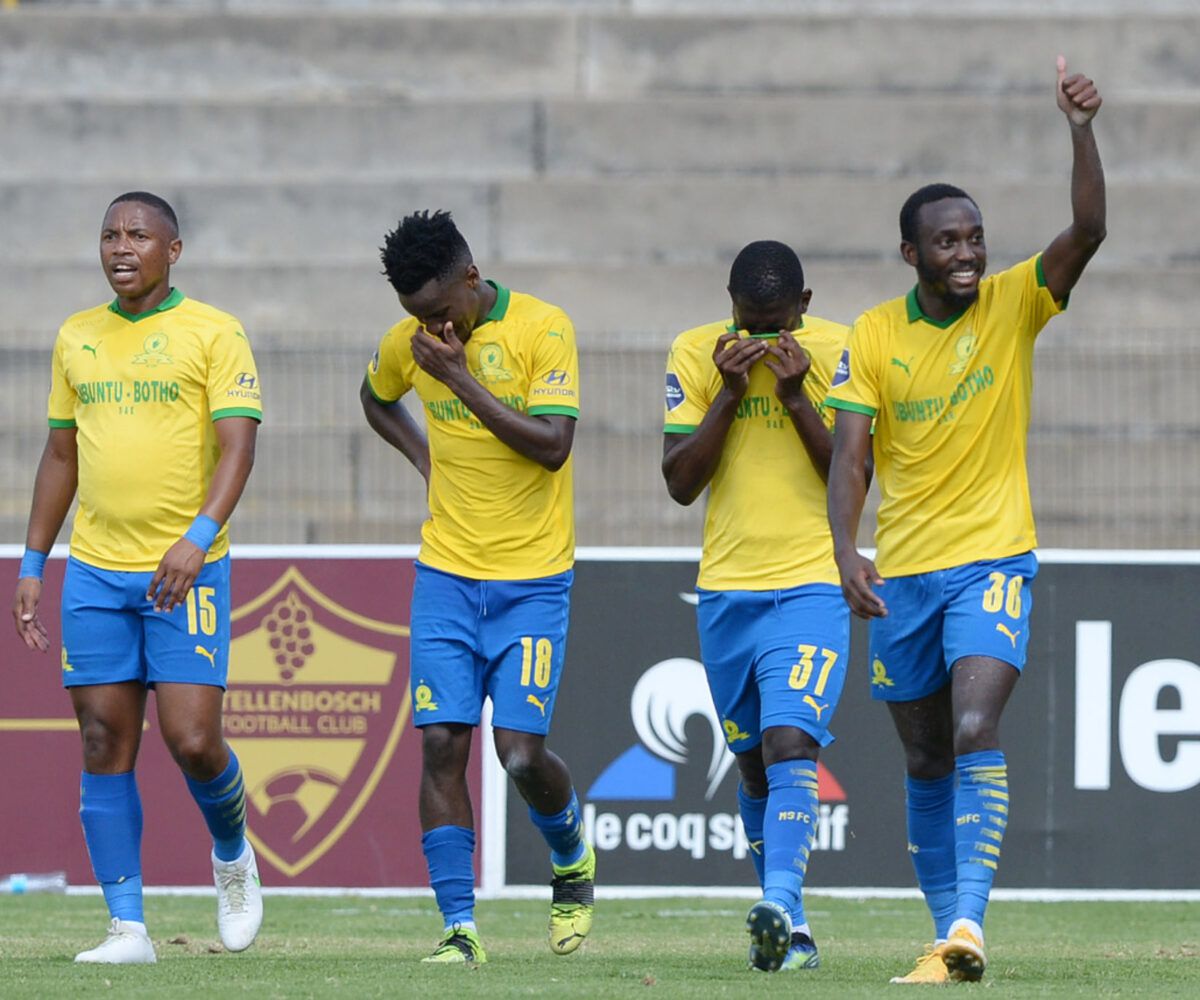 Mamelodi Sundowns have come to be known as record-breakers in the PSL era of late and remain on course to shatter a few more this season.

Here we look at a handful of PSL records that Sundowns could break this term.

Biggest margin of victory in the PSL by points

Kaizer Chiefs still hold the record for the biggest margin of victory on the PSL table.

Amakhosi pipped Sundowns themselves by 12 points when they were last crowned PSL Champions.

Sundowns are currently just three points ahead of second-placed Amazulu but sport three games in hand on Usuthu, meaning that gap could easily stretch to 12 or more points.

The Brazilians have won their recent titles by slender margins, claiming their last two PSL titles on the final day of the season.

If Sundowns claim the PSL title this season they will be the first team in history to win the Premiership in four successive seasons.

As things stand Sundowns have won two PSL title hat-tricks and share the record with the SuperSport United side that won three between 2008 and 2010.

Already the most successful side in the PSL era, breaking this record will give them bragging rights over every other team in the league.

Sundowns will also extend their record number of PSL titles to 11 if they can hold onto their lead.

Fewest losses in a PSL season

Sundowns are yet to lose in the 2020/21 PSL season, and will hope to become the first team to go a full term unbeaten.

Kaizer Chiefs also hold this record having lost just twice on their way to winning the 2004/5 season.

There are a few records that are still within Sundowns reach but might require a monumental effort to achieve.

Most points in a league season (30 matches)

Sundowns already own this record, but with 43 points on the board and 11 games remaining in their campaign, they could reach a maximum of 76 points.

With a perfect run to the finish they could also eclipse the 75 points they achieved in the 1998/99 season which saw teams play 34 matches in the then 18-team league.

Most goals in a season (30 Matches)

Sundowns currently share the record number of goals in a 30 match PSL season with Kaizer Chiefs.

Chiefs scored 55 times on their way to winning the 2004/5 season while Sundowns emulated the feat in the 2015/16 campaign.

Kaizer Chiefs hold the all-time PSL record thanks to their 73 goals achieved when they finished as runners-up to Sundowns in the 1998/99 season.

Sundowns have netted 32 times this season so far, meaning they will need to score 24 goals in 11 matches to set a new standard. They have scored less than two goals per game on average so far and this one may just be out of their reach.

On This Day: What happened on 10 April?

Rugby could return before the end of the year

COVID-19 Financial Stimulus Package: Where the money is...

‘When People Zol’ – NDZ calls out music producer after...

The SARB should be warned: There is no easy way out

Unions express concern about reopening of schools ahead...