Richie Aprile only appeared in two seasons of The Sopranos but left a lasting mark, largely thanks to his horrible deeds and actions. 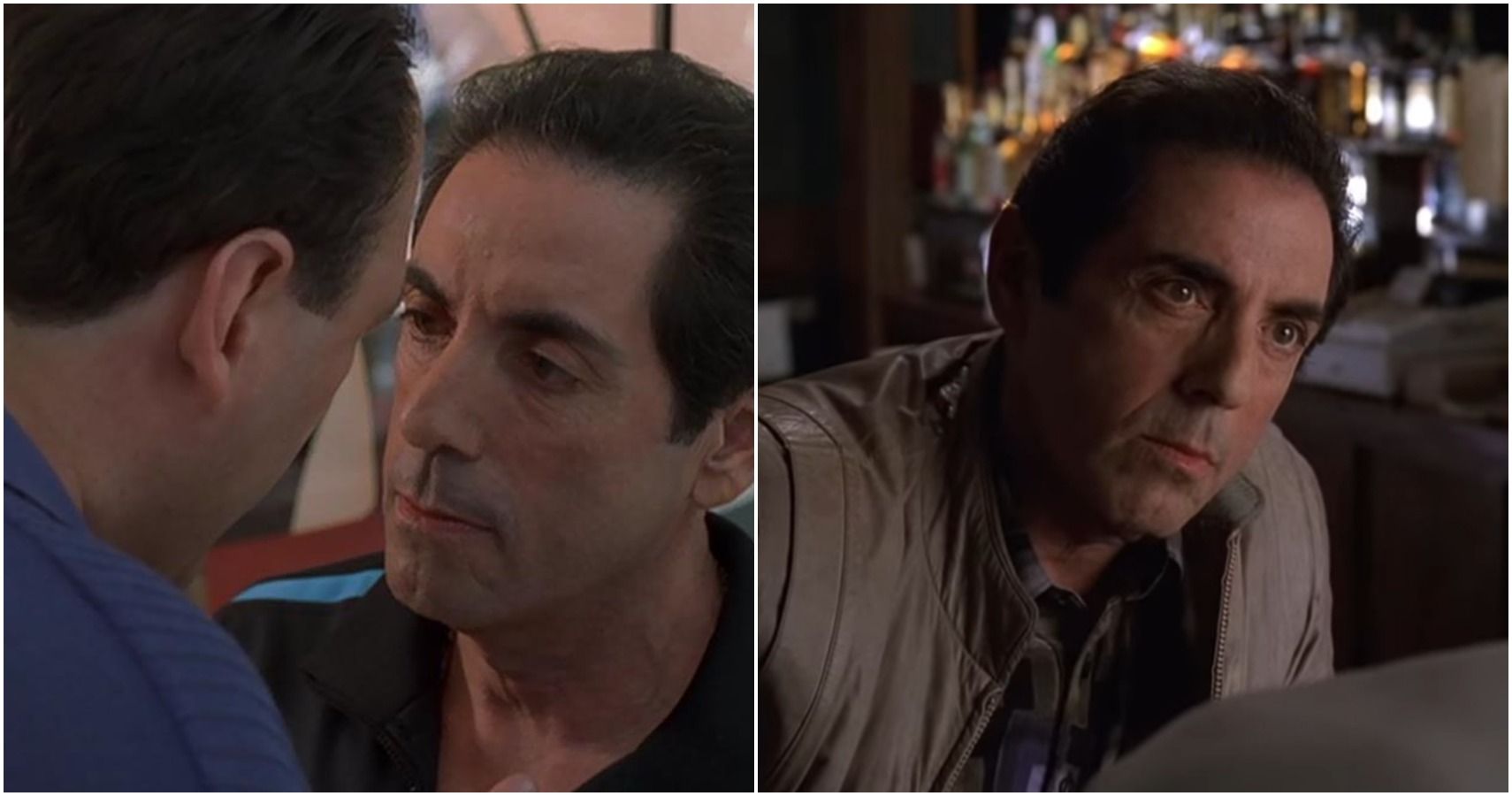 Richie Aprile only appeared in two seasons of but left a lasting mark, thanks to his impulsiveness, lack of remorse, and penchant for violence. Unlike Tony, Richie rarely smiled, thus portraying himself as a tough gangster at all times. Some fans have argued that he was killed off too soon. Season 2—in which Richie had the most appearances—is often considered the show's best.

RELATED: The Sopranos: The Best Episode Of Every Season Ranked, According To IMDb

The Sopranos often had a common way of introducing new mob members. The show would often reveal that they had just been released from prison. Such was also the case for Richie. Like many other gangsters, life in prison had hardened him instead of making him a better man. And several people faced his wrath.

In Season 2's "House Arrest," Richie began selling drugs on garbage routes managed by the DiMeo crime family's sanitation company. He did this to increase his income as he wasn't content with what he was getting. As expected, Tony was infuriated because he knew that Richie's actions would attract the FBI and the DEA.

Worse still, Junior joined Richie in the cocaine business just to piss off Tony. As someone who had just left prison recently, Richie should have known how risky selling drugs was. Fortunately for him, selling drugs didn't have grave consequences like his other actions.

9 Sleeping With Janice In Livia's House

Days after he was released from prison, Richie began courting Janice again. The two had dated when they were much younger. Janice was reluctant to rekindle the relationship but she ended up doing so.

Tony soon learned that Janice had taken out a loan on Livia's house in order to renovate it. This angered him and when he went there to reprimand his sister, he found Richie with a vest and boxers. Tony considered it disrespectful. He even ordered him to wear pants but he refused. Richie's behavior only added to the rising tensions between the two.

8 Assaulting A High-Ranking Mob Member And Taking His Jacket

While he was still a youngster, Richie got into a fight with Rocco Essex County gangster Rocco DiMeo. Despite Rocco having a tough reputation, Richie beat him up badly and took his jacket. This impressed Ercole DiMeo who began giving Richie high profile jobs before turning him into a mad man.

RELATED: 10 Actors You Forgot Appeared In The Sopranos

Later in the series, Richie gave Tony the brown jacket he took from Rocco as a gift. Tony didn't appreciate it. He proceeded to give the jacket to his maid's husband. When Richie learned about this, he was infuriated.

7 Using A Gun During Intimacy

Richie and Janice had a rather interesting sex life. In Season 2's "Bust-Out," Richie was seen making love to Janice. Interestingly, he had a gun to her head. Why anyone would do that is baffling. The scene was weird enough to make any viewers nervous. Luckily, nothing bad happened.

Janice seemed to like Richie's weird mannerisms when making love. She later bragged to Carmela how she and Richie normally did wild things that no mistress would ever match.

Richie gave a loan to Tony's childhood friend David Scatino who happened to be addicted to gambling. When Scatino began to miss out on payments, Richie cut him off and banned him from card games.

Eager to play, Scatino still managed to convince Tony to let him play in one of his executive games. Scatino was out of luck. Not only did he lose money but Richie also showed up and found them there. He proceeded to assault him, thus scaring the other players who weren't gangsters. They quickly gave excuses and left, making Tony lose out on plenty of funds.

5 Taking Over Scatino's Only Business

Since Scatino was unable to pay his debts to Tony and Richie, they forcefully made themselves partners in his business, Ramsey Sports and Outdoors. They racked up the business debt by taking goods and selling them in the black market.

RELATED: The Sopranos: 10 Ways The Pilot Was Different From The Rest Of The Show

Given how much he owed, Scatino could do nothing about this new development. He became suicidal but Tony and Richie had no mercy on him. Due to his declining mental state and poor financial status, Scatino's wife divorced him. Scatino was eventually put in a mental institution.

Matt and Sean started out as Christopher's soldiers. They didn't like him because he was constantly harsh to them. When they learned that Richie didn't like Christopher, they decided to impress him by planning to whack Christopher.

The two ambushed Christopher and shot him three times but he managed to fire back and kill Sean. Matt fled before confessing to Richie that they were carrying out the hit as a favor to him. Instead of protecting Matt, Richie chased him away. After being abandoned, he got killed by Big Pussy.

Eager to become the wife of a boss, Janice began filling Richie's head with the wrong ideas. She kept telling him that Tony didn't appreciate him, claiming that the DiMeo family would be better off if he (Richie) was the don.

Richie dismissed Janice's words at first. As time passed, the idea of whacking Tony became appealing to him. He approached Junior with the idea of eliminating Tony but Junior dismissed him. When Richie reminded Junior that he had wanted to whack Tony too not so long ago, he bought into the idea too.

2 Running Over Beansie With A Car

Beansie was a DiMeo crime family associate who dealt in heroin and worked under Richie before the capo was jailed. Luckily, Beansie managed to avoid prosecution. Realizing how lucky he was, Beansie quit crime and used the money he had made to open a couple of pizza joints. His relationship with Tony remained good. The mobster even used his joints to launder money.

RELATED: Which Character From The Sopranos Are You Based On Your Chinese Zodiac?

When Richie got out of prison, he became jealous of Beansie and tried to extort him. During a meeting at one of the pizza joints, Richie smashed a pot of hot coffee over Beansie's head before beating him up. Later, he confronted him with a gun before running him over with his car. Beansie was thus left paralyzed.

1 Punching Janice In The Mouth

Richie returned home one night in a furious state after learning that his son Richard Aprile Jr. was practicing ballroom dancing. He was bothered by the fact that Richard could be gay. Janice couldn't understand why he was so angry and told him that she didn't care if Little Ricky was gay.

Richie reacted to Janice's remarks by punching her in the mouth. He proceeded to mock her, thus hurting her even further. Quickly, Janice walked out of the room and came back with a gun. In a shocking turn of events, she shot Richie in the chest. What made the incident even more shocking is that the two were in the final stages of planning their wedding.

NEXT: The Sopranos: The 10 Worst Things Paulie Ever Did In The Show