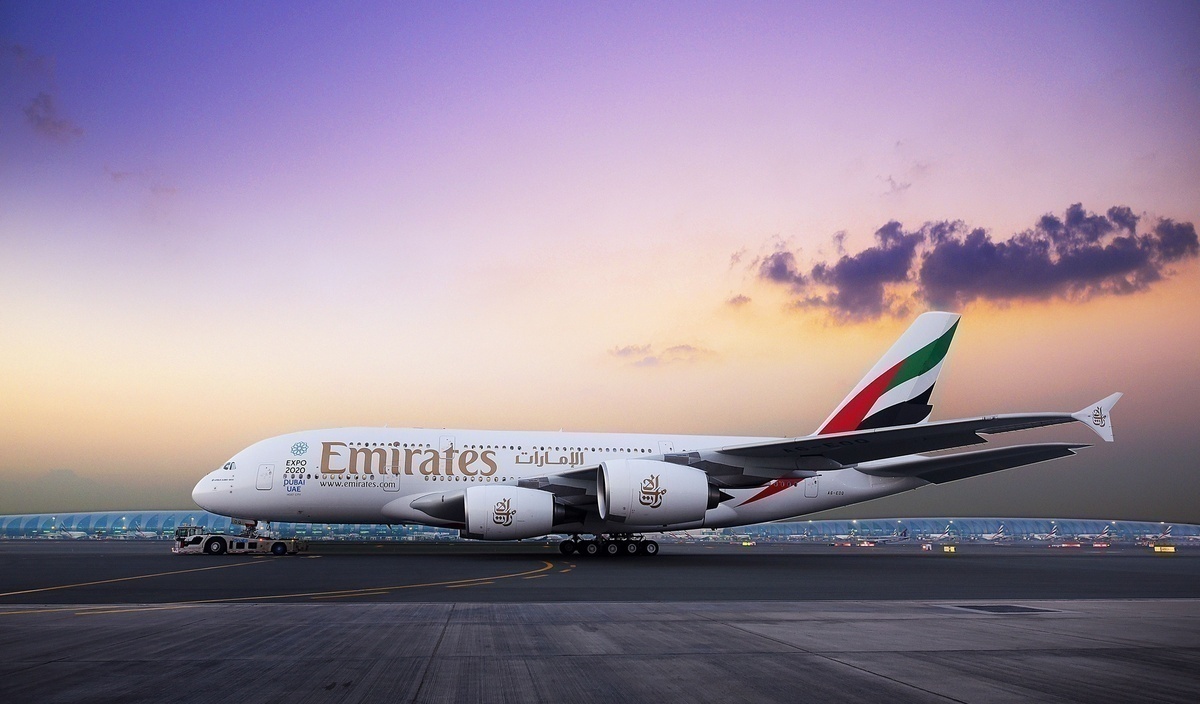 After years of anticipation, Emirates finally revealed its premium economy to the world last December. It’s still early days, but the Dubai-based carrier has high hopes for the seating. The airline’s president, Sir Tim Clark, spoke with Simple Flying about the cabin’s appeal and what we can expect with the product.

In the spring of 2018, Clark confirmed the rumors. He said that his company would be installing premium economy on its latest superjumbos. This news had customers of the airline excited, keeping an eye out for the launch date of the new addition.

This class would sit between economy and business, a setting that had been becoming more prominent across airlines, particularly on long-haul services. Advantages for those boarding the cabin with carriers that provide premium economy include larger seats with more recline, higher levels of service, and greater rewards in regard to loyalty programs.

Despite the confirmation premium economy, at the time, Clark shared that he was still treading carefully with the launch. Overall, he wanted to make sure that the numbers all added up. Therefore, Emirates took its time with the program.

Clark was integral to the introduction of the class. At the end of 2018, he shares that there was had competition among seat manufacturers to “spec out the designs” that Emirates wanted. Most of the existing seats are also tailored designs, and this offering would be no different. The executive declared that the seats needed to be able to cradle the legs and feet. They would also need to have a deep recline similar to a railway-style sleeperette instead of a sloping sleeper or angled flatbed.

Thus, it was expected that Emirates would introduce the premium economy seat sometime in 2020. Passengers were left in anticipation for most of the year, but just before 2021 arrived, the airline made the big reveal!

Altogether, the A380 premium economy cabin offers 56 seats in a 2-4-2 layout. Key features of the cabin include:

Amid the big unveiling of December 2020, Emirates shared that its newest A380 aircraft from Airbus holds the new class. Moreover, the company’s remaining order of five A380s would also be delivered with the cabins throughout 2021 and 2022. Premium economy will also be installed on some of the airline’s Boeing 777X aircraft. Moreover, there are plans to retrofit existing superjumbos.

Even though there wasn’t initially any rush to refit aircraft, Emirates may need to pick up the pace amid customer demand. Clark recently shared that he is shocked with the positive response, claiming that customers have been clamoring to get into them. He highlighted that people have been paying whatever the carrier has asked them to pay to get into the cabin.

Today, Clark feels that premium economy will be a sweet spot in terms of demand. Altogether, the cabin will help the airline be well placed following recovery in the industry. There are particular market segments that are well suited to this offering, and once the conditions allow, these passengers will be flocking to try out the cabin.

“It was important that we produced a world-class premium economy, of course, so that it caught the eyes of the media and a lot of our traveling public who we introduced it to without charging for it. But if the pundits are correct about the diminished corporate segments of them, I don’t share that view, by the way, but if they are right, then there’ll be a lot of people traveling today who couldn’t necessarily afford the business class cabins, talk about the baby boomers in Europe, would be very happy to sit in our premium economy cabins on 380s,” Clark told Simple Flying.

“After all, when you look at it, the 380 premium economy cabin is absolutely beautiful. If I say myself. But, the height of the cabin, the width of the cabin, the eight-abreast seating, the 38-inch pitch, and all the other bits and pieces we’ve thrown at it with the beautiful wood veneers on the window lines, and everything else has changed. It’s really a class product. So, I think these people will be quite happy to travel on that and pay the premium above the higher economy fare brackets. So, yes, we will roll out at pace. We’ve got to convert a lot of the airplanes in the process of getting premium economy to market. That’s a high priority for us.”

At the end of last month, the final Emirates A380 left Airbus’ Toulouse facility for Hamburg to receive paint, interiors and enter final testing. The plane’s delivery will mark the end of the A380 production line. Moreover, this unit will be the latest A380 to feature premium economy. The Airbus A380’s production program is coming to a close, marking the end of a short but significant era. However, for Emirates, the giant will remain a crucial part of its operations in the next chapter.

The airline relies on the plane heavily amid its hub model. With the premium economy being such a key factor for the firm and its customers, and there being notable delays to the 777X program, the A380 will feature prominently for Emirates for years to come.

What are your thoughts about Emirates’ premium economy? Are you looking to try out the cabin? Let us know what you think of the airline’s offering in the comment section.

How Some Boeing 737s Are Equipped To Land On Gravel