The first super typhoon of the season in the West Pacific made a close approach to the Eastern Philippines this weekend. The first super typhoon of the season in the West Pacific made a close approach to the Eastern Philippines this weekend.

While it is no longer a super typhoon, it is still a powerful typhoon, equivalent to a category 4 Atlantic hurricane.

The current track has Surigae slowly weakening as it moves parallel to the central and eastern Philippines over the next 24-36 hours.

Based on the closeness of Surigae to eastern sections of the Philippines, a signal 2 alert remains in effect for parts of Luzon, Visayas, Northern Samar, Eastern Samar, Samar and Mindanao, according to the Philippine Atmospheric, Geophysical and Astronomical Services Administration (PAGASA).

This means winds over 60km/h and up to 120km/h are expected within the next 24 hours.

Additionally, heavy rainfall is expected in these areas that could produce flooding, flash flooding and rain-induced landslides.

Rainfall over the past two days of 146 mm was measured in Catbalogen and 97 mm in Guiuan in the Visayas province. 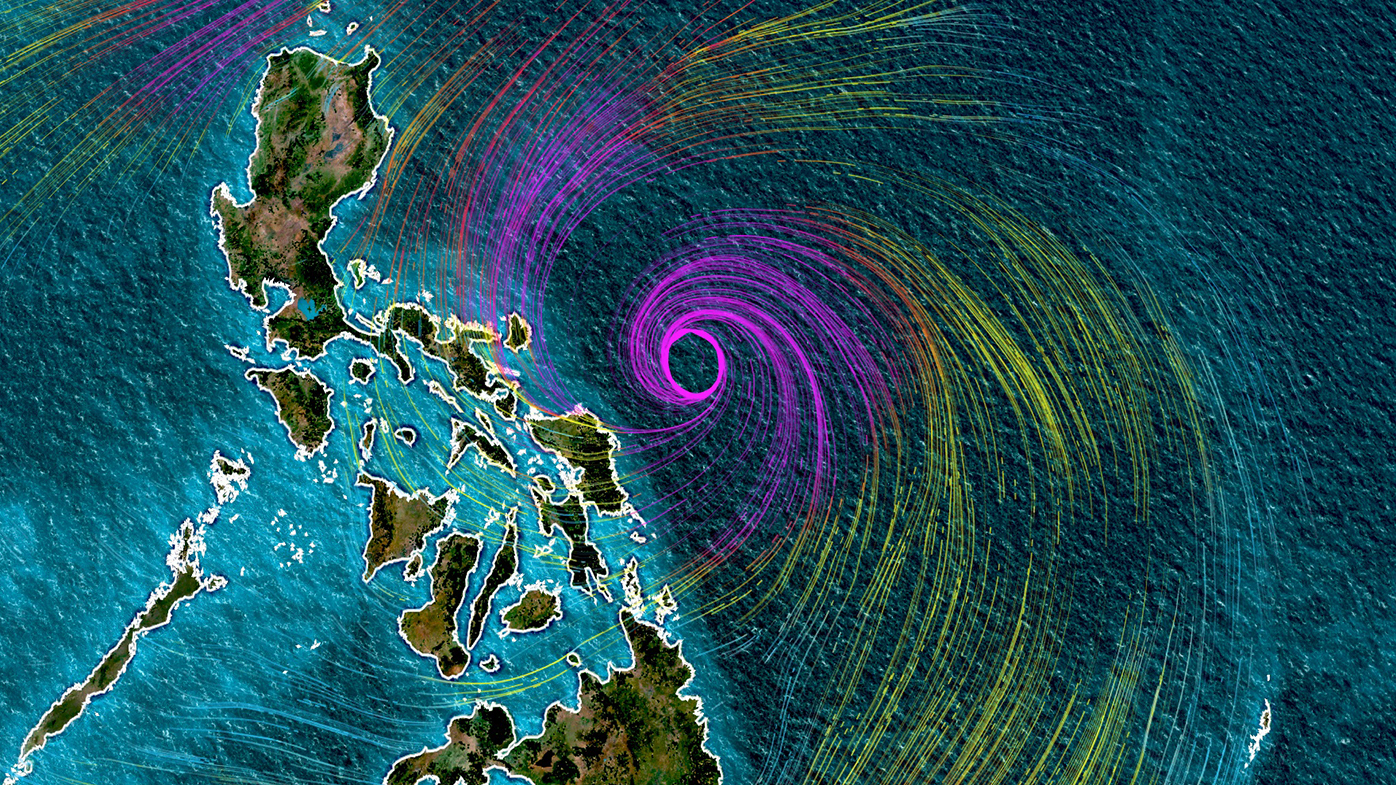 Super Typhoon Surigae began slowly moving toward the Philippines after it developed earlier this week, rapidly intensifying Friday, and then again Saturday.

Rapid intensification occurs when a tropical cyclone strengthens 56km/h in a 24-hour period.

This rapid intensification happened because of the ideal conditions for typhoon development: Wind shear, or the changing of wind speed and direction with height in the atmosphere, has been very low.

High wind shear can tear storms like this to pieces, but low shear allows them to feed off the extremely warm waters and flourish into a powerful storm.

Continued low shear and excellent outflow will allow Surigae to thrive in the warm water that is running a few degrees above normal for this time of year.

Forecasts have been consistent, keeping Surigae's track from directly making a landfall on the Philippines.

It will continue to move parallel to the central and eastern Philippines before turning northward toward southern Japan.

A trough of low pressure moving through that region will likely steer the storm away from any other populated areas.

Even though Surigae remained offshore this weekend, it will need to be monitored into next week as it slowly moves to the north-west and north.

How much the storm curves will determine the impacts for north-eastern portions of Luzon.

Some weather forecast models show the storm getting extremely close to this section of the Philippine coast by tomorrow and Wednesday, but other models and official forecasts continue to be farther offshore with limited impacts.

Africa could become next virus epicentre with 1.3b in firing...