Last year marked half a century since the crew of the Apollo 11 mission landed on the moon.… 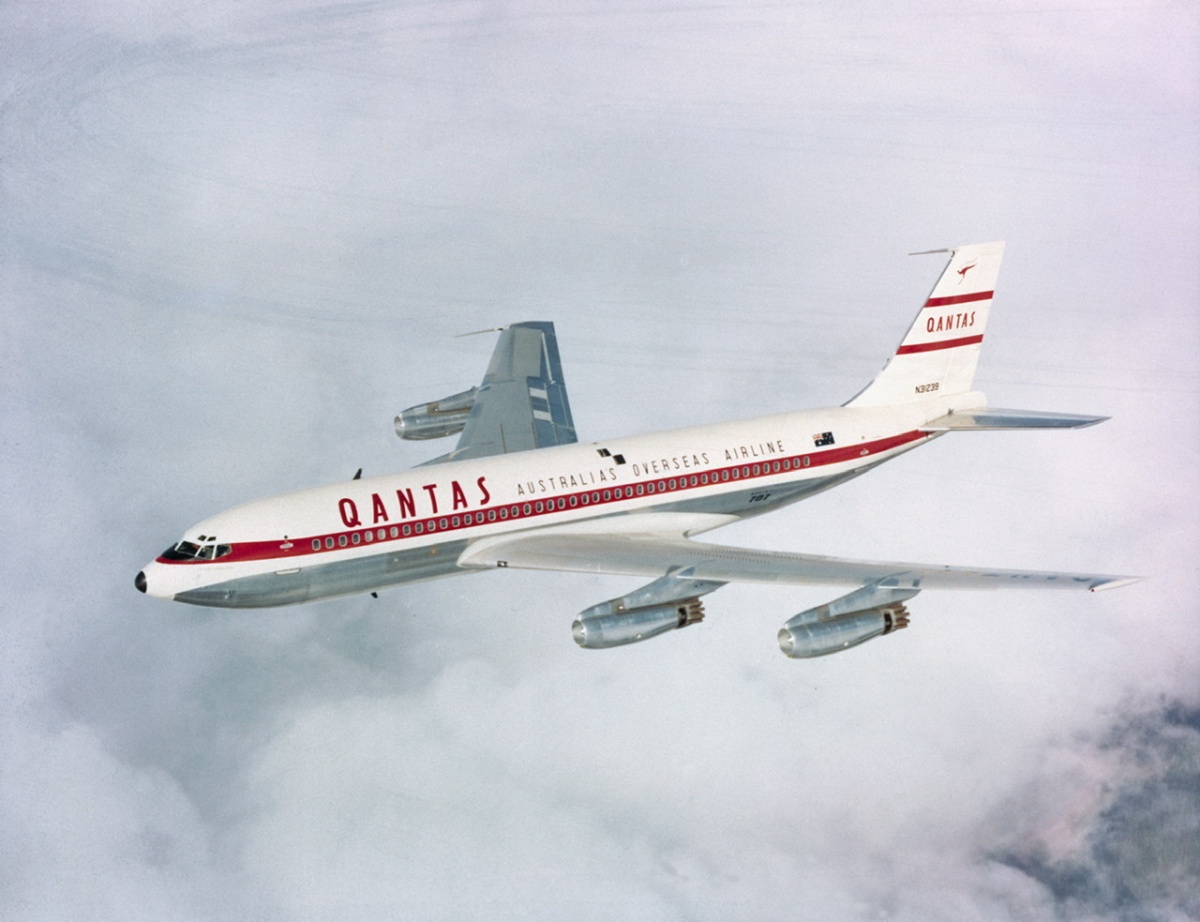 Last year marked half a century since the crew of the Apollo 11 mission landed on the moon. The incident was so groundbreaking that on July 24th, 1969, Qantas delayed one of its services so that its flight crew and passengers could be the first to witness the spacecraft reenter the Earth’s atmosphere.

According to Qantas Roo Tales, a Boeing 707, performing flight QF596 from Brisbane to San Francisco was purposely running late by two hours. Captain Frank Brown had anticipated the return weeks in advance. Therefore, he kept on checking his service’s flight path so that those he was carrying could be part of a once in a lifetime opportunity.

His flight would travel around 280 miles parallel to the Apollo team’s re-entry path. Therefore, fliers were in for a treat when they witnessed this extraordinary event in the skies. The 707 model made history by becoming Boeing’s first-ever jetliner. However, it became part of another historic event with this flight.

Neil Armstrong, Buzz Aldrin, and Michael Collins may have been dining on freeze-dried beef and vegetables on their adventure. However, customers with first class tickets on this Qantas flight were treated to Apollo-themed cuisine. Dishes included ‘Chilled Lunar Lobster’, ‘Loin of Lamb Aldrin with Splashdown Sauce’, and ‘Duckling a l’Armstrong’.

A moment to remember

As the spacecraft entered Earth’s atmosphere, passengers could see a series of bright lights for around three minutes before the vehicle disappeared over the horizon. To celebrate the unique occasion, each passenger was given a commemorative certificate. One of those on board was 12-year-old Trevor Hiscock, who couldn’t believe what he saw.

Hiscock said the following at the time, according to Roo Tales:

“My eyes felt as big as the portal windows I looked out of. All of a sudden a green and another red ball (similar to the look of a flare) zoomed by whilst descending gradually…they were vectoring away, not sharply, from a parallel course with us.”

Captain Brown’s position was so prominent that he had the honor of describing the event to the world via ABC Radio Australia. He saw the Apollo 11’s service module break up before the command module continued to fall steadily to earth. This sighting was the first visual confirmation of the crew making it back to Earth. The astronauts soon successfully splashed down in the middle of the Pacific Ocean.

Ultimately, passengers on this flight would be okay with a moderate delay if it meant that they could experience this treat. The Apollo 11 mission is a legendary event that will still be talked about for many generations.

What are your thoughts on this Qantas Boeing 707 flight being delayed due to the return of the Apollo 11? Let us know what you think in the comment section.

Boeing Will Restart 787 Manufacture In Charleston

Was The Cockpit Voice Recorder Tampered With On A Nordwind...