The Tri Nations equations: What the Wallabies, Pumas and All Blacks need to do to win

It’s hard to know exactly how SANZAAR have managed it, but not only has the 2020 Tri Nations tournament had more life in it from the outset than ever imagined, but it would seem to be gaining excitement with every result. The Wallabies beating New Zealand in Brisbane to square the ledger from a belting […] 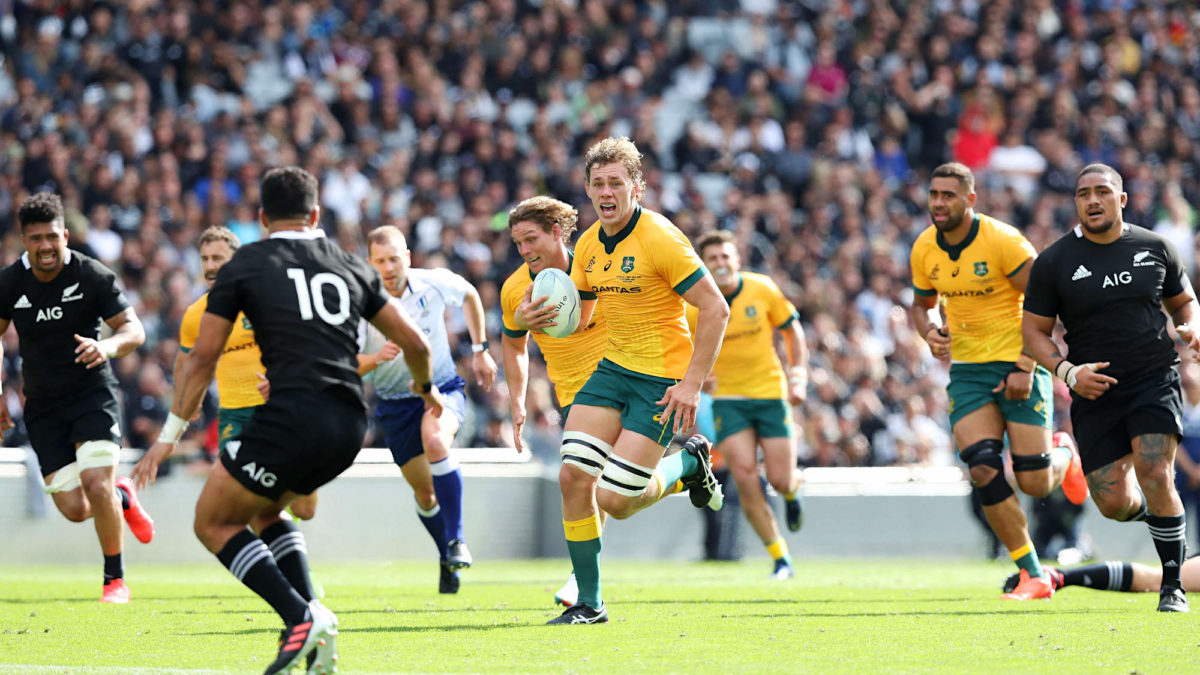 It’s hard to know exactly how SANZAAR have managed it, but not only has the 2020 Tri Nations tournament had more life in it from the outset than ever imagined, but it would seem to be gaining excitement with every result.

The Wallabies beating New Zealand in Brisbane to square the ledger from a belting the week before was one thing, but Argentina’s stunning win over the All Blacks in Sydney a week later was something else again.

Now, with the Pumas and Wallabies playing out a tryless draw in Newcastle, it’s all locked up with two games to play. It wasn’t the case last week, but the competition is anybody’s once again.

So what are the scenarios involved for each of the three nations to take home the Tri Nations trophy? Who needs to do what to claim the piece of southern hemisphere rugby silverware?

Here are the current standings:

The All Blacks have a strong points differential of +26, with the 38-point win in Sydney largely responsible for that. The two- and ten-point losses that followed have dented their for-and-against, but it’s far from terminal. It’s hard to see tries scored being required for calculations, but New Zealand’s 11 is unlikely to be caught by the other two teams.

The equation, therefore, is simple enough: an All Blacks win over Argentina in Newcastle on Saturday will push them to ten points, and 11 with a bonus point.

That extra point could prove helpful, with Australia having only one game to come as well, as a five-point gap and significantly worse for-and-against will be difficult to haul in. It’d effectively seal the title this weekend.

Los Pumas are the biggest threat to another All Black title, simply because of the game in hand.

Argentina’s six points come courtesy of the win over New Zealand, and the two points for the draw with Australia on the weekend in Newcastle.

The Pumas have the best defensive record currently, conceding just two tries and only 30 points in total across their two games.

Their for-and-against sits at +10: the winning margin over the All Blacks.

Wins in both remaining games would obviously be the easiest way for Argentina to claim the Tri Nations, and on current form, that doesn’t seem as unlikely as it might have been two weeks ago.

One win may not be enough, however.

Even if they beat New Zealand again this weekend, they may not prevent Australia overtaking them with a bonus-point win the following week.

More likely, perhaps, would be if they were able to take a losing bonus point out of the All Blacks game this weekend, which would also ensure they remained within four points of New Zealand.

This would then open up a shot at the title with a bonus-point win over Australia in the final round.

However, the assumption in all this is that the Pumas can find ways of creating tries, something they’ve not shown a lot of evidence of in their two games to date.

Nicolas Sanchez’s five-pointer against New Zealand remains their one and only for the competition and it had a large degree of good luck rather than good management about it. They didn’t look like threatening the Wallabies’ line in Newcastle, and have barely been sighted in the opposition 22 in their last 120 minutes of Test rugby.

The Wallabies’ equation is similarly as clear as New Zealand’s, though they will at least have the benefit of playing the last game and knowing exactly what is needed before kick-off. 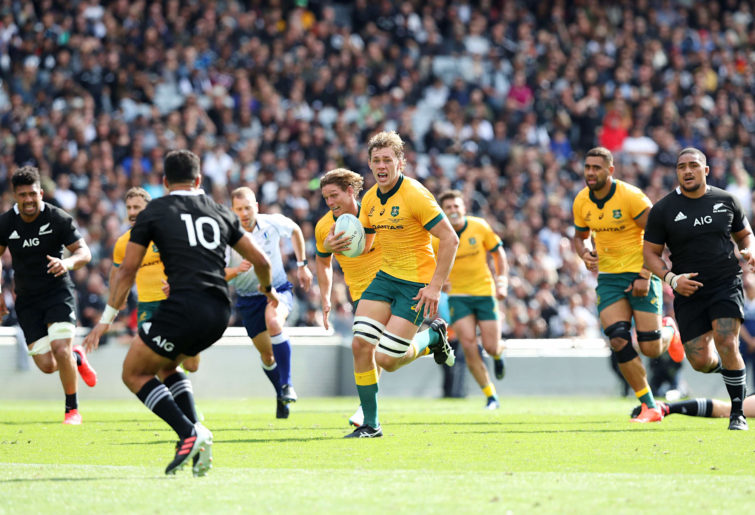 Like Argentina, Australia’s six points also come via their win over New Zealand in Brisbane, and the two points for the draw with the Pumas in Newcastle.

Their defensive record isn’t great, however, conceding nine tries and 80 points in three games, for just 44 scored themselves. A differential of -36 will need a monumentally magic night out to turn positive in just one game.

From a Wallabies point of view, it won’t really matter who of the All Blacks and Pumas win this weekend, only that neither do it with a bonus point.

This would therefore maintain the gap at no more than four points, and open up the chance to finish on top with a bonus-point win over Argentina in the final game.

A New Zealand bonus point this week would quite likely kill off the Wallabies’ hopes with as big a margin in the points differentials as currently exists.

In fact, from a Wallabies point of view, the best result this weekend in Newcastle would be an Argentina-New Zealand draw!

The way this international season has played out to date, you couldn’t rule it out.

Rob Simmons is not lazy

Drop-goals, debutants and an impending All Black bounceback:...

A fan favourite scrumhalf selection is great news for the...

The Wrap: Four rugby mates walk into a bar…