The Twilight Zone is back with more tales from the fifth dimension. Jordan Peele‘s revival of the classic Rod Serling supernatural anthology series has set its season 2 premiere for this June on CBS All Access. CBS announces the date, along with the release of the season 2 trailer, on National Twilight Zone Day, one of […] The post ‘The Twilight Zone’ Season 2 Trailer Reveals June Premiere Date appeared first on /Film.

It’s National Twilight Zone Day, apparently, which means there’s no better time to release a premiere date and an official trailer for Twilight Zone season 2. The Jordan Peele and Simon Kinberg reimagining of Rod Serling’s classic TV series returns June 25 on CBS All Access, with all 10 episodes of the anthology series set to drop all at once. Those 10 episodes will dive deeper into the show’s “introspection and self-exploration to usher viewers into a dimension filled with endless possibilities.”

Judging by the trailer, the new episodes will be deliver even more supernatural thrills, with the genre veering into horror sci-fi at some points (vats filled with mysterious liquids and tentacled creatures from the deep abound). While that seems like fun escapist stuff to watch in quarantine, The Twilight Zone comes at an odd time, when our own lives feel like we’re living in an extended episode of the supernatural series. But the theme of the series appears to remain the same as when Serling graced American TV screens in the 1960s, as aptly observed by a character in the trailer: “They’re not the monsters, we’re the monsters.”

CBS renewed The Twilight Zone, which is executive produced by Peele and Kinberg through their Monkeypaw Productions and Genre Films banners, respectively, in April 2019, shortly after the sci-fi anthology series premiered on CBS All Access to lukewarm reception. However, reviewers praised the series’ political parables and socially conscious messaging, with /Film’s own Chris Evangelista calling the season “something exciting and vibrant, loaded with a cavalcade of stellar actors in colorful, memorable roles. It doesn’t always work, but when it does, The Twilight Zone is exquisite.” I personally didn’t continue the series after being underwhelmed by the first episode — the episode’s longer runtime weighed down an interesting premise — but it seems that enough people were watching the show on CBS All Access (which, like Netflix, doesn’t reveal its viewership ratings) to warrant a second season. 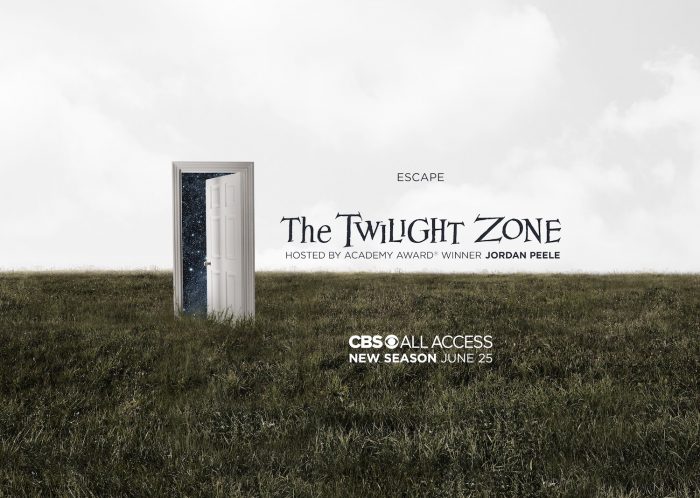 Marvel Studios Has “Zero” Plans for ‘Deadpool 3,’ According to Creator Rob Liefeld

Shanghai Disneyland Has Reopened and It Shows Us How Coronavirus Will Change Theme...