Ravi Shastri, the head coach said India was taking it one series at a time and not focussing on the road to the World Test Championship final. India will take on New Zealand in the final of WTC in England in June. India head coach Ravi Shastri said his team was not focussed on the World Test Championship and took one series at a time, adding the premier inaugural Test tournament was more of a ‘shifting goalpost’ in the wake of the COVID-19 pandemic. He credited the whole team for stunning comebacks in both Australia and England Test series. Ravi 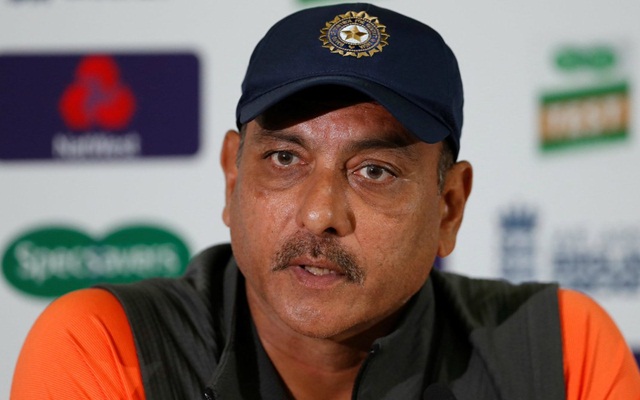 Ravi Shastri, the head coach said India was taking it one series at a time and not focussing on the road to the World Test Championship final. India will take on New Zealand in the final of WTC in England in June.

India head coach Ravi Shastri said his team was not focussed on the World Test Championship and took one series at a time, adding the premier inaugural Test tournament was more of a ‘shifting goalpost’ in the wake of the COVID-19 pandemic. He credited the whole team for stunning comebacks in both Australia and England Test series.

Ravi Shastri, speaking to the official broadcaster, said India’s success in the longest format of the game did not come overnight and it has taken years of hard work from the players and the support staff.

India qualified for the World Test Championship final after beating England 3-1 in the 4-Test series. After going down 0-1 with the big defeat in the first Test in , India fought back and won 3 matches as they dominated on spin-friendly wickets at home. The series win comes months after India scripted a similar comeback to beat Australia in Australia 2-1.

India completed an innings and 25-run win in the 4th Test, which ended within 3 days. Youngsters Rishabh Pant and Washington Sundar stepped up when India was in a spot of bother in the first innings, in response to England’s first-innings total of 205.

“The whole team deserves credit. They have worked hard, this is not something that has come overnight. It has been hard work for over 2 and half years. And for those two years, it’s been six years prior to that,” Shastri told Star Sports.

“The boys took one series at a time. They weren’t really bothered about the World Test Championship. Let me be honest here. The goalpost shifted often. We were on top of the table and then it changed to a percentage system when you were not even playing. Don’t mind all that. 520 points, we deserve to be on top of that table and playing that final,” he added.

Rishabh Pant smashed a century against England in the fourth Test at the Narendra Modi Stadium. India needed him to fire as they were reeling at 80/4 with the top four batsmen in the pavilion. But Rishabh Pant ensured that India takes the lead in the first innings as he hit an important 101 to take the hosts past England’s total of 205.

Ravi Shastri: What Rishabh Pant And Washington Sundar Did Was Unreal

India won the 4th and final Test by an innings and 25 runs by bowling out England to 205 and 135 after scoring 365 courtesy Rishabh Pant’s 101 and Washington Sundar’s unbeaten 96 as he ran out of partners.

Washington Sundar made a debut to remember for India in the longest format, scoring 84 runs and bagged 4 wickets, as they beat Australia by 3 wickets in Brisbane to clinch the series 2-1 and retain the Border-Gavaskar Trophy for the second time in succession at Down Under.

Washington Sundar made his ODI debut back in 2017 against Sri Lanka which so far is his only ODI but the off-spinner has also played 26 T20Is. He has played 4 Tests so far. He scored a crucial unbeaten 85 in the 1st Test against England at Chennai. He has also picked up 6 scalps so far.

Speaking about the efforts from the youngsters, Ravi Shastri added: “Well, it’s a great feeling. It’s particularly satisfying in this format when you see youngsters coming through the ranks and performing as well as they have. What Rishabh Pant and Washington Sundar did was unreal. The pressure was on us and to apply themselves and get the team to 360 was unreal.”

India needed at least a 2-1 series win against to make it to the World Test Championship final. As Ravi Shastri pointed out, India was on top of the table before the COVID-19 pandemic but the ICC brought in changes to the system, prioritising win percentage points.

Confidence Helped Me To Equal Dilip Doshi’s Record Of 27 Scalps In Debut Series:...

Sania Mirza sees many similarities between her husband...